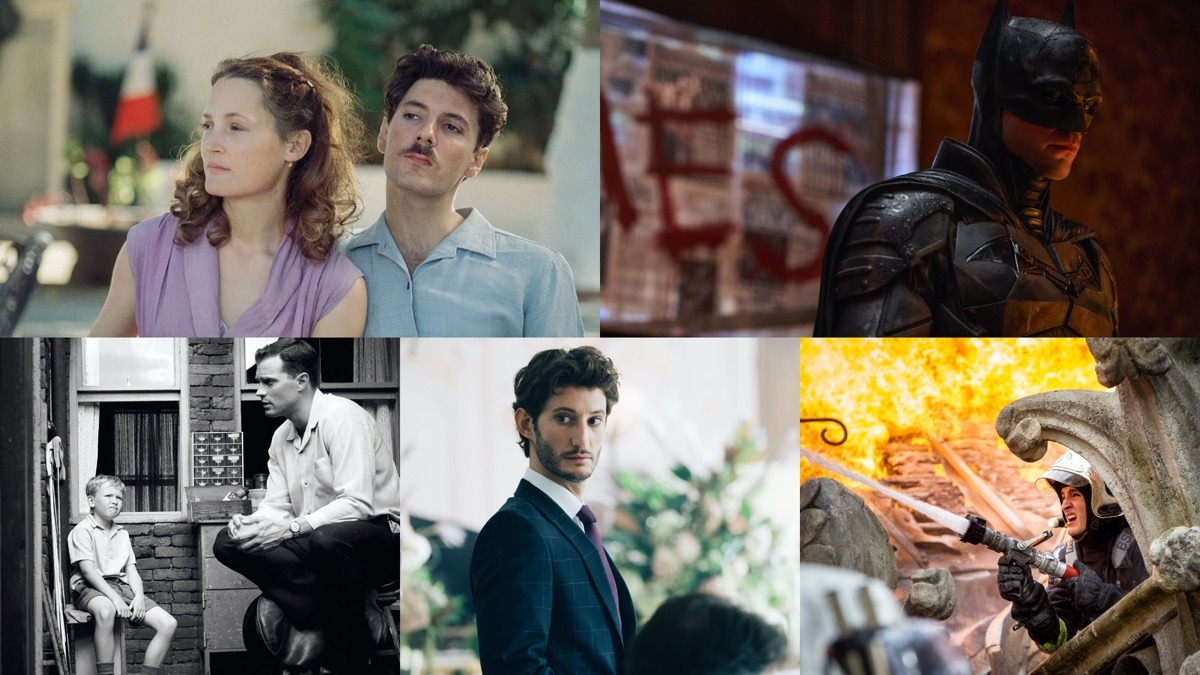 “The Batman” by Matt Reeves, “Notre-dame brule” by Jean-Jacques Annaud, “Goliath” by Frédéric Tellier, “Of our wounded brothers” with Vincent Lacoste…Here are 5 films to see during the Printemps du Cinéma , which allows you to benefit for three days, from Sunday 20 to Tuesday 22 March inclusive, from a single price of 4 euros for all sessions.

“The Batman” by Matt Reeves

Ten years after Christopher Nolan’s remarkable Dark Knight trilogy, Matt Reeves takes the reins of “The Batman”, opting for strong choices, both in substance and in form. Long-awaited by fans, this new film on DC’s most famous vigilante succeeds in many daring bets, such as living up to the work of Christopher Nolan, highlighting Robert Pattinson in a surprising role , to offer a marked humanity to the superhero or not to lose the viewer despite a film lasting close to 3 hours.

To achieve these feats, Matt Reeves, known for his work on Cloverfield and The Planet of the Apes, relies on a resolutely dark universe, even more marked than in the Dark Knight trilogy. The general atmosphere is tinged with darkness, whether in the look of the characters, in the dialogues or even the choice of music. The achievement is remarkable, both in terms of content, with a solid script that keeps the viewer in suspense thanks to multiple twists, and in form, with tight shots allowing greater proximity to each character.

Brilliantly blending explosive fight scenes with a return of Batman to his first love, which is investigations, this version from Matt Reeves reveals even more about the Bat’s past. This film also brings a greater share of humanity to Bruce Wayne, who episodically reveals feelings, a rare thing in his universe.

Peaceful streets turned into a war zone. With “Belfast, crowned best British film at the 2022 BAFTAs, Kenneth Branagh looks back on the Northern Irish violence of the late 1960s, through the innocent eyes of Burdy, a 9-year-old boy. These clashes, the British filmmaker witnessed in his youth. From the first minutes of the film, the context is set.

Protestants invade the street where Burdy (Jude Hill) and his parents, Protestants and workers live, and attack Catholic families to force them to flee. Then riots break out throughout the city, which takes on the air of a western. Rhythmed by the scores of Van Morrison, this feature film is carried by a high-flying cast. We can only salute the sincere and nuanced performance of young Jude Hill and Caitríona Balfe. Loving, devoted, and quietly elegant, this mother tries to make the right choices when her debt-ridden husband, played by Jamie Dornan, alias Christian Gray in the erotic saga “Fifty Shades of Grey”, is forced to work in England as a carpenter.

In addition to these two actors of Irish origin, who form a close-knit and authentic couple, we also come across the Oscar-winning actress Judi Dench (“James Bond”), luminous in the role of the grandmother, as well as Ciaran Hinds, the great -father “pop”. This duo greatly contributes to the success of this film mixing humor and emotions, and dedicated “to those who stayed, who left, and to all those who were lost”. If we liked “Belfast” so much, whose visual universe recalls the work of Henri Cartier-Bresson, it is also because the staging is removed, millimeter, and the photography splendid. Apart from a few color shots, including the opening scene showing the current city, the film is entirely shot in black and white.

“Notre-Dame Is Burning” by Jean-Jacques Annaud

Almost three years ago, on April 15, 2019, Notre-Dame Cathedral in Paris caught fire and nearly collapsed. If today, the 850-year-old building is still standing, it is thanks to the titanic and heroic fight of the firefighters, to whom the director Jean-Jacques Annaud pays a very beautiful tribute in “Notre-Dame burns”. This brilliantly produced film recounts hour by hour the unfolding of the tragic fire, from the first alert, given during the 6 p.m. mass by the recently hired security system guard, until the early morning of April 16.

By sticking as closely as possible to reality, it strives to show how this world-famous monument, symbol of Christianity, was saved thanks to the police, the conservators, and above all, the courage and tenacity of the firefighters. These heroes put their lives in danger to recover hundreds of sacred objects – including the famous crown of thorns locked in a safe, the key of which had to be found when there are more than 700 for the entire monument – and extinguish this gigantic fire, which took hold in the attic during the Easter celebrations.

The 78-year-old filmmaker recalls that the means were weak, but the determination of these men and women on the ground, immense. Highly anticipated, the feature film produced by Jérôme Seydoux is carried by sublime sets reconstructed identically, such as for example the four bells of the belfry, and the status of the Virgin “Our Lady of the pillar”, and is accompanied by an excellent cast. This film, a breathless thriller where tension flirts with emotion, offers the public the opportunity to experience from the inside this event which caused the turmoil of the world.

Rewarded with the César 2022 for best actor in a supporting role for his performance in “Lost Illusions”, Vincent Lacoste is on the poster for the film “From our wounded brothers”, adaptation of the book inspired by a true story by Joseph Andras, winner of the Goncourt prize for the first novel in 2016, but which the writer refused. In this historical drama, directed by Hélier Cisterne, the actor slips into the skin of Fernand Iveton, forgotten during the Algerian war.

This worker in favor of Algerian independence was arrested for having planted a bomb in a disused room of his factory. He is only guilty of intent to sabotage. He didn’t kill or hurt anyone. However, this man, the son of a communist militant, was guillotined at the age of 30 in the courtyard of Barberousse prison, in Algiers, in 1957. This strong, relevant and necessary film retraces his commitment, his simulacrum of trial, but also his idyll with Hélène, camped by Vicky Krieps, a Polish woman who fled communism, agreed to live in Algeria for love, and tried to protect her son, the fruit of a previous union.

With tact, the filmmaker questions the reason of state by making visible certain atrocities of the war, between capital punishment, torture and arbitrary arrests. “I think we have to talk about this period tirelessly, face its gray areas, its faults. Look her in the face,” said Hélier Cisterne, who surrounded himself with a solid cast. Vincent Lacoste, who we don’t usually see taking on such a role, perfectly embodies the convictions and sincerity of this young mustachioed idealist. “I found it interesting to play a character who fights for a cause but without the veneer of heroism,” said the 28-year-old comedian.

After “The SK1 Affair” and “Save or perish”, Frédéric Tellier, signs “Goliath”, an environmental thriller inspired by real events which plunges the viewer into the heart of the universe of agrochemicals and lobbying through destiny of three characters portrayed by Gilles Lellouche, Pierre Niney, and Emmanuelle Bercot.

Qualified as a “public utility film” by the filmmaker, the film tells the fight of France (Emmanuelle Bercot), a sports teacher by day, a worker by night, who actively campaigns against the use of pesticides. To carry out her fight, the latter will benefit from the help of Patrick (Gilles Lellouche), a Parisian lawyer specializing in environmental law who will have to face Matthias (Pierre Niney), a brilliant lobbyist determined to defend the interests of an agrochemical giant.

“With this film, I want the public to identify with the characters. Because even if the subject can be scary and seem abstract, in reality it concerns us all”, confided to AFP the director, who carried out a 5-year-long investigation on this divisive subject. For his part, Gille Lellouche affirmed that it is “important to have a general point of view on things and to show victims who suffer, people who are sick because of pesticides, without falling into Manichaeism”.

Printemps du cinema 2022: 5 films to see for 4 euros per screening