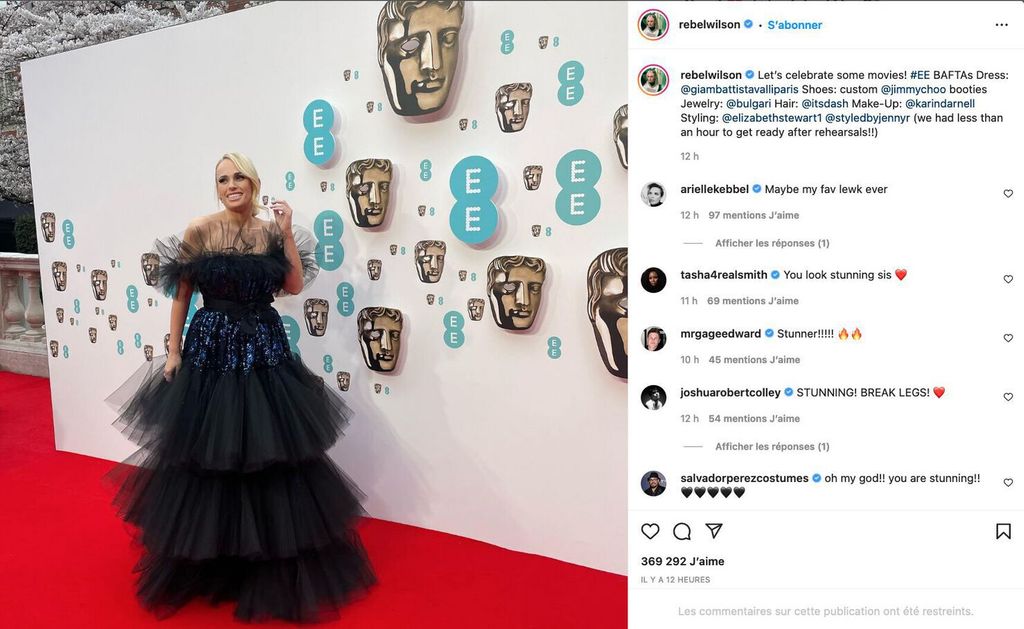 Rebel Wilson was present at the Bafta Awards which took place this Sunday, March 13. The opportunity for her to deliver a speech that was very noticed.

She was inspired. The British Academy Film Awards 2022 ceremony took place this Sunday, March 13. For the occasion, many celebrities were present on the red carpet and in the room. Among them, Rebel Wilson who, during his speech, took the opportunity to send important messages. This hosted the event first had a thought for Prince Harry and Meghan Markle. Indeed, as she introduced the nominees of a category, she first said: “From drama to fantasy, Harry and Meghan’s interview with Oprah Winfrey had it all”. Afterwards, she clarified:Unfortunately it’s not named in this category but many amazing movies are.“. As the Daily Mail recalls, the Sussex interview was nominated for Primetime Emmy Award and People’s Choice Award in 2021. During this, the couple was very transparent and chained the revelations concerning the royal family, referring in particular to the racism. Words that did not go unnoticed and made a lot of talk.

She had fun. On the stage of the Bafta Awards, Rebel Wilson was determined to evoke the royal family. After Prince Harry and his wife, it’s prince andrew which was mentioned. Involved in the Epstein affair since 2019, he had mentioned a restaurant named Pizza Express as an alibi for the day he was accused of having an affair with Virginia Roberts, a young woman only seventeen years old. He had thus declared to be in the company of Princess Beatrice. “So I was about to do a musical show, it was about Prince Andrew…. No it’s not what you think“, she began. “It was on roller skates, it’s called Pizza Express“, she continued before adding: “But don’t worry, I’m not going to do it, I’m not going to sing. I keep my voice for the sequel to Cats“, she concluded. During this evening, the 42-year-old actress and comedian seemed to have many messages to convey. For their part, the people present in the room were very amused.

Rebel Wilson: Which Personality Did She Also Mention?

After Prince Harry, Meghan Markle and Prince Andrew, Rebel Wilson wanted to take directly to Vladimir Putin. While he declared war on Ukraine for several days, it was out of the question for celebrities not to support Ukrainian women. “Fortunately, in all sign languages, this is the gesture for Putin“, said Rebel Wilson before giving the Russian president the middle finger. A simple gesture that is not insignificant and has been very noticed.

Rebel Wilson
The actress made a very noticeable appearance.

Rebel Wilson
She doesn’t have her tongue in her pocket.

Rebel Wilson
She mentioned many personalities.

Prince Harry and Meghan Markle
She made a reference to their interview with Oprah Winfrey.

prince andrew
She also lashed out at Prince Andrew.

prince andrew
He is talking about him with the Epstein affair.

Vladimir Poutine
She gave him the middle finger.