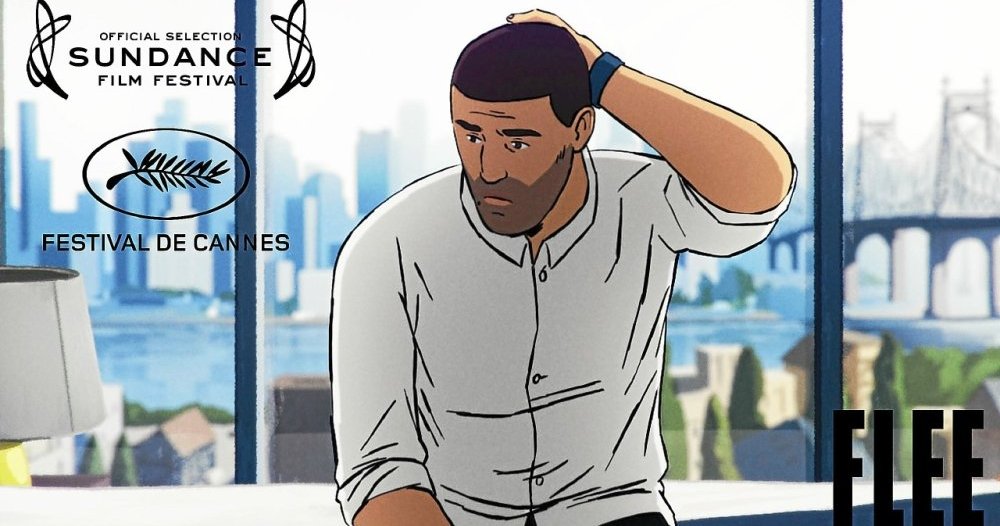 
Flee never ceases to be talked about. The indicators were green for the animated film after his double nomination at the BAFTAs in the Best Documentary and Best Animated Film categories last week.

Ultimate consecration, the Academy of the Oscars has just revealed that it is now one of the five films which will compete on March 27 to win the category of best animated film during the 94th Academy Awards.

And its success doesn’t stop there, it also earned the honor of being nominated in two other categories as Best Documentary Feature and Best International Feature. No film had been nominated for these three categories at the same Oscar ceremony before it.

FLEE is now the first film ever to receive Oscar nominations for Best Documentary, Best Animated Film, and Best International Film all in the same year.

The story of an Afghan miner

This animated documentary directed by Danish Jonas Poher Rasmussen tells the true story of Amin, an Afghan who had to resolve to flee his country alone when he was still a minor. After becoming an academic in Denmark thirty years later, he finally decides to share the story of the violence of his journey? with one of his close friends.

Co-produced by the Danish company “Final Cut For Real”, “Arte France” and the Rennes company “Vivement Lundi! », the film continues its rise after having won numerous prizes, notably at the Cannes Film Festival and the Sundance Festival.

Contacted shortly before that? the Academy of Oscars does not make its decision, Jean-François Le Corre, director and producer of the Rennes company, had considered himself very enthusiastic for this beautiful project. ” After the nomination of Memorable in 2020, it would be a real mark of recognition for our work to once again be selected for the ceremony”.

The most moving movie I’ve seen this year

Director Bong Joon Ho, winner of the 2020 Oscars ceremony with Parasite, expressed his admiration for Flee: “It’s the most moving film I’ve seen this year. Looking at it makes you painfully aware that human beings are fragile and delicate animals. It shows you what happens to our souls when we are torn from our groups and forced to be alone”.

The Rennes company “Vivement Lundi!” », co-producer of the film, devoted nearly five years to this project. French flagship of animated film, it multiplies the achievements crowned with success in prestigious festivals.

The company got wind of Flee’s project in 2015 thanks to a producer from the Danish studio “Sun Creature”, Charlotte de La Gournerie, herself a Breton in exile in Denmark. “Can’t wait for Monday! will then be gradually included in the project after the Annecy International Animation Film Festival in June 2016, which will accelerate the signing of an agreement between the various production companies.

Two French regions, Hauts-de-France and Bretagne, are supporting the project financially. The decorations will have been made in particular in the Brittany region before hosting the last phase: composting, that is to say the final assembly and the addition of special effects (light, dust, etc.).

A society in constant evolution

“Can’t wait for Monday! » currently employs 10 people on the production side and nearly forty technicians, a figure that varies according to the number of projects under development.

It is positioned on two specific identities: documentary and animation. Flee is one of the rare examples of a perfect hybridization between the two domains. The company specializes in the use of two-dimensional animated puppets based on the example of cult films such as Wallace and Gromit. She thus promotes the technique of stop-motion, that is to say the use of photos or images of real objects that are then assembled to give the impression of movement.

“Can’t wait for Monday! » continues to multiply the projects, without stopping to benefit from the repercussions of its successes, two feature films are currently being finished and several documentaries in the production phase.

The health crisis will ultimately not have been too damaging for the production company, if this complicates the use of puppets which require the intervention of larger teams, Jean-François Le Corre believes that “the 2D animation part s is finally well adapted to the health rules ”.

Flee will be screened in a few weeks on Arte, before its cinema release. The Franco-German channel will also have requested the services of the Breton company to perform a French dubbing of the characters, Kyan Khojandi (Bref) lends his voice to Amin while Damien Bonnard (seen recently in “Les Misérables”) plays the role of Rasmussen. Hoping that the beautiful story ends on a positive note this March 27 at the Oscars ceremony.

Rennes – Flee, a film co-produced in Brittany three times nominated for the Oscars