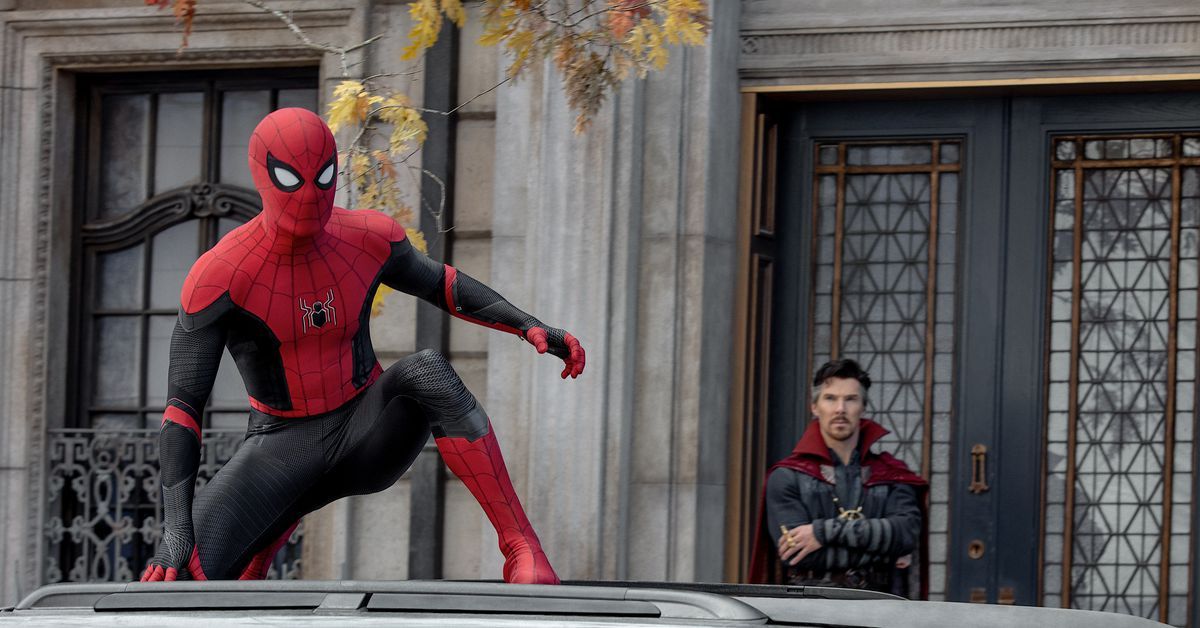 While Kevin Feige has made it clear that Marvel Studios is pushing Spider-Man: No Way Home for Oscar glory, the epic superhero film will not be in contention for the 2022 BAFTAs. According to a report by Deadline, Sony failed to upload the film to the online platform for BAFTA l are reviewing before the window closes for registrations for this year’s ceremony. BAFTA members were notified, and despite an attempt between the awards body and Sony, no exemption could be granted. Currently, any member who logs in and watches the movie only sees a two-minute trailer instead.

The report then publishes BAFTA’s statement, which explains why the film was not allowed to be considered by the panel during the vote guaranteeing “fairness and parity for all titles”. The full statement reads as follows:

45secondes.fr VIDEO OF THE DAY

” Spider-Man: No Way Home did not meet the eligibility criteria for the EE British Academy Film Awards 2022 and was therefore ineligible for entry. As stated in our rulebook, all films must be made available to voting members on BAFTA View before the first round votes close to ensure fairness and parity for all titles and the film has not been made available by the distributor.

The deadline for entries for the 2022 BAFTAs was January 3. While there’s no confirmed reason why the movie didn’t register, there is a pretty solid theory that ties into how registrations should now be done online. The BAFTA previously allowed DVD filters to be submitted, but introduced an online streaming option in 2020 ahead of the 2021 awards season. This year, all entries had to be submitted through the online platform, making it the first year that DVD screenings were not accepted. Many believe that Sony, worried about online download piracy, decided not to submit as they stuck to the film’s exclusivity in theaters and simply wouldn’t comply to meet the BAFTAs deadline. .

Spider-Man: No Way Home could still win big at other awards.

While it’s a blow to Marvel Studios, the BAFTAs are just one of the big awards shows. Last month, Kevin Feige, Sony’s Tom Rothman and Spider Man producer Amy Pascal that despite Marvel’s lack of Oscar wins, this is the main prize they’re clamoring for with Spider-Man: No Way Home.

“Just because they belong to a certain kind of genre doesn’t mean they aren’t quality films. We all got into this business to make movies that people want to see, that make people feel things, and I think this movie legitimately does that,” Pascal said in December, to which Rothman added, “The Quality marketing is really hard to do. No Way Home is a great movie. And that’s what the Academy needs to stay connected to. »

Kevin Feige echoed the sentiment, pointing out the power of storytelling that Marvel has done and will continue to do in the future, which he says deserves recognition just as much as any other film, regardless of genre. He said, “I think both of these types of films deserve recognition. It’s a good thing when people are in a theater and they stand up and applaud. It’s a good thing when people wipe away their tears because they think back to their last 20 years in movies and what it meant to them. That, to me, is a very good thing – the kind of thing the Academy was founded, at the time, to recognize.

Anthony Lund is an author, composer and puppeteer from a small village in the United Kingdom, passionate about all genres of television and film. In addition to keeping up to date with the latest entertainment news and writing about it for 45secondes.fr, he works as a video editor, voice-over artist and production designer. As a child of the 80s, he owns almost 2000 books, more toys than his children, three Warner Bros. Store Gremlins and a production that used the Howard The Duck movie script.

Spider-Man: No Way Home will not be considered for the 2022 BAFTAs