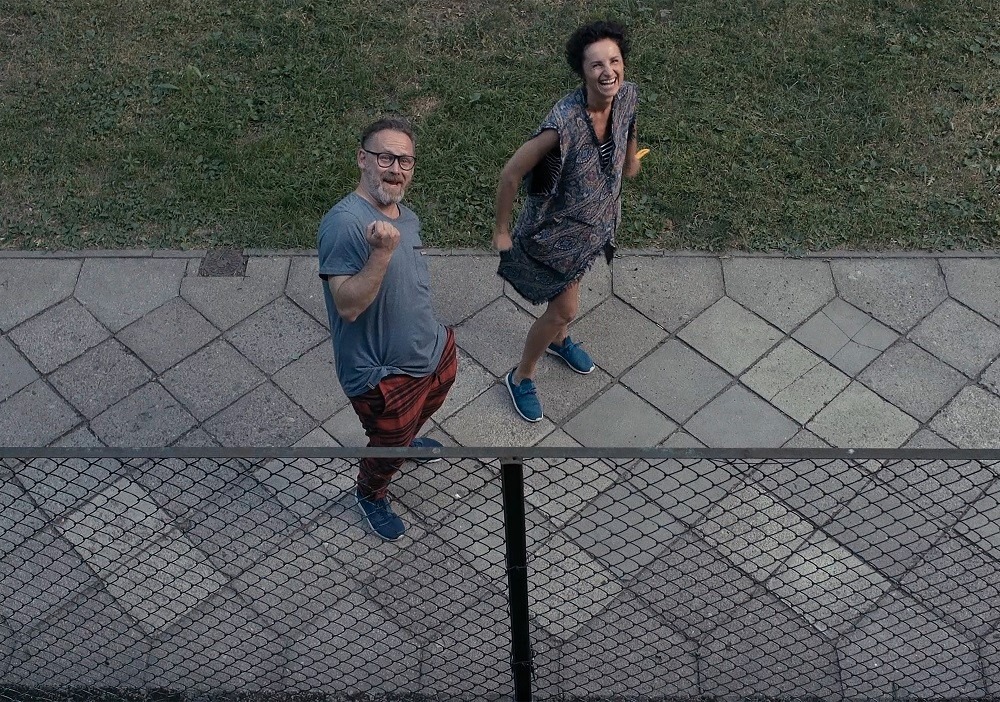 01/25/2022 – The film by Polish Pawel Łoziński wins the international competition in Biarritz and Marie-José is waiting for you at 4 p.m. by Camille Ponsin wins the National Grand Prix

The Balcony Movie by Pawel Łozinski

At the end of an edition organized face-to-face from January 17 to 23 and which brought together a large number of professionals on site in Biarritz, the 4and edition of FIPADOC delivered its 2022 awards.

The international competition jury (Rachel Leah Jones, Stan Neumann and Adriek van Nieuwenhuyzen) crowned The Balcony Movie [+lire aussi :
interview : Paweł Łoziński
fiche film] from Polish Pawel Łozinski. Screened during Critics’ Week at the Locarno Festival, the film is the result of recording the filmmaker’s observations from his first-floor apartment, made over several years. The creator has decided to stop and wait for the world to come to him, watching people passing by from his balcony, accosting them, asking them questions. Each story is unique and reveals as many conceptions of existence.

The national competition was won by Marie-José is waiting for you at 4 p.m. French Camille Ponsin, a film centered on Marie-José who knows everything about Darfur where she spent her life as an ethnologist. At 90, she receives survivors of the genocide that has hit the population of this region of Sudan since 2003. With old maps and her knowledge of the field, she can confirm their stories and help them obtain political asylum in France.

As for the Musical Documentaries competition, it is the feature film Paraiso [+lire aussi :
critique
fiche film] of the Brazilian Sergio Trefaut (produced by the Portuguese company Faux with the Parisian company Les Films d’Ici) which won, while the public prize (awarded to a film from the Panorama of French creation) distinguished Paris Opera, a (very) special season of Priscilla Pizzato.

The Balcony Movie triumphs at FIPADOC