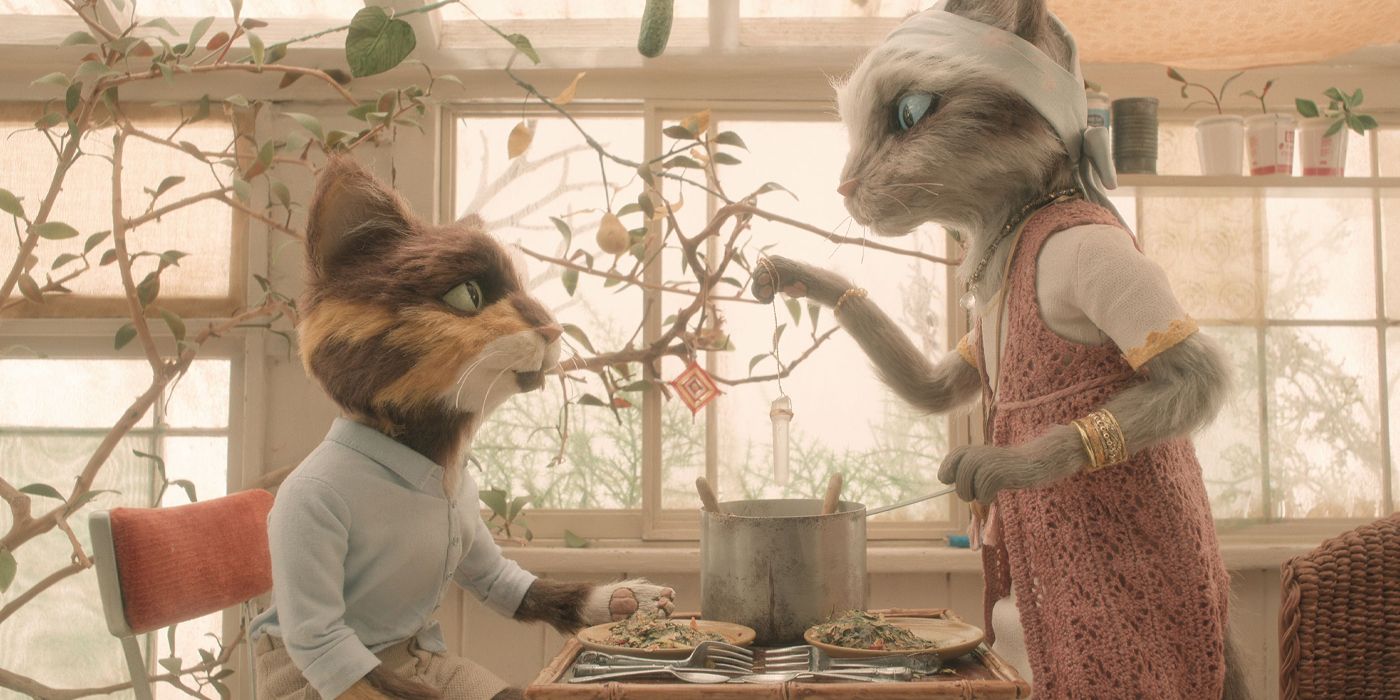 Animation cinema is not just about Japanese animation and Netflix has understood this. After the successes of Love Death & Robots, the platform of streaming does it again by calling on three independent stop-motion animation talents for its new anthology. This new black and eccentric comedy soberly titled The House is available worldwide from January 14, 2022.

Also read: What Netflix has in store for you in January (2022 releases)

The first images of the trailer communicated by the streaming platform already immerse us in the singular and sensitive universe of Emma de Swaef and Marc Roels, Niki Lindroth von Bahr and Paloma Baeza. We don’t like, we love!

What is it about ?

In this animated black comedy, a mysterious House unites a poor family, an anxious developer and an exasperated landlord across different eras.

Produced by Nexus Studio, a BAFTA-winning animation studio, this new Netflix original revolves around a house and tells three surreal tales of the families who have lived there over three generations.

At the controls, three talents of stop motion animation

To do this, the Svod giant has surrounded itself with the creme de la creme of frame-by-frame animation:

What do internet users think? (Opinion)

The charm seems to have operated just a day before it was put online. Although disturbing at times, the whole gets the favor of Internet users. Here is a small sample of the first impressions collected on Twitter:

If you are looking for a nice animation program for the whole family this weekend, if you like melancholic tales: “La Maison” on Netflix. pic.twitter.com/R3V9wNcGq7

If you like stop motion, go see House/La maison on netflix, it’s out today, it’s 3 short films on the theme of habitat/home,

The 1st is a bit horrifying, the second is an oddity and the last is quite moving pic.twitter.com/S9uv7grlBT

The house: three tales, three animation talents brought together in an anthology available in January on Netflix (+Review)