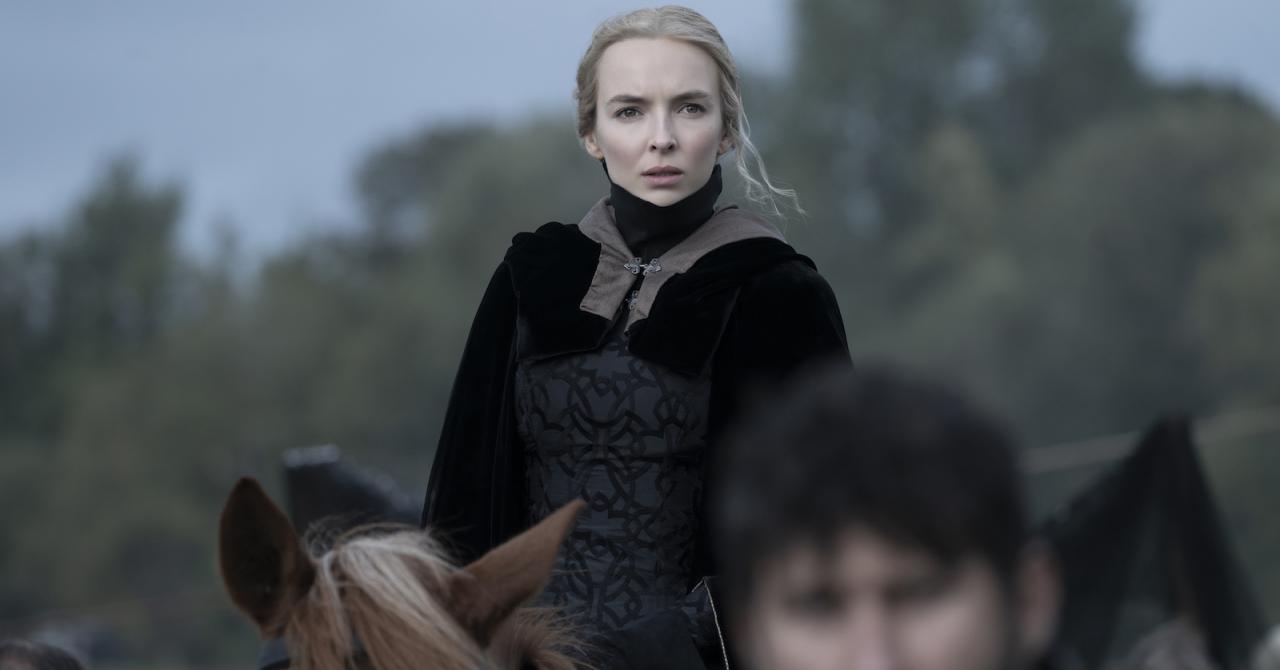 The British actress hits the screen in Ridley Scott’s new event film, this Wednesday at the cinema.

Attention, potential star. Already revealed on television by the series Killing Eve, which she co-stars with Sandra Oh, Jodie comer is fast becoming essential, including in the cinema. A meteoric rise whose springboard is none other than Ridley scott. The British actress is indeed the leading female role in her new film, The Last Duel this Wednesday, October 13 at the cinema, in the company of Matt Damon, Adam Driver and Ben Affleck, and she will put it back in Kitbag, Sir Ridley’s project on Napoleon where she will play Joséphine de Beauharnais alongside Joaquin Phoenix. Just that.

From dance to television

Jodie Comer, 28, has come a long way since her complicated beginnings in the entertainment world. Fired from her dance group before a competition for young talents (she had arrived late for a rehearsal because of a family emergency), she had made herself noticed by presenting a monologue alone on stage. This allowed her to be spotted by her theater teacher and audition for a role on British radio BBC 4.

The young woman then began a career as a professional actress in 2008. She appears in the spin-off The Royal Today from the comedy series The Royal, as well as in other series, before playing one of the main characters of the series Diary of an extraordinary teenager (My Mad Fat Diary) aired for the first time in 2013: she becomes Chloe Gemell, the best friend of childhood of Rae, main character of the series. This performance, which will launch her in her British career, will allow her to chain roles on television in the United Kingdom.

The Last Duel is a new high for Ridley Scott [critique]

This is ultimately her role as Villanelle, aka Oksana Astankova, in the series Killing Eve (written by Phoebe Waller-Bridge) which causes him to change status. Acclaimed for her role, alongside Sandra Oh, she will also receive nine awards for her work in the series, including an Emmy and a BAFTA for her performance in a drama series. With Killing Eve, who is very successful internationally, Jodie Comer rose to prominence and was offered major roles that took her from the small to the big screen.

After a role in England is Mine (2018), a biopic on Morissey, Smiths frontman Jodie Comer makes a cameo appearance in Star Wars Episode IX, The Rise of Skywalker, where she plays Rey’s mother. A very small passage which will require only one day of shooting but confirms that the cinema is ready to open its doors to him.

In 2021, it is the click. She gives the answer to Ryan Reynolds in Free Guy (filmed in 2019), the surprise blockbuster of the summer, by putting herself in the skin of a badass female video game character, the beautiful Molotov Girl, which is the starting point of the film’s plot.

In the process, she landed the role of Marguerite, the wife of the knight Jean de Carrouges (Matt Damon) in the medieval film of Ridley Scott The Last Duel. An epic fresco where Comer plays a resilient woman who demands justice after being raped by Jacques Legris (Adam Driver), a rival of her husband.

A strong and mastered score, even in the most difficult scenes, which made her directly fall into the category of confirmed actresses and impressed her director:

“The job of a director is above all to succeed in his casting“, explained recently Ridley Scott at Sky News. “Because once I say action, it is on its own while having to deal with another actor. This is when intuition comes into play, and this is where the big players come in.“.

The Last Duel: the irresistible rise of Jodie Comer