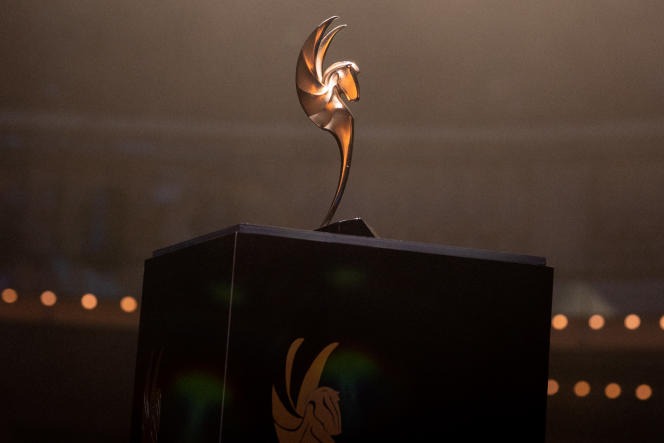 After an online edition in 2021, the third video game Pégases ceremony was held in Paris on March 10. This event, co-organized by the Syndicat national du jeu vidéo (SNJV), representing French video game studios, and the media group Webedia, rewarded the best French productions in the sector.

The ceremony taking place in the hall of La Cigale and hosted by Salomé Lagresle was also broadcast simultaneously on Twitch and YouTube. She turned out to be very inspired by models of the genre, alternating speeches of thanks and speeches by players in the sector or officials, such as Roselyne Bachelot and Cédric O, praising the successes of French video games. All in a relaxed atmosphere, punctuated by a series of humorous and parodic videos.

Read also From “Tilts d’or” to “Pégases”, the dented history of the French video game Oscars

Arkane’s Lyonnais were the most acclaimed by representatives of French industry in the Parisian performance hall. Their brain shooter death loop was the big winner by collecting five equestrian statuettes: those for best game, visual excellence, best game design, best video game universe and the public prize.

Dinga Bakaba, the creative director of death loop and leader of Arkane Lyon, completed this fine harvest by receiving the personality of the year award. He took the opportunity to highlight the need to develop diversity and inclusion in the studios, stressing that “Various origins are at the origin of singular works”.

death loopsuccessor to Dishonored (2012) and Prey (2017), is a non-linear adventure during which the hero must succeed in escaping from a time loop. This big production has already received two Game Awards in the United States and could land the Best Game award next month at the Bafta in the UK.

The Montpellier studio Digixart will be able to line up as many trophies on its shelves. The poetic Road 96 won five Pégases, including Best Independent Video Game and Narrative Excellence. Yoan Fanise, its creative director, unable to be there, nine members of the team came on stage to receive the statuettes, emphasizing that the creation of this video game roadtrip was collective.

Its soundtrack, a series of electro nuggets, like the heady Home Call signed Toxic Avenger or the folk ballad The Road of Cocoon, also won him the statuette for best sound universe.

Read also The road trip in video games: a genre that charts its course

Among the other French studios rewarded, the Parisians of Tactical Adventures act as the best hope with the prize for the best first game, Solasta: Crown of the Magister. Those of Shiro Games win the prize for best mobile game with the smartphone adaptation of Northgard (2017). The statuette for the best operating department was awarded to Curse of the dead gods, by Passtech Games. On the disappointing side, the Amplitude studio at the origin of the very rich strategy game Humankind Curiously leaves the evening empty-handed despite two nominations, including that of the best game.

Finally, a tribute was paid to Benoît Sokal, who died in May 2021. This comic book author known for his character of Inspector Canardo was also a respected video game creator. His most famous adventures: Amerzone (1999) and the series Syberia, started in 2002.

The electoral college of the Academy of video game arts and techniques, made up of professionals from the sector, was not content to reward works designed in France. The Forgotten City, an Australian production published by Dear Villagers, label of the Montpellier publisher Plug In Digital, has established itself as the best foreign game. The delicate Chicory: A Colorful Tale has, for its part, won the Pégase for the best independent foreign game. The opportunity for the developers present on stage to express a thought for their colleagues who, a few days ago, were working in kyiv or Odessa.

The Pegasus ceremony rewards the video games “Deathloop” and “Road 96”