Noah Baumbach is back with White Noise, an apocalyptic thriller starring Adam Driver for Netflix. What are the first opinions?

Noah Baumbach, the director of the multi-nominated, but not crowned Netflix film Marriage Story, begins his third collaboration with the platform. Accustomed to ceremonies, he notably took the firm to N rouge at the Cannes Film Festival in 2017 with The Meyerowitz Stories, even winning the Palme Dog that year (waw). A price rather representative of its reception since in official competition, neither the festival-goers nor the press really appreciated it. Completely different scenario for Marriage Storyadored by all and nominated in several categories at the 2020 Oscars, Golden Globes and BAFTAs.

If Noah Baumbach’s cinema seems to be gaining momentum from film to film at Netflix, it’s a safe bet that White Noise is a little gem. It is therefore with impatience that we all awaited his next project intended to appear in the catalog. And to create the event, a few lucky ones were able discover the film Wednesday August 31 on the big screen, the film being screened at the opening of the 79th Venice Film Festival and competing for the Golden Lion. And here is what the first returns say.

Beware, you who plan to demolish White Noise, Adam Driver has his eye on you

“Baumbach has achieved a considerable feat with this extremely elegant and assured adaptation. » Peter Bradshaw – The Guardian

“Baumbach is ultimately too in tune with DeLillo in White Noise to escape the shadow of its monolithic source. While the film struggles to escape this feeling of dispensable addition in this meeting between the director and the novelist, which often feels like the work of a third party who tries to imitate both at the same time. Still, you can hear something almost subtly divine beneath that weirdness every time Noah Baumbach pulls out all the stops.” David Ehrlich – IndieWire

“While 136 minutes is a little long even for this story – White Noise scatters, but again, so does life – the film’s electric, quirky and deliciously hilarious dynamics keep you hooked enough. to continue and go to the end to complete this story. » Lex Briscuso – Slashfilm 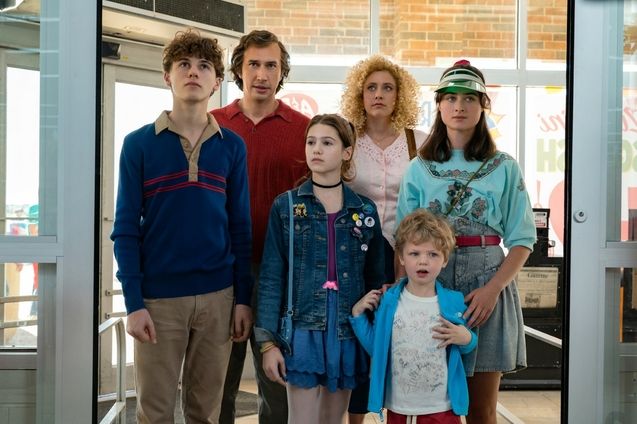 Happy to spend the apocalypse with family

“Visually inventive, ironically satirical, White Noise lets viewers project DeLillo’s sometimes prescient visions of a morally and physically sick America into the post-pandemic 2022 situation as they see fit. But it still has plenty to offer, much of it when it comes to entertainment. » Lee Marshall – Screen Daily

“It seems condescending to call Noah Baumbach’s White Noise a ‘nice try’ considering how much the director has accomplished in the past, but sadly that’s more the case – even if it’s more nuanced than calling it that. a failure or something we shouldn’t have started. » David Katz – The Film Stage

“White Noise packs so many elements into 2:15 that it will take multiple viewings to unpack it all. Luckily, everything is so entertaining that the prospect of multiple viewings is indeed tantalizing. » Nicholas Barber – BBC

“As a film, White Noise announces its themes loud and clear, but the problem is that it announces them more than it makes us feel them. » Owen Gleiberman – Variety

“There’s a lot to appreciate about Noah Baumbach’s equally nerve-wracking and exhilarating attempt to tame Don DeLillo’s death comedy: White Noise, not least the daredevil wit and ambition with which the writer and director dives its casting in this thorny material. But few of this episodic panic hits the mark as well as the extravagant post-credits sequence. » David Rooney – The Hollywood Reporter

“The themes of the narrative – fear of death, societal atomization at the dawn of the information age – are clearly stated, but there is little passion under the thesis. It is a respectful and respectable film, filmed wrongly, it is difficult to perceive what animates White Noise. Despite some modifications, the film seems to exist more as a recitation of the book than as an invention of its own. » Richard Lawson – Vanity Fair 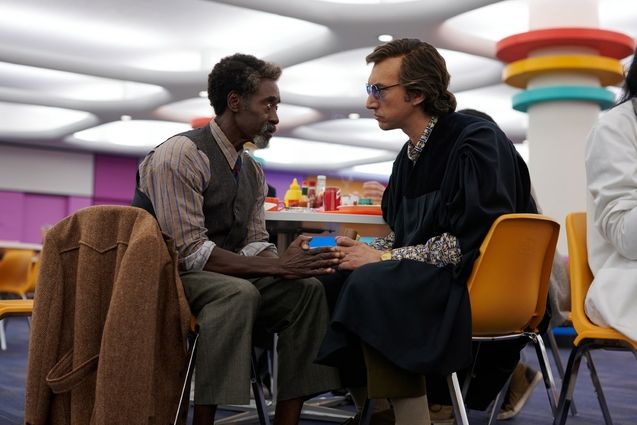 In view of what these first opinions give us to see, it would seem that Noah Baumbach did not necessarily succeed in emancipating himself from DeLillo’s text. Despite everything, the first critics admit to White Noise a friendly film, ambitious both in its intentions and in the spectacle it unfolds, technically and aesthetically efficient. It was a tall order to adapt the dense and prickly White Noise and Baumbach pulls it off despite being too long, but not ridiculously long.

Moreover, we feel that the film will be released at the right time, echoing the post-health crisis situation that the world is going through in 2022. It remains to be seen whether the commentary will be relevant, engaged and perceptible behind our television. At least, the promise of honest entertainment seems (almost) assured if we take into account reactions that are generally more positive than they suggest. To form your own opinion, however, you will still have to wait since Netflix will unveil the film on December 30, 2022 in France.