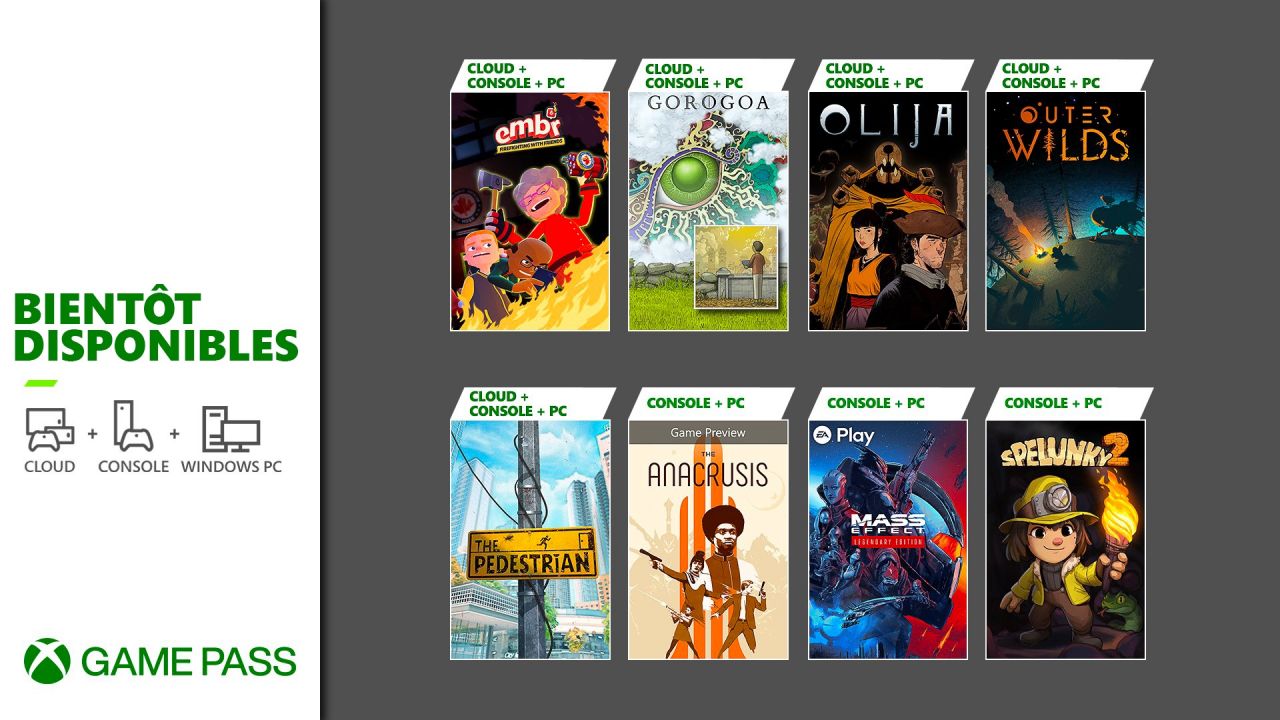 Here is the list of new games available on Microsoft’s Game Pass.

Gorogoa (Cloud, Console & PC) ID@Xbox
Winner of the first game award at the BAFTA Games Awards, Gorogoa is an elegant evolution of the puzzle genre, accompanied by a beautifully hand-drawn story, designed and illustrated by Jason Roberts.

olija (Cloud, Console & PC) ID@Xbox
olija is a game that follows the adventures and tribulations of Faraday when he finds himself stranded on the shores of Terraphage, a mysterious country of which the young man is now captive. Armed with a legendary harpoon, he finds other shipwrecked people and tries to flee this hostile land to return to his native land. 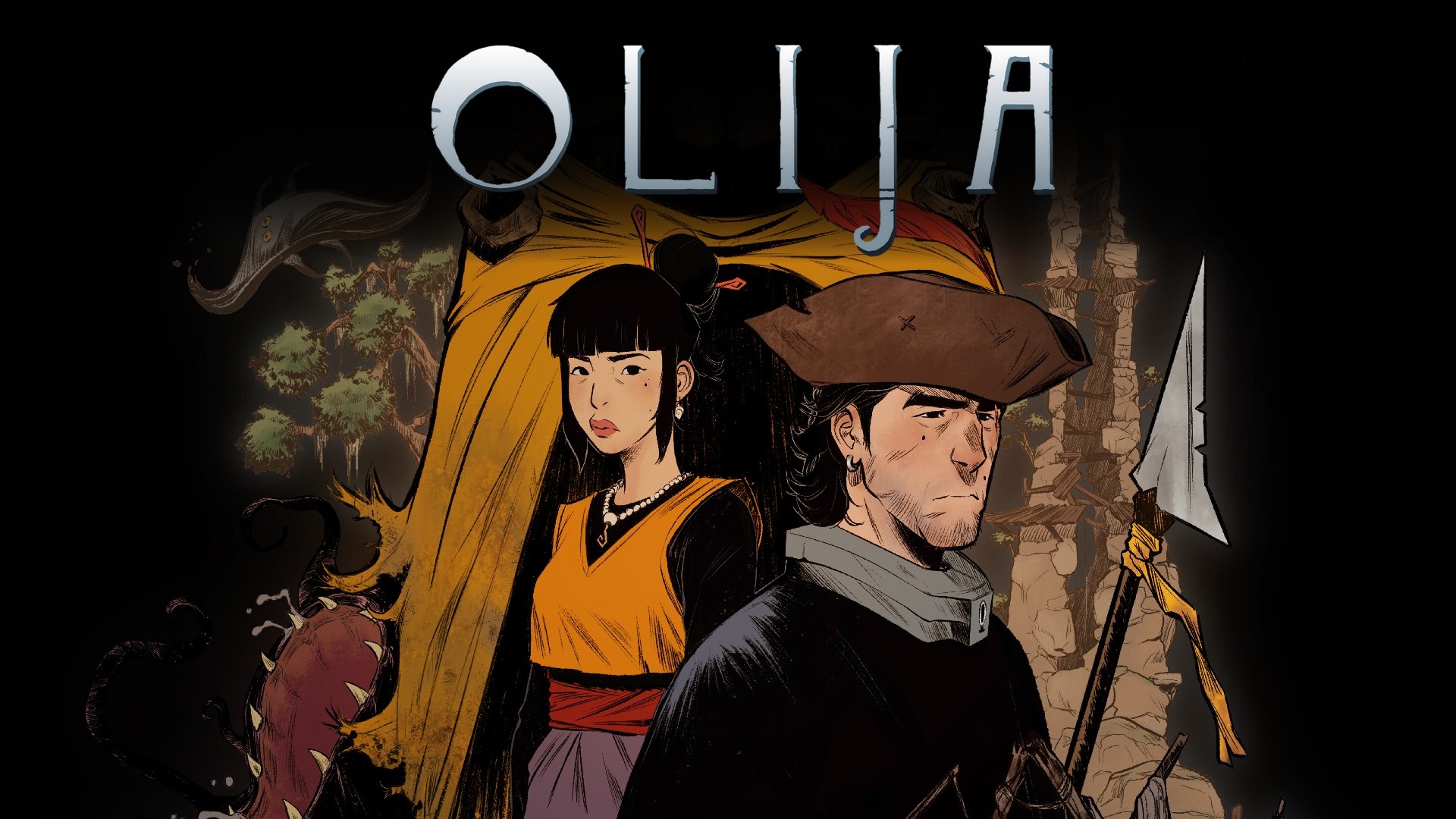 The Pedestrian (Cloud, Console & PC) ID@Xbox
The Pedestrian is a 2.5D side-scrolling puzzle platformer. Enter a dynamic world with stunning graphics and challenging challenges. You will need to rearrange and reconnect traffic signs in order to explore and progress through each environment.

Embr (Cloud, Console & PC) ID@Xbox – January 6
Take on the fire with your friends to win ever more in this unpredictable and fast-paced multiplayer title. Team up, compete in daily challenges, and rise through the ranks of elite firefighters. There’s more than one way to become heroes! 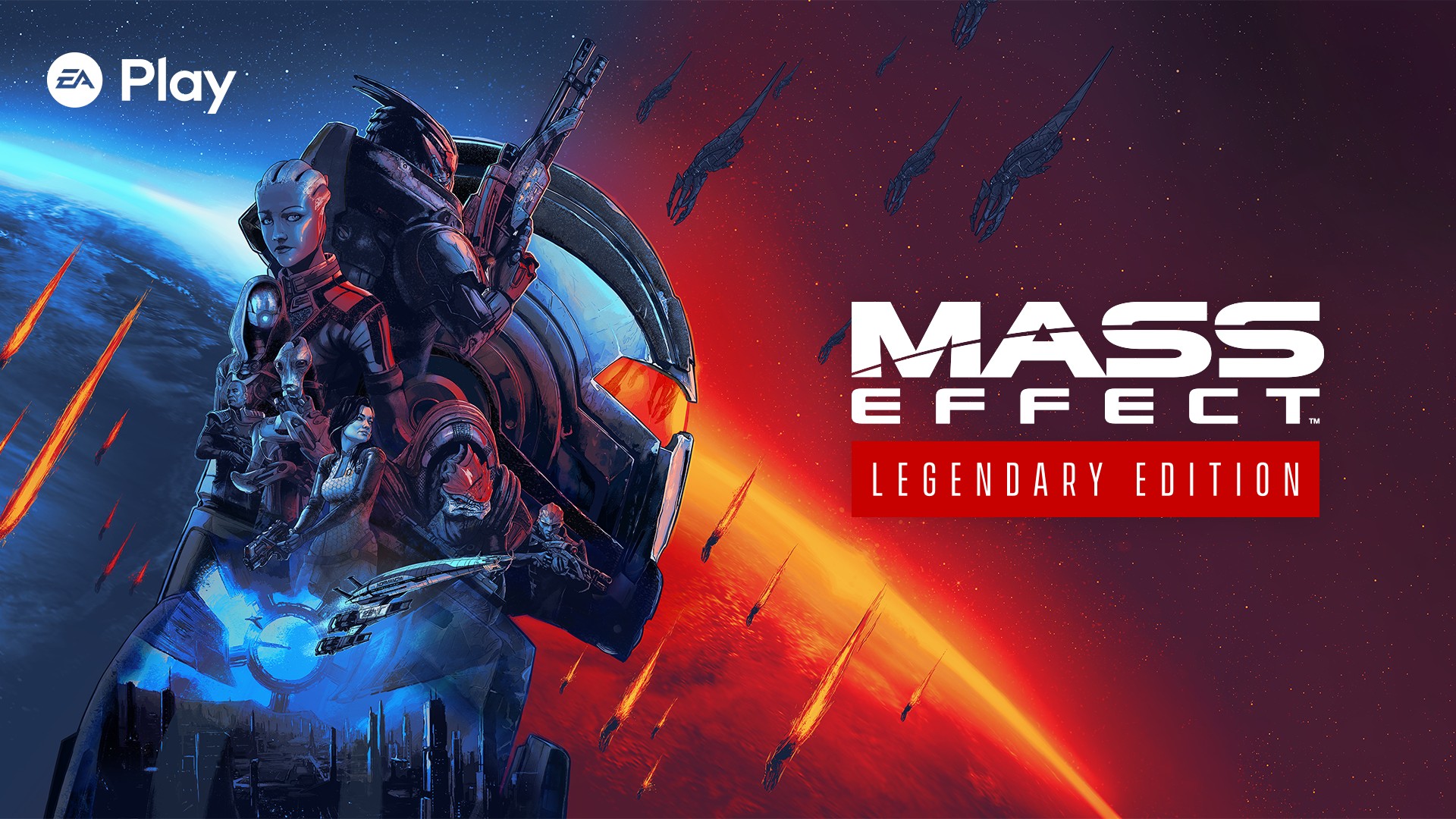 Outer Wilds (Cloud, Console & PC) ID@Xbox – January 6
Explore a handcrafted solar system out of sheer curiosity, filled with secrets to uncover and danger to avoid. You will benefit from different tools for your space epic, including a ship and a jetpack, a probe to take photos and a sensor to follow audio signals and identify points of interest.

Spelunky 2 (Console & PC) ID@Xbox – January 13
This demanding title at the crossroads of roguelike and platformer offers immense freedom by letting you carve your own way through its procedurally generated caves and ruins. Get creative and tell a new story through your actions every time you play. Discover the secrets of Spelunky 2 alone or with your friends!

The Anacrusis (Game Preview)(Console & PC) ID@Xbox – January 13
Available upon release in the Xbox Game Pass: The Anacrusis is a 4-player co-op FPS set in a massive starship stranded on the edge of known space. Team up with your friends and fight hordes of aliens to unlock special abilities, weapons and new ways to play that you can share with your allies! 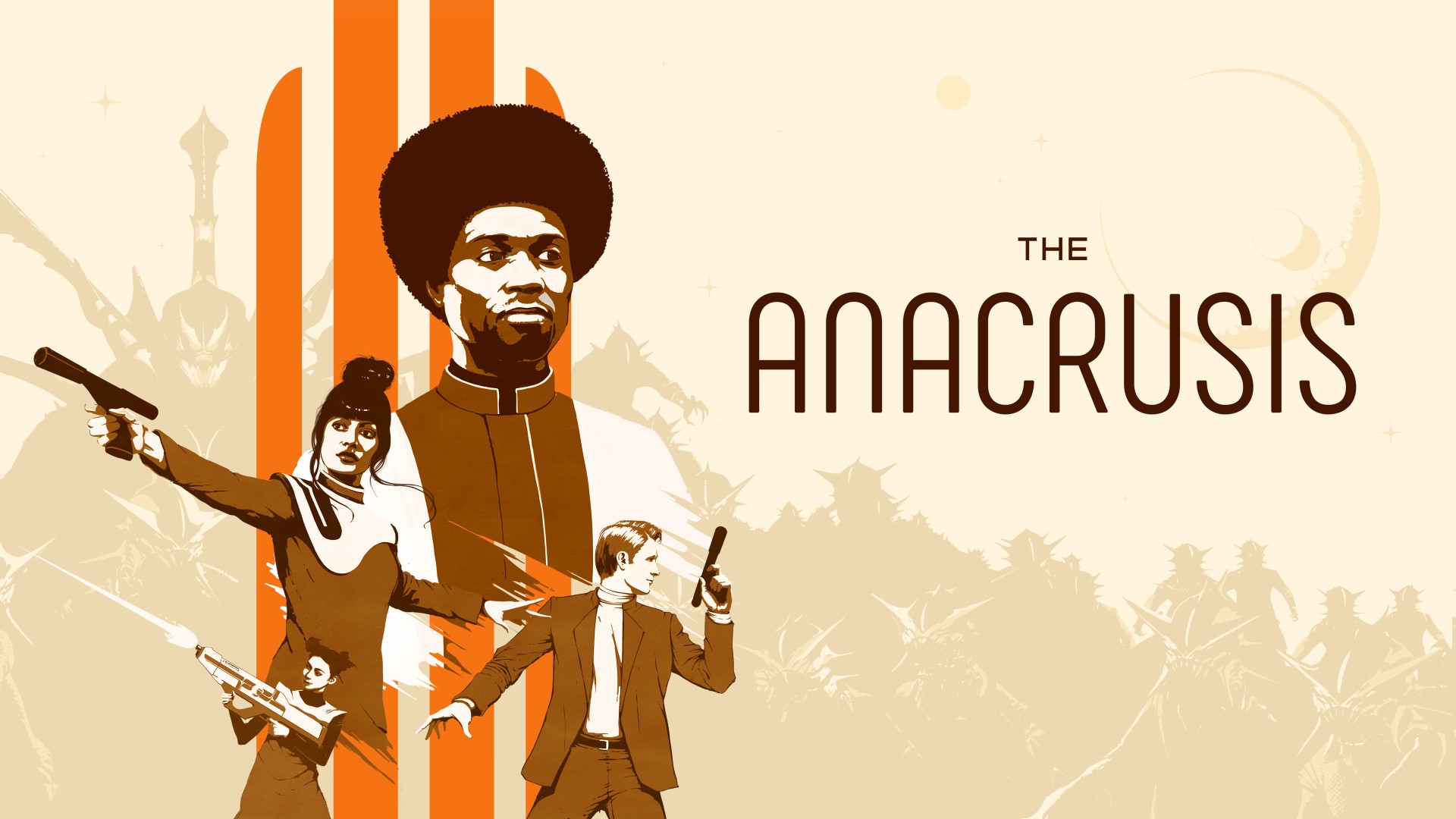 Celebrate the New Year in Minecraft – until January 17
Take part in the festivities! Until January 17, the market place of Minecraft offers giveaways, a YouTube Creator skin pack, and free weekly cards. Let the party begin !

Phantasy Star Online 2 New Genesis : January monthly bonus for members — January 5
Get ahead in PSO2: NGS with this members-only pack. Get 5 N-Half Scape Dolls to come back to life during the most intense fights and 50 Photon Chunks to make your weapons and units more powerful.

This is also your last chance to claim the Battle-Hardened Pack for Back 4 Blood as well as the Pass Tense MA40 AR pack for Halo Infinite, before they are no longer available! Go to the Benefits section of your Xbox console, Xbox app on PC, or Xbox Game Pass mobile app.

They leave us on January 15

These games will soon be releasing from the Xbox Game Pass library, dive into these titles quickly before they’re gone! Remember that you can save up to 20% on the purchase of these games by using the members-only discount.