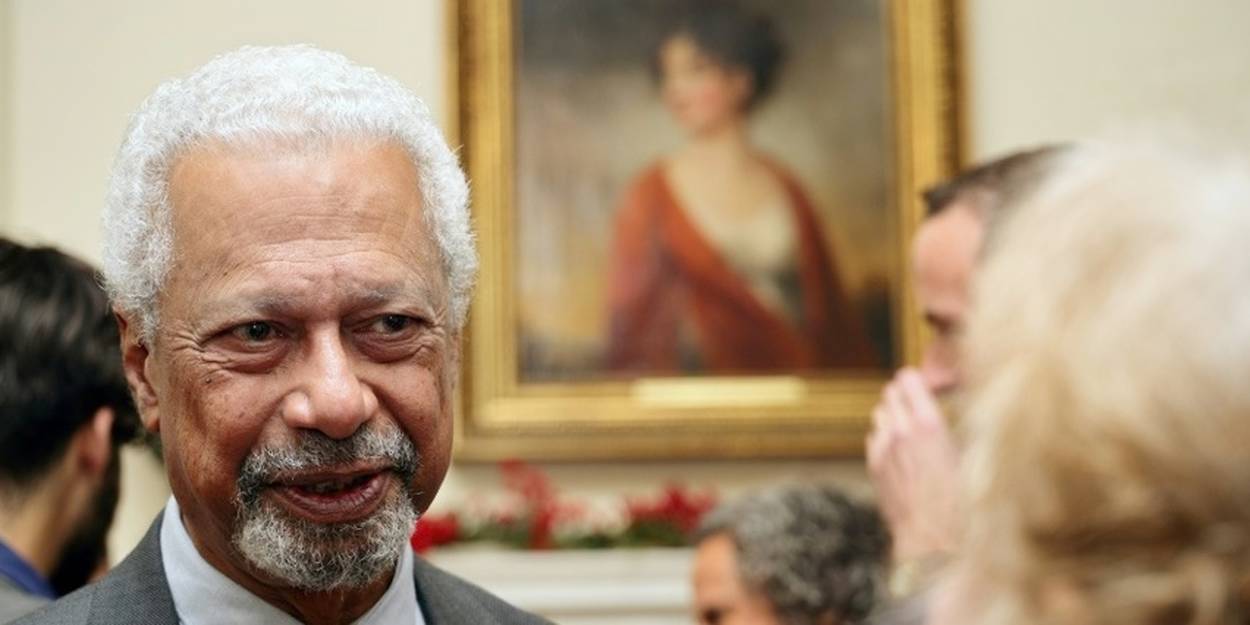 ATWinner of the Nobel Prize for Literature, Abdulrazak Gurnah received the most prestigious literary prize on Monday for his stories on immigration and colonization, during a ceremony in the United Kingdom where the novelist born in Zanzibar has lived in exile for more than a half-century.

Pandemic requires, the Nobel in science and literature are awarded, without the usual pomp, in the countries of the laureates for the second consecutive year.

In London, Abdulrazak Gurnah received his medal and diploma at noon from the Swedish Ambassador, Mikaela Kumlin Granit, at his official residence, a few days before a ceremony at Stockholm City Hall, Sweden, on December 10, anniversary of the death of Alfred Nobel.

“Usually you would have received the award from His Majesty the King of Sweden. However, this year the pandemic forces us to celebrate from a distance. And since you cannot travel to Stockholm, your medal and diploma from the award Nobel were brought to you here today,” she said.

The ambassador recalled that the jury had praised her “empathetic and uncompromising account of the effects of colonialism and the fate of refugees caught between cultures and continents”.

The novelist appeared relaxed and smiling, posing for photographers in a suit and tie with his medal and diploma. Members of his family and his longtime editor, Alexandra Pringle, attended the event.

Abdulrazak Gurnah, 72, is the first author of African descent to receive the Nobel Prize for Literature since South African JM Coetzee in 2003. He was honored for his accounts of the colonial and post-colonial era in South Africa. East and the torments of refugees caught between two worlds.

The jury which chose to award him this prize, endowed with ten million Swedish crowns (almost 1 million euros), had praised his “attachment to the truth and his aversion to simplification”.

Born in 1948 in Zanzibar – an archipelago off the coast of East Africa which is now part of Tanzania – Abdulrazak Gurnah took refuge in England at the end of the 1960s, a few years after the independence of this former British protectorate, at a time when the Arab community was persecuted.

He started writing at the age of 21 in the United Kingdom, the country of which he acquired nationality, inspired by his memories and his experience as an immigrant.

“I want to write about human interactions, what people go through when they rebuild their lives,” he said at a press conference the day after his consecration in early October.

“I say what I think”

Young, he had “fallen” into writing without having foreseen it. And he didn’t see the ultimate reward coming: “You write the best you can, and you hope it works!”

A sometimes unknown author before the Nobel, the writer has published ten novels, three of which have been translated into French (“Paradis”, “Près de la Mer” and “Adieu Zanzibar”), as well as several short stories. He writes in English even if his native language is above all Swahili.

He now lives in Brighton, South East England, and taught literature at the University of Kent until his retirement.

Nobel Prize or not, the novelist assured that he would continue to speak frankly about the questions that shaped his work and his vision of the world. “It’s my way of speaking”, he said, “I don’t play a role, I say what I think”.

He thus castigates the hard line of European governments on immigration from Africa and the Middle East, considering it cruel and illogical.

His latest book, “Afterlives”, follows a little boy stolen from his parents by German colonial troops and who returns to his village to find his missing parents and his sister.

2021 has been a banner year for African literature, with three major prizes – the Nobel, the Booker Prize and the Goncourt – won by African writers.