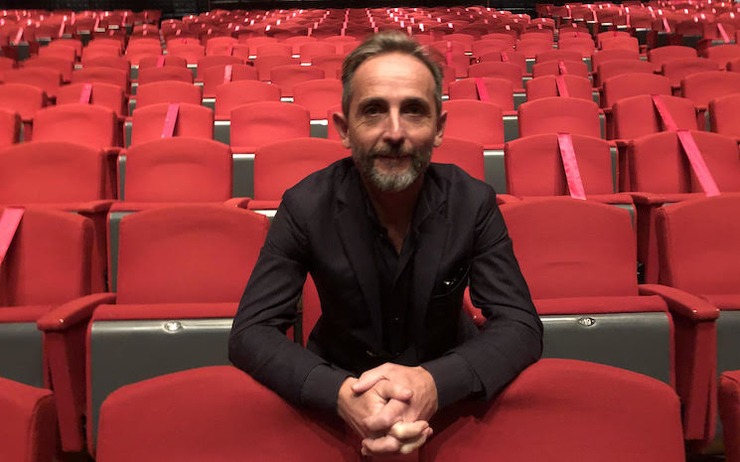 Ten people work all year round to organize a unique cultural festival: the French May festival. These people work hard and are responsible for the organization of exhibitions, live performances, marketing, fundraising and other missions for the implementation of this event which will start on April 28 and will end at the end of June. Today, we meet the conductor of this team, Mr. Xavier Mahé, director of French May. He reveals the 2022 program to us, exposing the novelties and constraints this year.

A bit of history around the French May

Created in 1993, the French May is one of the biggest cultural events in Asia. With more than 100 programs presented over two months, it has become an iconic part of Hong Kong’s cultural scene that has reached over one million visitors since its inception.

The objectives of Le French May are as follows:

Le French May is both truly international and distinctly local and wishes to contribute to the unique appeal of Asia’s global city. The French May Arts Festival received the “Gold Award for Arts Promotion 2008” from the Hong Kong Arts Development Council.

Next year, the French May will celebrate its 30th anniversary: ​​an exceptional festival will be expected!

“A 2022 program that reinvents the French May”

What are we expecting for this 2022 festival? What is the program ?

Initially, the festival invites French artists to perform in Hong Kong. With closed borders and still mandatory quarantines, preparing for this festival has become a challenge since the start of the pandemic.

Failing to bring artists, the 2022 edition is based on collaborations with local artists or from France.

The 2022 edition is called ” ART UNBOXED “: because this year, the guideline of this festival is to shake up genres and artistic disciplines, ignore closed borders and finally reinvent itself. Below, a taste of what you can discover at this festival which includes around a hundred programs (non-exhaustive list):

You can watch all the program on the site since April 21, 2022 and buy your tickets online.

How did you manage to prepare for the festival despite the Covid measures?

Preparing for the festival was stressful. With the Covid measures in Hong Kong, the restrictions, the quarantines in force, the travel bans, cinema closings, we had to reinvent ourselves and be patient. Indeed, Carrie Lam only officially announced the reopening of theaters last week. This is the reason why the announcement of the festival is pronounced late this year.

The economic context is not simple either. The rooms only open with 50% capacity. This is a significant shortfall for the festival. Fortunately, we received unfailing support from our sponsors and in particular from French companies. We owe them a lot this year again.

What is the French involvement in this festival? And Hong Kong? And international?

The French community is very involved in culture: we have talented artists and major players in Hong Kong cultural life, including:

Artists and cultural institutions in Hong Kong are very much involved in the festival, to name the HK Phil, Sinfonietta Orchestra, many galleries such as Whitestone, Opera Gallery, Sin Sin Fine Art, Alisan Fine Art to name a few- one.

Several international artists are exceptionally visiting the city, despite the sanitary measures in force and the quarantine, among them Jamal Aliyev, a brilliant young Turkish cellist who will perform with the Sinfonietta orchestra, the German conductor Robert Reimer, who will conduct the Hong Kong Philharmonic Orchestra.

You are also a member of the jury of the Grand Prix France – Hong Kong, can we know what are your motivations?

This is a very fine initiative that echoes with the French May: promote initiatives that invite dialogue and bicultural exchanges between France and Hong Kong.

The lepetitjournal.com team has decided to create a new event that highlights the collaboration between France and Hong Kong: the Grand Prix France – Hong Kong. (LINK ARTICLE) Any collaboration contributing positively to the influence, reputation or relationship of the two territories is eligible for the Grand Prix France – Hong Kong. Do not hesitate to apply before April 30, 2022.

For any additional information about the Grand Prix, please contact the team at grandprix@lepetitjournal.com.

Hurry up to get your tickets for this unique festival with all these artists linking different cultures such as the Cities of Light concert and these tributes paid such as the one made for Serge Gainsbourg.

Note that the rooms are currently only at 50% of the workforce.

“Art Unboxed”: Xavier Mahé presents the 2022 edition of French May in Hong Kong