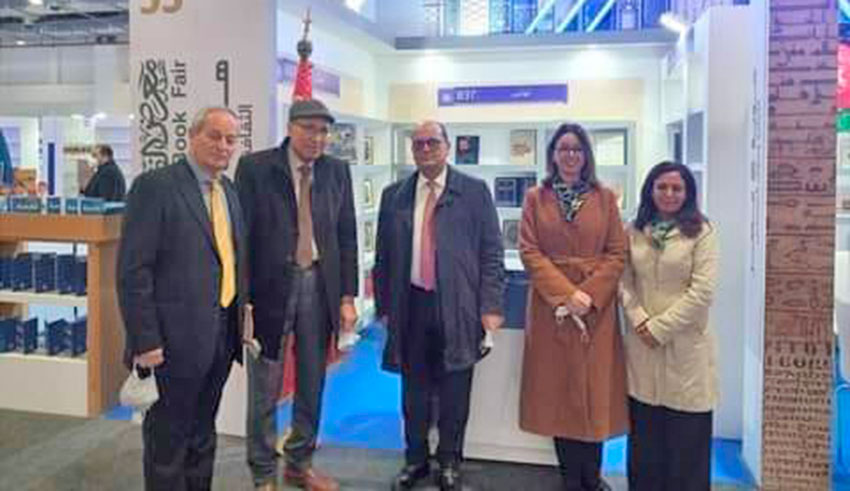 The Tunisian book registers its presence on the shelves of the 53and edition of the Cairo International Book Fair, organized from January 26 to February 7, 2022 in the Egyptian capital.

An official Tunisian delegation traveled to Egypt to promote the book and publishing sector in Tunisia to participants and visitors to the show. A fairly rich program has been concocted by the Directorate General for Books at the Ministry of Cultural Affairs.

Several national publishing houses display their publications on the shelves of the Union of Tunisian Publishers stand which presents books in the fields of arts, academic research, novels, children’s books and others.

A collection of works in various fields such as literature, heritage, religion and science are exhibited in the official Tunisian stand. These publications are published by several Tunisian companies on behalf of public cultural institutions under the Ministry of Cultural Affairs (Tunis Translation Institute, Amvppc, INP, Cnci, Cmam, etc.).

Last Saturday, the novelist Amira Ghnim gave a conference on novelist feminism and the question of identity. His novel “Calamity of the Nobility” (La Calamité de la Noblesse, Dar Mesaâ) was among the semi-finalists of the 14and edition of the Arabic Booker organized in 2021. This nomination for the prestigious Booker Prize has allowed the novel to distinguish itself to be published soon in English.

The novelist Mohamed Aïssa Meddeb, author of four distinguished novels on the national and Arab scene as well, will have a meeting around the theme “The image of Arab society in the novel”. His novel “Hammam edhahab” (Le Hammam d’or, Meskiliani editions, 2019) appearing in the long-list of the Arab Booker 2020, is also the winner of the novel prize at the Tunis International Book Fair (Filt) 2021. This novel is part of a trilogy around “religions and Tunisia”.

The Cairo International Book Fair recorded the participation of 1,063 publishers from 51 countries spread over the 900 stands of this great gathering of books and publishing in the Arab region hosted by the Egyptian International Exhibition Center. Greece is the guest of honor at this literary event, created in 1969, which annually welcomes more than 2 million visitors.

The holding of this edition coincides with the celebration of the year 2021-2022 of Tunisian-Egyptian culture, organized on the initiative of Presidents Kaïs Saïed and Abdel Fattah Al-Sissi. Launched in Cairo on the occasion of President Saïed’s visit to Egypt, from April 9 to 11, 2021, this event will continue throughout the year, in both countries.