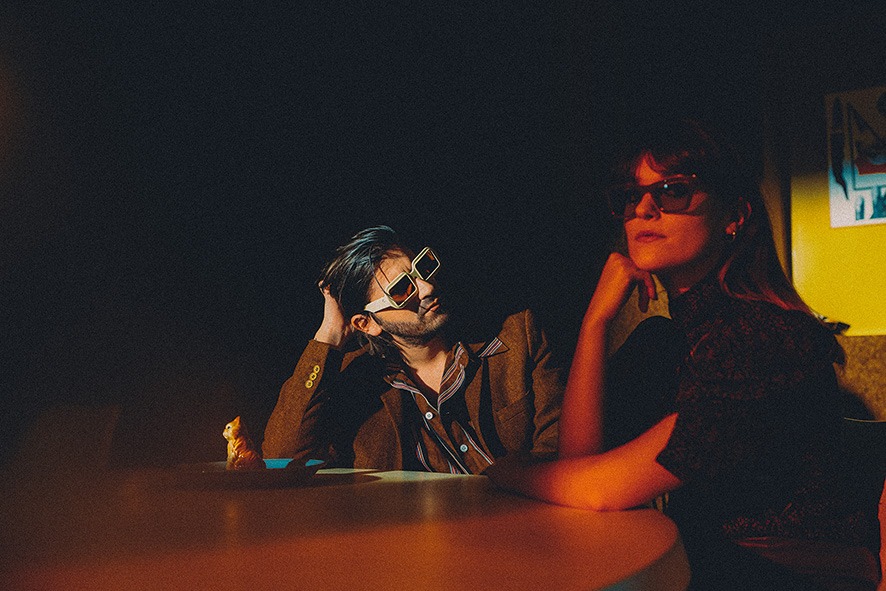 Sister entities, the group Last Train and the booking agency Cold Fame, created by singer Jean-Noël Scherrer, both have something to celebrate, the end of a long tour and the chapter “The Big Picture”, for the group, eight years of existence for the rock clearing agency. All this simultaneously, or almost, at the end of the month with Cold Fame Party, a concert that will make noise.

In the beginning was Last Train. Somewhere in this southern Alsace close to Switzerland, carpeted with garlands of half-timbered villages with identical charm and boredom, it must be said, antediluvian, four college students martyr in a garage musical instruments almost as big than them with the very adolescent conviction that they will end up on stadium stages (and not the municipal stadiums of Altkirch, Blotzheim or Uffheim, let’s be clear).

Foaming, at an age when alcohol is still forbidden to them, the local bars not really known for their rock’n’roll atmosphere and their musical rigor, the four cut their teeth like that and cut them into a bevel. It’s a fact, as the years go by and the experience comes, the kids have talent and, as a result, are less and less kids. They also write their songs very early on, initially really inspired by those of their idols, but still.

Even before his twenties, in the very assertive wake of Jean-Noël Scherrer, singer-guitarist and quasi-CEO of the group, the decision was quickly made to try the adventure professionally in finger mode outside the posterior – doing things as seriously as possible is a bit of a condition for having maximum fun, thinks the group.

Last Train spends the gear on the concerts and eats the kilometer to gain experience while refining a writing that leads to the piece Fire acting like a spark and did everything to propel them into the limelight of people who know. And as it will not be said that in case of failure Last Train will not have put all the chances on his side, absolutely all, in parallel Jean-Noël absorbs all the knowledge available on the functioning of the music industry.

To the point that Last Train, led by Jean-Noël, founded in Lyon, where most of the group’s members are now based, Cold Fame, his own booking and production agency, also officiating for a time as a label.

The two entities will develop in parallel and Jean-Noël Scherrer will become a rare example of a rocker-entrepreneur who would be hard pressed to choose between these two activities – he won a young entrepreneur prize and began to dispense training even before he turned 25. In addition to developing the career of Last Train, here he is supporting young groups, Lyonnais or not, and young entrepreneurs, while developing an amazing professional address book. Among the events organized by Cold Fame, there is in particular the famous Messe de Minuit, one of the rare regular events that really paved the way for an indie rock scene that was slightly devastated by the competition of urban music.

Today, Last Train, whose members are under thirty, has released two albums and a string of EPs since the first released in 2015, surveyed hundreds of dates around the world and Cold Fame celebrates its 8th anniversary. of existence.

For the occasions, the group closes the three-year-long “The Big Picture” tour – even if somewhat chopped up by the confinements – and 130 dates (17 countries, an Olympia), with three symbolic concerts in Mulhouse (at home ), Lyon (also at home, on September 24 at the Transbordeur) and Paris (in intimate mode at La Maroquinerie) but also, in the same cities, with three evenings at the cinema.

Because the group is not satisfied with music. Largely influenced by cinematographic scores and recently returned to an almost post-rock style cut for large spaces and long formats, the group, by the grace of Julien Peultier, guitarist and director, produces its own clips – that of the latest title , How did we get there?, 18 minutes long, is a real short film – and even made a film to document the recording of the epic “The Big Picture” in Norway.

Last Train, whose members are under 30, has released two albums and a slew of EPs since the first came out in 2015

The cream of French indie rock

In order to materialize these links between music and their passion for images, and in order to close the loop while waiting to leave for a third album which, we imagine, should not be long, the four of Last Train have therefore chosen to double the September concerts with screenings of their documentary and the aforementioned short film, notably at the Comoedia on September 26.

September which will be busy since for the anniversary of Cold Fame, Scherrer and co are producing a Cold Fame Party not stung by the beetles (in which their date of September 24 comes to lodge killing two birds with one stone and marking the inseparable character of the two entities) with the cream of a certain French indie rock.

A few Lyonnais first since will share the poster Bandit Bandit, backfiring formation led by the Bonnie & Clyde of Lyon rock Maëva Nicolas and Hugo Herleman, and supported for a long time by Cold Fame, and the princes of the garage Johnnie Carwash.

But we will also find the Rouennais of MNNQNS, a post-punk sounding (and therefore without vowels) group, the Bordeaux hardcore trio W!zard and this strange marriage in the style of fried carp and rabbit with mustard made up of the machine to transform the post -punk into post-rock Lysistrata and the leader of Frànçois & The Atlas Mountains, François Marry, for a project called Park, very atmospheric power-pop.

The case opening up internationally, like most Cold Fame events, we can also find the psychic curiosity Penelope Isles from the United Kingdom and the excellent label Bella Union as well as Aratan N’Akalle, training Malian rock Tuareg (a decidedly prolific genre) whose members met in a refugee camp in Burkina Faso.

Cold Fame makes no secret of it, this party is a birthday boom to share with friends and it’s always been a bit of the spirit conveyed so much by Last Train (comradeship first of all even if it doesn’t must not cut corners on ambition) than by Cold Fame (promoting favorites and helping young people who ring). Boom is also the noise this evening should make.

Cold Fame Party with Last Train, Bandit Bandit, Johnnie Carwash, MNNQNS… – September 24 at the Transbordeur, Villeurbanne
Screening of The Big Picture and How did we get there? – September 26 at Comoedia, Lyon 7th