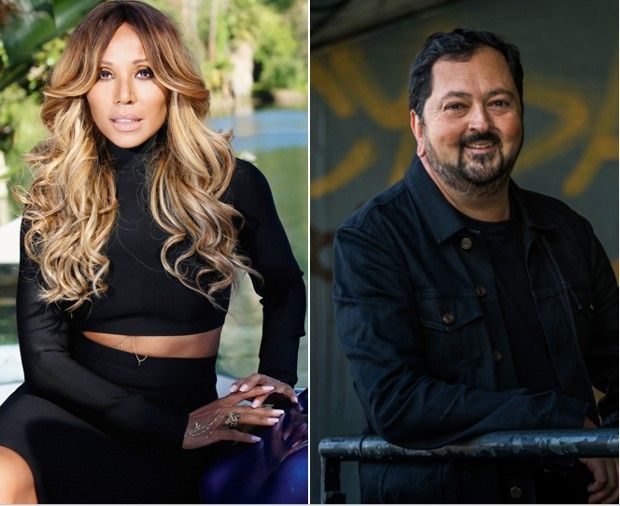 And now, the uberization of music. Posted in June 2022, Djaayz (pronounced “deejayz”) presents itself as the “uber of DJing”. The application designed by Cathy Guetta and her partner Raphaël Aflalo connects amateur, semi-pro or pro DJs with individuals or companies.

Today, the start-up is announcing a first fundraising of one million euros from around ten business angels including Romain Afflelou (AAsons Fund), Pierre-Emmanuel Evreux (Leia), Thierry Boyer (ex -Webedia) or Jonathan Belolo, at the initiative of Stage 11 (virtual stage in the metaverse ) against 20% of the capital.

But this is only the beginning. The company located in London where the two founders still live (Cathy Guetta said to settle in the United States) has already announced that it has launched a second funding round with, this time, a target of three million euros.

Concretely, Djaayz is an online catalog of 1,691 DJs who can be booked for all types of events: weddings, communions, bar mitzvahs, birthdays, private parties, business seminars, etc. Musically, there is something for everyone: electro, pop, rock, disco, Latin, hip-hop, RnB, etc.

And for all budgets. The price range is very wide, ranging from 200 to 3,000 euros for a 90-minute set. Currently, most DJs registered on the platform ask an average of 250 – 300 euros, according to the estimates of the start-up.

How it works ? By indicating the date, the place, the style of music sought, the budget allocated for his event, the user obtains a list of available DJs. He just has to choose using a short description, his social networks and a rating out of 5 stars, then he books and pays for his services directly on the application.

A geolocation process is combined with a matching system between user expectations and artist profiles (style, price, requirements, bio, audiences, photos, etc.). The latter only have to accept or not the proposals they receive in the form of notifications on their smartphone. Like a race Uber .

As the registration of artists and users is free, the company is remunerated by charging a commission of 20% on each transaction.

“We have changed the way we consume music”

The idea of ​​Djaayz (derived from the night owl mantra “hey DJ!”) came to them during the health crisis. “All our campaigns and events booked with My Love Affair in 2020 were canceled and we had to refund all deposits, remembers Raphaël Aflalo, associated for more than ten years with the Guetta couple (separated since 2014) in this still active company. And like the rest, our way of consuming music has been disrupted by confinement. »

The entrepreneur cites pell-mell several economic factors that pushed them to create a second business (this time without David Guetta): the expected end of the playlists, the omnipresence of DJs “even in gyms”the proliferation of artists combined with their difficulties in standing out from the crowd or even the explosion of “private parties” for fear of covid.

And the market seems buoyant. According to DJ software professionals, there are more than ten million semi-professional DJs. Not to mention the amateurs, user pool for the application. “There is huge potential! » enthuses the entrepreneur who is aiming for 10,000 registered artists by 2023. Above all, in this ultra-competitive world, the promises behind Cathy’s last name make more than one dream.

So far, the app has been tested by 300 users and downloaded 2,000 times. “Through word of mouth alone” specifies the entrepreneur at the head of a team of thirteen people. In barely three months, Djaayz has generated 30,000 euros in turnover through reservations for distinct summer customer profiles: electro festivals (“Paranormal” in six cities), large companies (Afflelou) or even individuals. .

Djaayz is currently only available in France and the United Kingdom. The second fundraising in progress has the clear objective of accelerating its international development from 2023. First targeted countries: Germany, Spain (Ibiza) and the United States (west coast).

Other perspectives: a move upmarket with the creation of a pro version to offer career management services but also the services of star DJs whose price range would vary between 3,000 and 10,000 euros per set, or even ” any further “ covets Raphaël Aflalo. But, spoiler alert: it will probably never be possible to book David Guetta on the app.