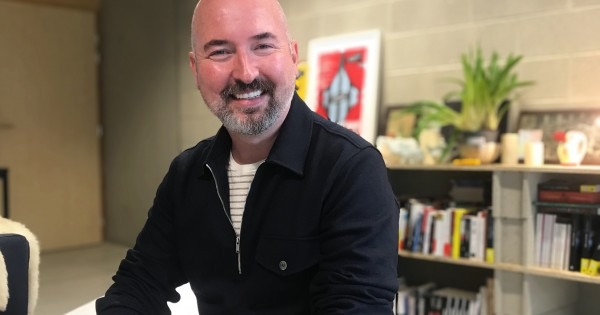 Love! The message is how love endures when it is attacked on multiple fronts. You cannot write a book on Glasgow in 1899 without mentioning the political aspect. There is unemployment, poverty, violence, misogyny and homophobia … But, they’re just there to test love. My only goal was to write a love story between a son and his mother.

Sad love …
Yes it is a sad love, but also resilient. Shuggie’s mom constantly disappoints him, but he comes back every time. He never judges her. He loves her and hopes that tomorrow will be a better day. Shuggie is an engineer of hope. Children can overcome more than you think.

How much is this book inspired by your background?
I have a similar experience to Shuggie: I grew up as poor as him, I am my mother’s youngest child, as far as I can remember, she always suffered from alcoholism, until she died on my 16th birthday. I am too queer and I grew up in a patriarchal environment. I understand loneliness, isolation, poverty, loss and how to live with addiction. I wanted to take all of these things and make it work of fiction. But I rely on several voices in my book, and not just those of Shuggie and his mother Agnes.

The book is also a plea for feminism …
I wanted it to be a feminist book. That time (Editor’s note: industrial period in Scotland, end of the 19the century) is a world where everything is defined by what man does. For leisure, we talk about football, for socializing, it’s the pub… It’s all about the man. I wanted to put the men against the wall in the background. I wanted to focus on the real strength of the time which for me is the woman. But I also wanted to give a voice to men queer who were invisible, which at the time was the best thing that could happen to them, the worst thing being being brutalized.

What motivated you to write?

There was enormous silence over this world. He was always portrayed through the prism of straight men. I wanted to fill this silence, because my mother had been dead for 30 years and I realized that no one was thinking of her anymore. She was a working class woman and she is missing.

Your book has been refused by more than 30 publishers, how were you feeling at the time?
I had some acceptance. I haven’t changed a word, not move a comma. The book has a soul. If they rejected it, it was because it was not a book for them. I believed in Shuggie and his persistence. I couldn’t ask my character to be persistent and not be persistent myself.

From a disadvantaged child in Glasgow, through the life of a fashion designer in New York, to a Booker Prize-winning author. How do you see your career?

I never considered myself to be a talented person. I didn’t have a wonder in me, but I grew up knowing the value of hard work. I’m not trying to be humble. I had to work twice as hard as the others. During the ten years that I wrote Shuggie Bain, I never told anyone about it. I was afraid of being judged: “Who does he think he is writing a book for?“I had very little self-confidence. I think this is partly linked to my social background. From our childhood, we are reminded of who we are, where we belong and what is expected of us. ‘expect nothing from us.

You have often said that you grew up in a “bookless house”. When did you start reading, and what books have marked you?
It was quite common not to have a book at home. In my neighborhood, no one read, but that didn’t make us any less curious or creative. Around the age of 16, when I was trying to succeed in school, my English teacher offered me books to read. The first one I read is Tess d’Urberville by Thomas Hardy. Literature has turned my world upside down.

Can you tell me about your upcoming second book, Young mungo ?
It will be published in April 2022 in English and translated into French, still at Globe. At the end of Shuggie Bain, we leave the character at the beginning of adulthood. I did not want to develop his loves and desires, because the object of the book was on the love he has for his mother. So I had this need to talk about‘homosexuality from another point of view. Mungo (ndlr: diminutive of Kentigern from Glasgow) is the patron saint of Glasgow. But my Mungo is a young man of 15 who lives at the end of the 19the century in the eastern suburbs of the city. He is involved in petty crime. His family has little hope for him. He lives in a neighborhood where the tension between Catholics and Protestants is high. He, a young Protestant, falls in love with a young Catholic. For me, the different masculinities and your place of belonging are fascinating writing subjects.

Douglas Stuart: “I had no wonder in me, I grew up knowing the value of hard work”