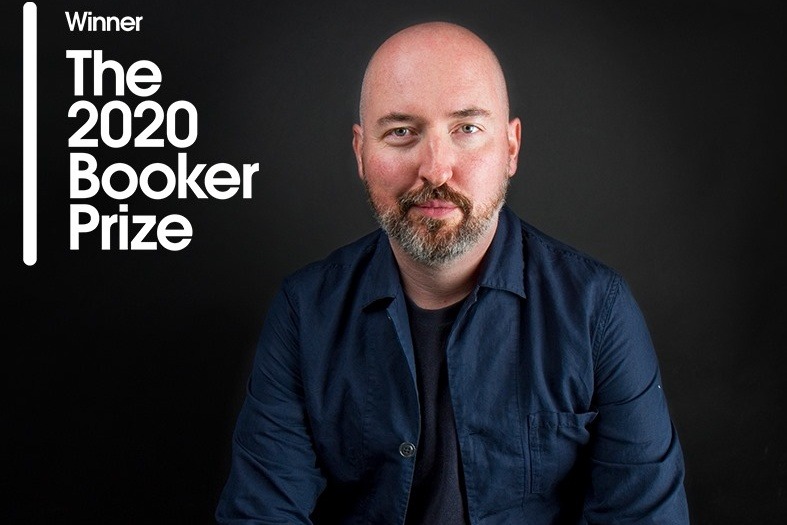 (London) The Booker Prize, a prestigious British literary prize, was awarded Thursday evening in London to the Scotsman Douglas Stuart for Shuggie Bathhis first novel, set in the city of his childhood, Glasgow.

Margaret Busby, president of the jury, called the novel “bold, chilling and heartbreaking” at a ceremony at the Roundhouse performance hall in north London.

Shuggie Bath tells the story of a lonely boy, Shuggie, in search of an identity, who dedicates an unconditional love to his alcoholic mother, Agnes, and remains faithful to her in his descent into hell, in Glasgow of the 1980s under Thatcherism, marked by poverty, the economic crisis, the marginalization of the popular classes and religious communitarianism.

This great fresco of ravaged ordinary lives, which masterfully depicts love, frustration, dependence and self-destruction, is a work as gripping as it is painful.

“I grew up in Glasgow in the 1980s, in incredibly difficult times,” said Douglas Stuart via video link. Writing this book acted like therapy, he said.

He paid tribute to his mother who “suffered from addictions and did not survive those addictions.”

“My mother would be delighted […] and I think she would be proud,” added the first-time novelist, who wins a 50,000-pound (about $87,000) reward and the assurance of international fame.

The 44-year-old author lives in New York where he works in fashion.

Reading as an escape

The ceremony was organized in London, but the six finalists for the prize, which each year rewards the author of the “best novel written in English”, followed it from a distance, pandemic obliges.

In a video message broadcast during the evening, the Duchess of Cornwall Camilla, wife of Prince Charles, stressed the importance of reading in this difficult time. “As long as we can read, we can travel, escape, explore,” she said.

Former US President Barack Obama also praised the power of words, explaining in a video that he “always turned to writing to make sense of our world”.

The New Wilderness by Diane Cook is a dystopian fiction set against a backdrop of climate crisis. The American is currently developing a screenplay based on this novel, for which Warner Bros has purchased the rights to adapt it into a series.

As in The New Wilderness, Burnt Sugar by American Avni Doshi explores the conflicting relationship between a mother and her daughter, but this time in contemporary India.

In real-life by American Brandon Taylor, we follow Wallace, a young black homosexual confronted with racism during his first steps on a campus in the American Midwest, a thousand miles from his childhood in Alabama.

Also featured was Zimbabwean writer Tsitsi Dangarembga for This Mournable Bodythe third volume of a trilogy begun with Nervous Terms (On edge in the French version), on the journey of a young girl from Zimbabwe sinking into poverty.

The first Ethiopian author to appear in the final of the Booker Prize, Maaza Mengiste was selected for The Shadow King which describes the uprising of ordinary citizens against the Italian invasion in Ethiopia in the 1930s, through the character of Hirut.

These six finalists were selected after reading 162 novels published in the UK or Ireland between 1er October 2019 and September 30, 2020.

Among the novelists already distinguished by this award are Hilary Mantel, Salman Rushdie and Julian Barnes.

Last year, a rare occurrence, the Booker Prize was awarded to two winners: the Canadian writers Margaret Atwood and the Anglo-Nigerian Bernardine Evaristo, respectively for The Wills and Girl, Woman, Other.

“My daily life hasn’t changed, I’m still doing laundry, I’m still watching TV in the evening, etc., but I feel like I’ve been launched into the world as a writer,” said told Thursday Bernardine Evaristo.