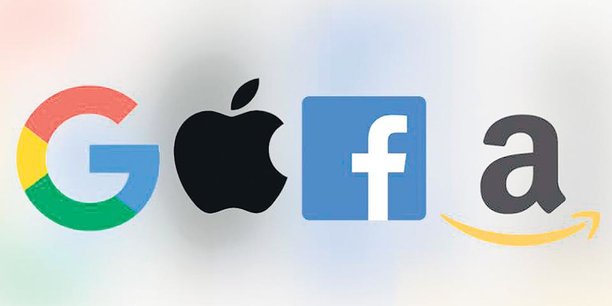 On November 30, the British competition authority (CMA) ordered Facebook to resell the Giphy platform, one of the largest distributors of gifs on the Internet, which it had acquired a few months earlier. This decision is a first in terms of merger control in the digital economy; while the “GAFAM” (Google, Apple, Facebook, Amazon and Microsoft) have acquired more than 700 companies since 2000none of these operations had so far been blocked.

The competition authorities face two obstacles which limit their possibilities of intervention. First, most of these operations do not arrive on their desk. The legal framework provides for notification thresholds based on turnover. However, in the digital economy, many start-ups have a low turnover; their strategy is to build a product, app, and network, and monetize it later. The notification thresholds are therefore rarely reached.

The second obstacle is the asymmetry of information between the controller and the controlled. Competition authorities are responsible for controlling a market that is becoming more complex and opaque every day. As pointed out the economist Jacques Crémer :

“No one knows exactly how algorithms determine Amazon’s choices or Booking’s rankings. »

In addition, the platforms enjoy an advantage in terms of access to information. The GAFAMs are at the center of a network of users on which they collect data. Combined with the development of market meta-analysis techniques, this data gives platforms tools for predicting market developments that are superior to those available to competition authorities.

However, it is essential for competition authorities to be able to prevent these acquisitions by GAFAM from threatening healthy competition in the markets. This is particularly the case in the digital industry, due to a specificity of this industry that economists call “network externalities”: the more users of a service, the more value this service has for these users. Network externalities imply that, past a certain threshold in the number of users, the power of a company is self-reinforcing until it eventually reaches a dominant position.

Buy to grow… or kill

But what would happen to that superpowered position if a few programmers in their garage were to develop a new product superior to that offered by the dominant company, to the point that enough of its users began to turn away from it and create a new network? The platform in place would indeed have every reason to want to avoid such a situation.

With capital such as that held by GAFAM, one way to prevent the new product from entering the market is, quite simply, to purchase it at an early stage of development. Once the owner, the acquirer can integrate the competing product into its ecosystem, or quite simply stop its development. In either case, the potential competition never materializes.

The strategy of buying-eliminating potential competitors is known as “killer acquisition” (” killer acquisition ” in English). The Facebook/Giphy case is a good example. Before its acquisition by Facebook, the Giphy platform was developing a fairly promising advertising service: advertisers could subscribe to a paid service allowing them to include their advertising in gifs. Following the purchase of the platform, Facebook discontinued this servicethus getting rid of a potential competitor in the advertising market.

According to our study relating to the acquisitions of GAFAM between 2015 and 2017, 60% of the services acquired cease to be offered under their original name after their purchase. Of course, not all of these acquisitions are aimed at “killing”; some aim, on the contrary, to continue the development of the product acquired under the name of the acquirer.

Internal documents from dominant companies seem to demonstrate that, before embarking on the development of a new product, the recourse to purchase is considered. Thus, the GAFAMs could outsource part of their R&D in order to benefit from the agility and inventiveness of start-ups who themselves would not have had the capital or the network necessary to market their invention. In order to be able to dissociate the – problematic – cases of “killer acquisitions” from the – legitimate – cases of R&D acquisitions, the competition authorities must adapt their analytical tools, whether methodological or legislative.

From a methodological point of view, the analysis of the anti-competitive potential of an acquisition must be adapted to the economic specificities of the digital market, in particular the presence of network externalities and the possibility of potential competition exerted by start-ups -up.

Let’s take the case of the acquisition of WhatsApp by Facebook, in 2014, for 22 billion dollars. The European Commission cleared the transaction, arguing that there was enough alternative email services, but probably underestimating the role of network effects as a barrier to entry. Therefore, the increase in Facebook’s market power resulting from this acquisition has been understated.

Then, even though on the date of its acquisition WhatsApp could not be considered a direct competitor of Facebook, since the application did not offer all the services of a social network, the two companies had in common both certain features (in this case, messaging) that their user bases. Thus, if WhatsApp had wanted to extend to other services offered by Facebook, the base of potentially interested users was already acquired. For this reason, it is essential to consider the dynamics of the digital market in the analysis of the competitive forces to which companies in the sector are subject.

From a legislative point of view, reforms of the merger control framework in the digital economy are discussed, all over the world. To respond to the low number of operations actually examined by a competition authority, some countries have already implemented a reform of legal notification thresholds. For example, Austria and Germany now apply a notification threshold based on the price of the transaction.

Since March 2021, the European Commission has also allowed Member States to refer to it the examination of transactions that do not reach the thresholds relating to turnover. when the latter does not reflect the competitive potentialactual or future, of at least one of the merging parties.

As regards the problems linked to the asymmetry of information between platforms and competition authorities, the solution does not yet seem to have been found. Some experts consider the “reversal of the burden of proof” ; the parties to the concentration would bear the burden of demonstrating the absence of anti-competitive effects. But the opponents remain numerous. According to the latter, in addition to going against the fundamental legal principle according to which the plaintiff is required to prove the damage, such a measure risk of discouraging pro-competitive mergers.

Thus, competition authorities must continue to adapt in order to be able to strike the right balance between market competition and incentives for innovation, at the lightning speed of developments in the digital industry.

The original version of this article was published on The Conversation.

GAFAM: how to limit “killer acquisitions” of start-ups?