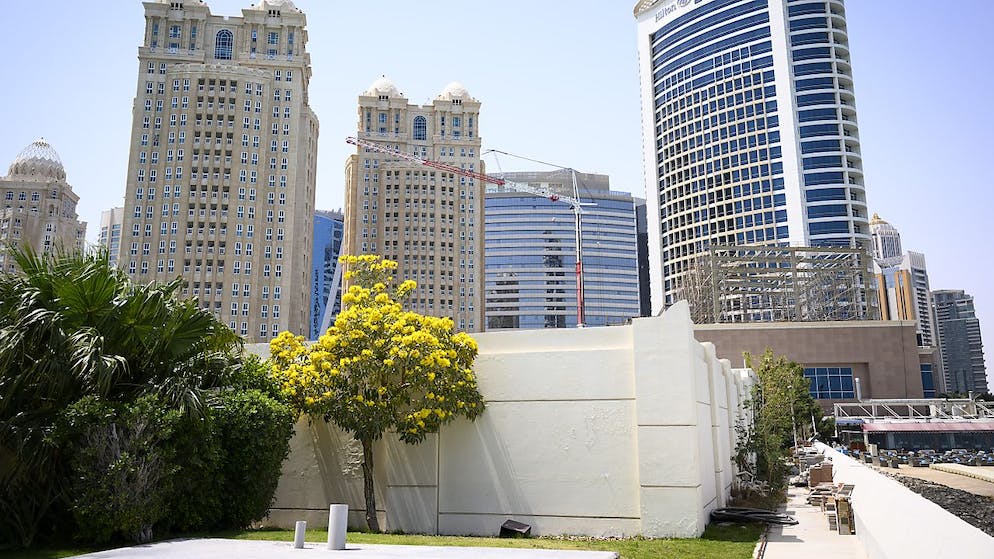 One week notice only. Reem has been asked to vacate her apartment on Pearl Island in Doha after its landlord decided to rent it out at a high price during Worlds 2022.

On social networks, testimonies are pouring in and, according to comments collected by AFP, many residents of Qatar have found themselves in this situation in recent months, when their landlord refused to renew their lease. Others had to choose between paying more for one or two years and looking for less elsewhere.

The government acknowledges ‘increased demand’ for accommodation during the tournament but has not commented on individual cases. An official clarified that tenants “can file a complaint with the Rental Dispute Resolution Commission”.

“We felt humiliated. We had to move (…) to a hotel with all our things in bags and boxes,” says Reem (a pseudonym), a 30-year-old who has lived in Doha for four years. Like dozens of his colleagues, his company had found him an apartment in a tower two years ago.

Recently, his management informed them that the landlord did not wish to renew their leases and that they had a week to vacate apartments “booked (…) during the World Cup” from November 20 to December 18.

A diplomat also said on condition of anonymity that staff at his embassy had asked for a raise to deal with their rising rents.

“Rents increased last month,” also notes Nabil Ghorra, a 59-year-old Lebanese-American also residing on the Pearl Island. “I feel like people are trying to take advantage of the situation.”

“Most of the owners are Qataris who want to take advantage of the (World Cup) period, so they are ruthless,” said a manager of a real estate company asking to remain anonymous.

According to this official, Doha is currently experiencing an average increase in rents of around 10% (the percentage authorized by law) but some landlords are increasing prices “crazy”.

Anum Hassan, head of research for the international consultancy Valustrat Group in Qatar, estimates that “rents have increased by 40% on average over one year in certain areas”.

This phenomenon also affects the supporters who will come to the rich gas emirate to attend the first World Cup in the Arab world, the organization of which cost billions of euros.

On Airbnb, apartments for two people are rented for an average of 2,500 euros per night and 77,000 euros for the month. The minimum monthly rent for a villa is around 13,000 euros, but prices can rise to several hundred thousand euros.

Qatar, a small country with limited accommodation capacity, hopes to welcome more than a million visitors during the World Cup.

Some will go back and forth from neighboring countries for a day. To accommodate the others, the organizers have set up a platform, with controlled prices, for 130,000 accommodations in hotels, cruise ships, apartments, prefabs and tents.

Outside this framework, the owners are free to set their prices, but the recent marketing of thousands of hotel rooms (reserved by the organizers but ultimately cancelled) could bring prices down.

To also capitalize on the event, many tenants considered subletting their accommodation. But this is impossible without the agreement of the owner, as the manager of the public limited company mentioned above has experienced at his expense.

Adel, who preferred to testify under a pseudonym, has also been offering the one-room apartment he rents on Airbnb since April for $900. “The demand was very strong,” he says, but the man had to cancel the reservations after receiving a letter from Airbnb asking him for the agreement of his owner.

For Reem and his colleagues, the difficulties are not over, their hotel being booked during the World Cup. “We were told that we were going to move into apartments but it’s not sure,” worries the young woman.

In Qatar, rents are soaring, tenants pay the price