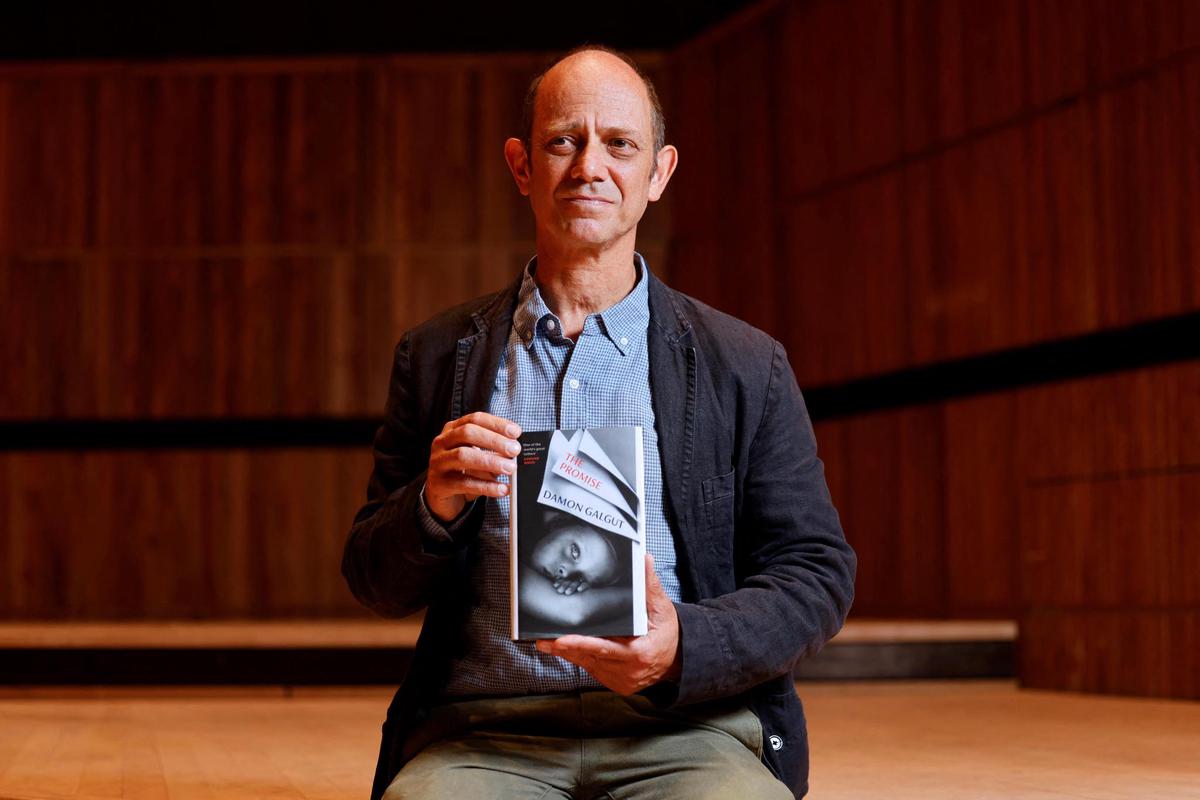 South African author Damon Galgut won the Booker Prize, a prestigious British literary prize, on Wednesday evening for “The Promise”, a book about the passing of time in a white farming family in post-apartheid South Africa.

“I am deeply, humbly grateful,” said the 57-year-old winner, a third-time Booker Prize finalist. Obviously moved, he hailed a “great year for African writing”, marked by the Nobel Prize for Literature by Abdulrazak Gurnah, a Briton born in Zanzibar.

“It’s a process that will continue” and “people are going to take African writing a little more seriously,” Damon Galgut warned at a press conference, “there is a lot of great writing that is coming. on our side”.

On receiving the award, Damon Galgut, who was among the favorites among the six finalists, stressed that he wanted to accept it for “all the stories that have been told and the one that has not”, the writers, recognized or not, “of this remarkable continent”.

Covering the period from the end of apartheid until the presidency of Jacob Zuma, his book, “The Promise”, traces, over a series of funerals, the gradual dislocation of a white family in Pretoria at the time. that the country emerges towards democracy. The president of the jury, the historian Maya Jasanoff, underlined the “originality” and the “incredible fluidity of voices”, of the work, “a dense book, with historical and metaphorical significance”.

The “New Yorker” called “The Promise” “remarkable”, while the “Sunday Times” of South Africa found “astonishing how much history Galgut manages to put into this short novel”. In a video released before the announcement of the result, the author explained that he wanted to show in this book “the passage of time and what he does to the family, what he does to the politics of the country and what he does to notions of justice ”.

The real subject of the book is “time and how time flies”. If one message were to be taken, “it would be that mortality is what underlies all of our lives”, “we all age and everything changes as time goes by”.

Broadcast on the BBC, the ceremony brought together all the finalists in person, after video conference appearances in the previous edition, due to restrictions linked to the coronavirus pandemic. The six books selected for the final were selected by the five jurors from 158 novels published in the United Kingdom or Ireland between October 1, 2020 and September 30, 2021.

There were the American Patricia Lockwood, in the running for “No One is talking About This”, which puts the tragedy of a lifetime in the face of “the absurdity” of social networks, as well as two of her compatriots: Richard Powers (” Bewilderment, “in which an astrobiologist escapes to fantastic worlds as he helps his troubled son) and Maggie Shipstead (” Great Circle, “which takes readers through the intertwined journeys of a twentieth-century aviator and a star 21st Century Hollywood).

The other finalists were the Sri Lankan writer Anuk Arudpragasam, 33, with “A passage North”, which evokes the traumas and memories of the civil war in Sri Lanka and the British-Somali Nadifa Mohamed, 40, for “The Fortune Men , Based on the true story of a Somali man wrongfully convicted and executed for the murder of a woman in Cardiff harbor in Wales in 1952.

Last year, the prize was awarded to the Scotsman Douglas Stuart for his first novel “Shuggie Bain”, which is set in a working class family in Glasgow plagued by alcoholism and poverty in the years. 1980. Launched in 1969, the Booker Prize annually rewards the author of “the best novel written in English”. The winner wins a prize of 50,000 pounds (around 62,000 francs) and the assurance of international fame.

You found an error? Please let us know. Report it now.