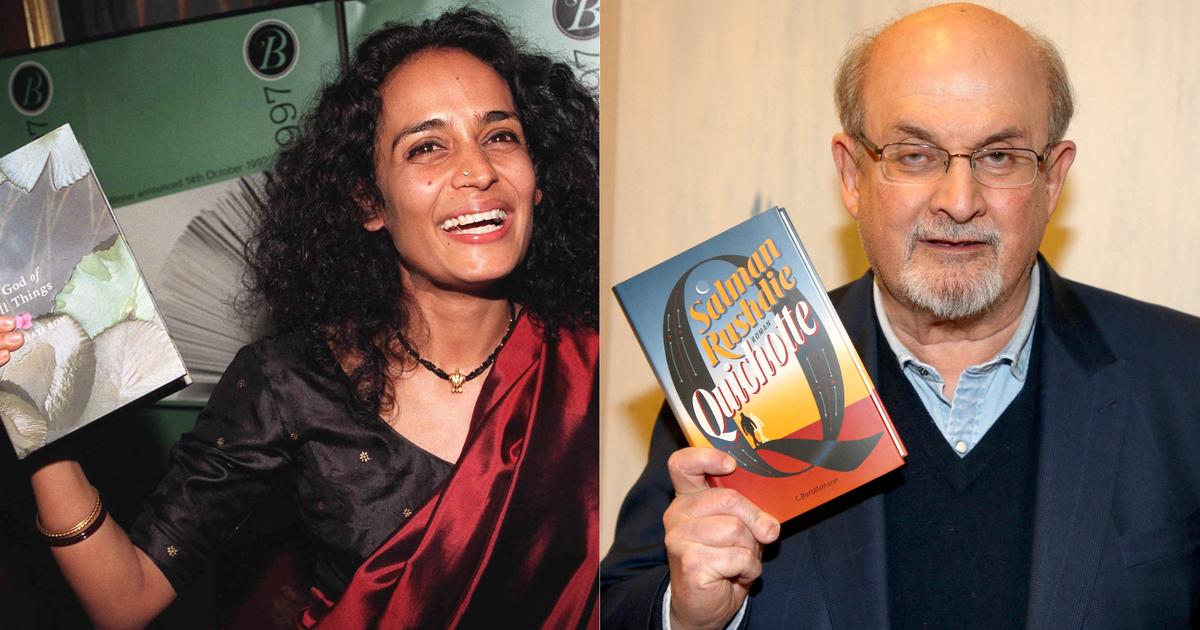 On the occasion of the 75and anniversary of India’s independence, around thirty Indian writers are invited to the Paris Book Festival. Indian literature is vast and diverse but for the majority of works, it is in English.

Driven by some twenty regional languages, Indian literature, guest of honor at the Paris Book Festival, displays an insolent effervescence with 9,500 publishing houses and more than 120,000 titles published each year.

Nearly half of these works are written in English and their readership continues to grow with the increase in the literacy rate and the number of English speakers in the middle class. This literature is no longer aimed simply at an elite and is becoming known abroad as producing the best of the English-language novel. Here are five representatives:

A novelist born in Bombay in 1947 among progressive Muslims, Salman Rushdie made Indian literature known abroad thanks to his novel The Midnight Childrenconsecrated by the British Booker Prize in 1981. This novel, which is part of the magical realism of Gabriel Garcia Marquez, traces the history of India from independence in 1947 to the government of Indira Gandhi at the end of the 70s.

In 1989, the writer, who arrived in Great Britain at the age of 13, became the enemy of fundamentalist Muslims with his satanic verses: the Iranian supreme guide pronounces against him a fatwa condemning him to death. The decree triggers a wave of hatred and violence in the Muslim world and forces him to live in hiding for ten years. Having become a symbol for freedom of expression, this irreverent storyteller who has been living in New York for twenty years, released in 2020 Quixotea picaresque story full of humour.

Considered one of India’s greatest writers, Amitav Ghosh follows in the tradition of Salman Rushdie’s epic novel. Born in 1956 in Calcutta, this anthropologist trained in Oxford and professor of comparative literature in New York, is the author of nine novels and six essays. His stories of a thousand and one nights where a crowd of colorful characters hurry together are all part of the history of the Indian subcontinent. His novel The Bengal Lights received the Prix Médicis Etranger in 1990, in France.

Born in 1937 in Bombay, to a Bengali father and a German mother, Anita Desai has paid much attention to the status of women in India. But it does not limit itself to painting the portrait of female servitude in this changing country. The author ofAn exorbitant legacy (1984) shows all the ambiguities of traditional Indian life and confronts them with the contradictions of the so-called free life of Western women.

Exit from anonymity with The God of small things, This former screenwriter, born in 1961 in Meghalaya, a Christian state in northeastern India, is an inexhaustible defender of alter-globalization, ecology and human rights. A tireless supporter of social movements, this resident of New Delhi is the author of a dozen political writings against nuclear tests, the exclusion of the untouchables, Muslim fundamentalism in Kashmir or even the excesses of the Hindu nationalism of the Prime Minister. Narendra Modi.

The God of small things, awarded the Booker Prize in 1997, has sold more than 6 million copies worldwide. In 2018, the novelist returned to fiction with The Ministry of Supreme Happiness where she describes India through the eyes of a “hijara”, a hermaphroditic creature.

In twenty years, this former investment banker, born in 1974, has become the idol of young Indian city dwellers. With plain English, rock-bottom purchase prices, and stories reflecting the dilemmas of the middle class, the author of Three mistakes in my life, has had a string of successes since 2004. “It’s the biggest seller of books in the history of this country,” according to New York Times. Family loyalty and desire for emancipation, academic competition and work pressure, cricket and call centres: Chetan Bhagat’s ten novels each exceed one million copies when they are not adapted for Bollywood.