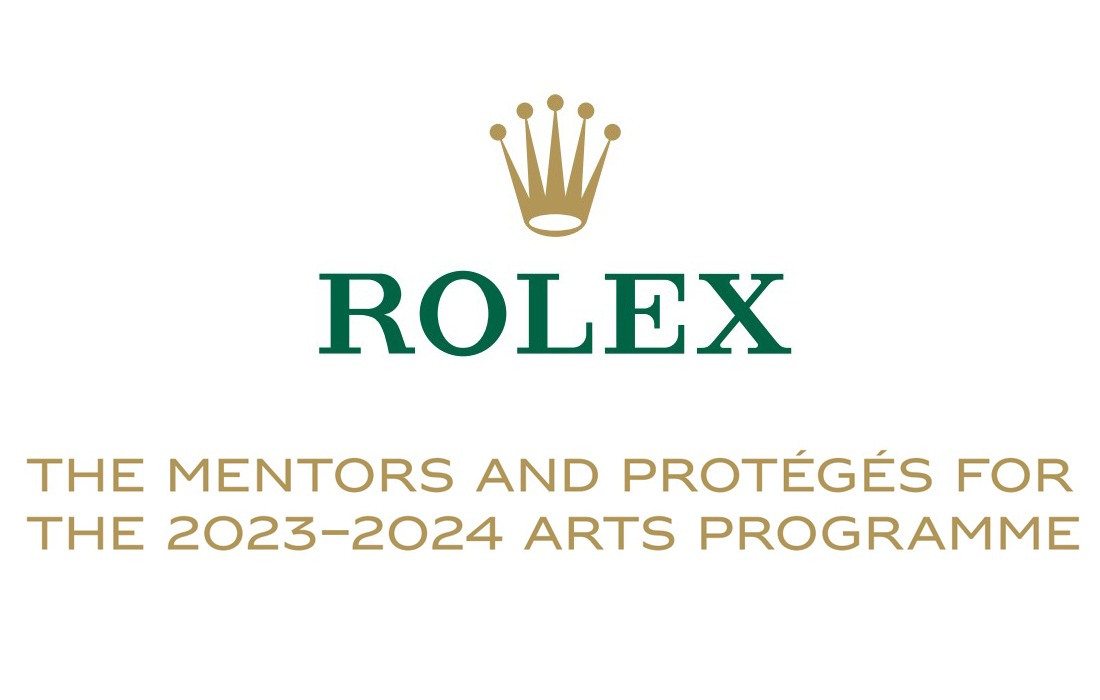 As part of the Rolex Artistic Mentorship Program, five of the world’s most admired artists each sponsor an outstanding emerging artist. The mentors and their protégés, who come from all over the world, will spend the next two years in creative collaboration, helping to pass down artistic and craft knowledge from one generation to the next.

The Swiss luxury watch brand always strives for excellence in all aspects of its business, whether watchmaking or partnerships. Rolex’s support of arts and culture over the years is proof of this. The brand has indeed collaborated with some of the most talented artists in the world and with leading cultural institutions to help perpetuate artistic heritage and build a bridge between past, present and future. The company’s philanthropy is generous and ongoing, and one of its pillars is the Rolex Artistic Mentorship Program. Rolex founded this program in 2002 and since then has paired 54 of the world’s top artists with promising and talented young artists from around the world.

Mentors and protégés are paired for two years, which they spend in creative collaboration. The objective of the Artistic Mentorship Program is to ensure the transmission of the world’s artistic heritage by pairing young artists with recognized masters, then funding them for two years for individual collaboration. At the heart of the process is an exchange of talent, much like the transmission of traditional watchmaking skills from master to apprentice. Rolex has paired artists in the fields of dance, film, literature, music, theater, visual arts and architecture. A system of scholarships and honorariums supports both mentors and protégés during each period of collaboration.

The program gives young artists the opportunity to benefit from the advice and inspiration provided by working with an artistic master in their field for two years. For mentors, it’s an opportunity to see their art through younger eyes and refresh their own perspective on their discipline. For the next 2023-2024 cycle of this program, Rolex has brought together five renowned artists, each specializing in a different craft or skill, as well as five talented young professionals from around the world.

Ghanaian sculptor El Anatsui is widely credited with helping to redefine the art world with the presence of Africa by raising its profile through his monumental sculptures and installations, large-scale sculptures made up of thousands of folded and crumpled pieces of metal and d ‘other materials found, connected together by copper wire. 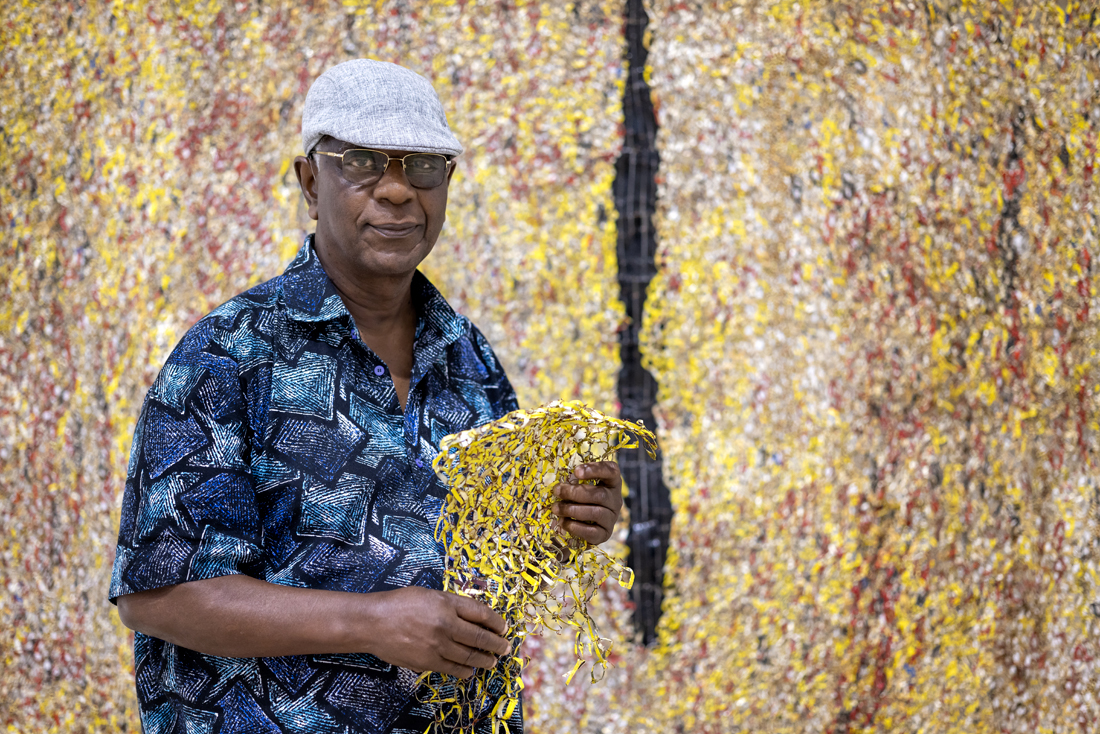 He is Emeritus Professor of Sculpture at the University of Nigeria, Honorary Royal Academician of the Royal Society of Arts and Elected to the American Academy of Arts and Sciences. El Anatsui also received the Venice Biennale’s Golden Lion for Lifetime Achievement and Japan’s Praemium Imperiale.

His protege is South African visual artist Bronwyn Katz, which has established itself on the international scene. The Cape Town-based artist has incorporated sculpture, installation, video and performance into her acclaimed and nuanced body of work, which uses found natural materials, such as iron ore, or salvaged manufactured objects, such as cotton mattresses. foam and bed springs. 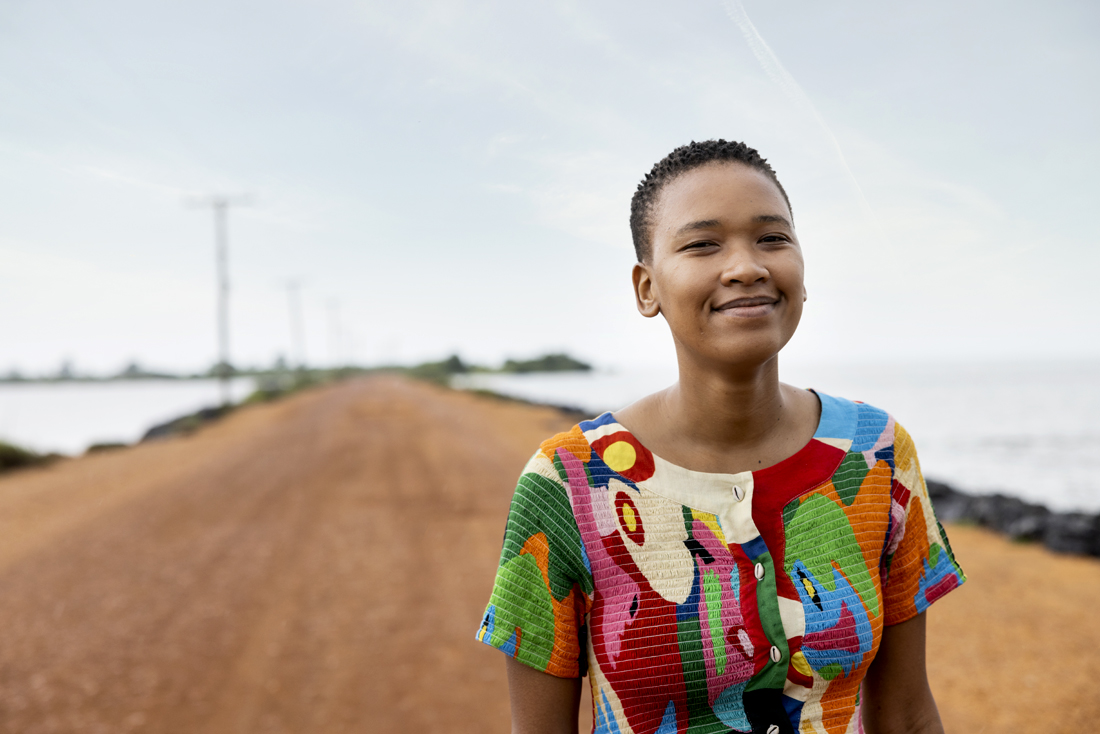 She exhibited her works at the White Cube Gallery in London in 2021 and the Venice Biennale International Art Exhibition in 2022, and won the prestigious First National Bank of Africa Art Prize in 2019. She is also a founding member of iQhiya, a network of 11 black female artists.

Bernardine Evaristo was the first black woman and the first black British person to win the prestigious 2019 Booker Prize for her novel Girl, Woman, Other. She has written 10 books that explore the African Diaspora and numerous other works of short fiction, poetry, drama, essays and journalism. Evaristo is president of the Royal Society of Literature, the first female writer of color to hold that position in 200 years.

The Ghanaian author based in Senegal, Ayesha Harruna Attah, is part of a new generation of African writers who are making a name for themselves in literary circles. She has published five novels, including Harmattan Rain (2009) and Zainab Takes New York (2022). In his works, Attah strives to create historical fictions that challenge existing preconceptions about Africa. Among her many accolades, Attah was a finalist for the William Saroyan International Writing Prize, was shortlisted for the Les Afriques Prize, and was shortlisted for the Wilbur Smith Adventure Writing Prize.

Recognized as one of the most daring Chinese filmmakers today, Jia Zhang Ke made his first films, known as Shanxi trilogy, in times of transition in Chinese society. In 2006, his film Still Life, critically acclaimed, won the Golden Lion at the Venice Film Festival and earned him Best Director at the Asian Film Awards. His last three award-winning feature films are A Touch of Sin (2013), Mountains May Departure (2015) and Ash is Purest White (2018). In 2017, Jia founded the Pingyao International Film Festival.

Based between Amsterdam, London and Manila, the Filipino filmmaker Rafael Manuel grounded his films in the study of philosophy and visual communications. He won the Silver Bear Jury Prize at the 2020 Berlin International Film Festival for his short film Filipinana, the Prince Claus Seed Award for Development and Culture, the Script and Development Award from the Hubert Bals Fund, and the Ani ng Dangal Award from the Philippine National Commission for Culture and the Arts. Manuel is currently working on his first two feature films: Filipinana (based on his short film) and Heritage. He is also co-founder of the international artist collective and film production company Idle Eye Productions.

Anne Lacaton is renowned for designs that maximize the human and environmental potential of architecture, while making sustainable use of what already exists. With her partner Jean-Philippe Vassal, she was named the winner of the 2021 Pritzker Architecture Prize. Established in Paris in 1987, Lacaton & Vassal has designed dozens of projects for private and social housing, cultural and university institutions, as well than public spaces – especially across Europe. Lacaton was associate professor of architecture and design at the Swiss Federal Institute of Technology in Zurich and has been a visiting professor at other leading universities.

Arine Aprahamian is a Lebanese-Armenian architect, designer and researcher who champions an innovative, affordable and sustainable vision of the future. She founded the architecture and design studio Müller Aprahamian with her partner Adrian Müller in 2018, working on projects in Beirut, London and Yerevan, Armenia. They recently launched Terraforma, an in-house R&D project working with local industry to explore the traditional and ancient building material of clay and produce innovative, domestic alternatives for architectural materials.

Winner of five Grammy Awards, Dianne Reeves is one of the best jazz singers in the world. She was the first Creative Chair for Jazz at the Los Angeles Philharmonic Orchestra and has performed at the White House multiple times. In 2018, the National Endowment for the Arts named Reeves a Jazz Master, which is the highest honor for a jazz artist in the United States.

South Korean modern jazz singer and songwriter Song Yi Jeon is known for skillfully combining modern jazz harmony and bizarre time signatures with captivating, lilting melodies. She studied at Berklee College of Music in Boston, where she was the first Quincy Jones CJ&E Fellow and also received the Billboard Endowed Award. The Song Yi Jeon Quintet performed at the famous Blue Note in New York, and in 2015, the quintet released the mini album Straight. In 2018, Jeon released her debut album, Movement of Lives.