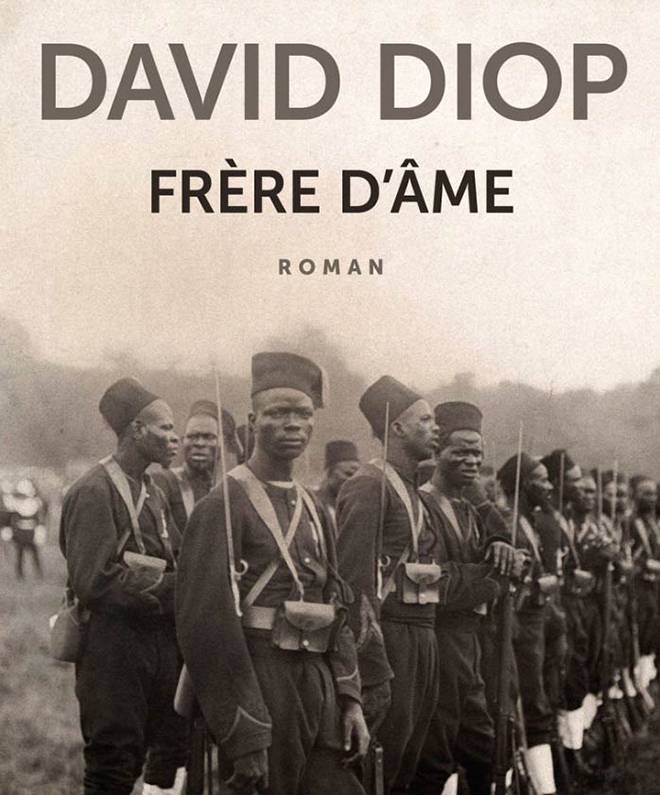 The French novel Frère d’âme has won the international version of the prestigious British literary prize Booker Prize, which rewards both its author David Diop and its British translator Anna Moschovakis.

David Diop, 55, thus became the first French author to win this prize awarded to foreign books translated and published during the year in the United Kingdom or Ireland.

“I am extremely happy to have won, it shows that literature has no borders”, declared the novelist to AFP, judging “magnificent” that his translation allowed “the emotional charge which touched French readers” to be “extended in the English-speaking world”.

The translator Anna Moschovakis, also a recognized poet, shares with Mr. Diop the 50,000 pounds (58,000 euros) coming with this prize, one of the only ones to reward the major role of translators.

This second novel by David Diop, who was raised in Senegal and whose great-grandfather fought during the Great War, can be read as a tribute to the combatants of this conflict, and in particular to the 200,000 Africans who fought in the French army.

The narrator, Alfa Ndiaye, is a Senegalese rifleman. During an assault, his comrade in arms and childhood friend is seriously injured. He begs his friend to finish him off, but he can’t bring himself to do so. The book recounts Alfa Ndiaye’s attempt to redeem his companion, who died in terrible suffering.

Despite the “specificity of the context”, which speaks more to French-speaking readers, the “issues of race-based domination and colonial violence, which exist everywhere in the world”, knew how to speak to the English-speaking jury, judge Ms. Moschovakis.

“This story of war, love and madness has terrifying power,” said jury president Lucy Hughes-Hallett in a statement, saying that the novel’s “incantatory prose and dark but brilliant vision” had “cast a spell” on all the members of the jury, “blown away”.

Faced with the impossibility of translating the pun into the French title, Anna Moschovakis titled the English version At Night, All Blood Is Black.

This sentence taken from one of the first chapters of the novel had already been mentioned as a potential title “with my publisher in France” (Le Seuil), before its publication in 2018, said Mr. Diop.

The novelist finds it “quite interesting”, because “it translates well the will of the novel to suggest that war and its violence affect everyone and that, when the blood flows, it has the same color whatever human beings “.

A total of 125 books were in competition this year for the International Booker Prize.

The French novel Frère d’âme has won the international version of the prestigious British literary prize Booker Prize, which rewards both its author David Diop and its British translator Anna Moschovakis.David Diop, 55, has thus become the first French author to win this prize awarded to foreign books translated and published in the United Kingdom…