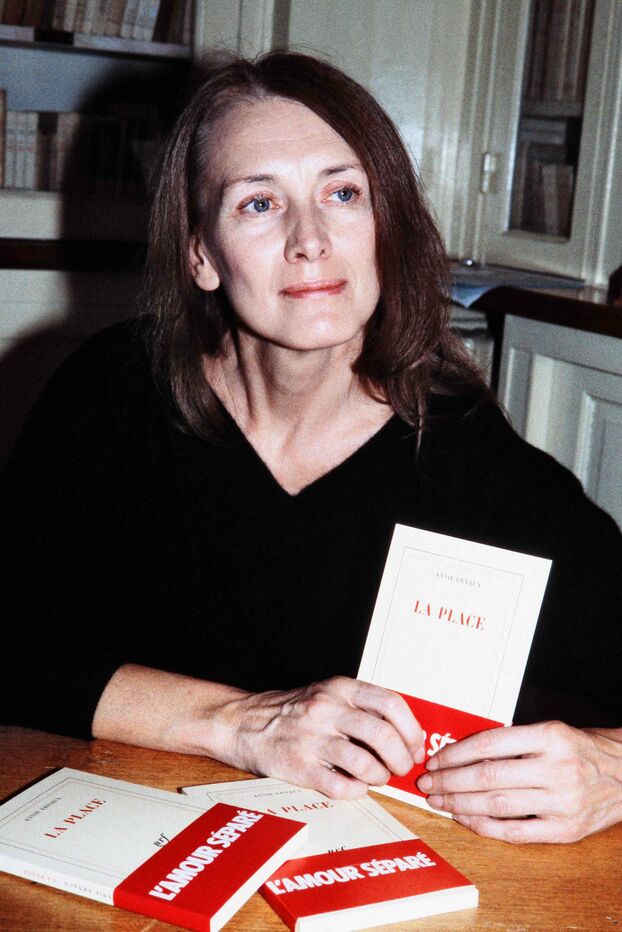 A Frenchwoman at the top! The Nobel Prize for Literature was awarded on Thursday to Annie Ernaux. She succeeds British novelist of Tanzanian origin Abdulrazak Gurnah (2021) and American poet Louise Glück (2020).

The 82-year-old writer is rewarded for “the courage and clinical acuity with which she discovers the roots, the distances and the collective constraints of personal memory”, explained the Nobel jury. It is a “very great honor” and a “responsibility”, reacted the winner on Swedish television. She becomes the 17th woman to win the Nobel Literature, and the 16th French winner since the founding of the famous awards in 1901.

“I consider it a very great honor that I am being given and for me at the same time a great responsibility, a responsibility that is given to me by giving me the Nobel Prize”, added Annie Ernaux. “That is to say, to testify (…) to a form of fairness, justice, in relation to the world”, she added.

Prix ​​Renaudot in 1984 for “La Place” and finalist for the prestigious international Booker Prize in 2019, this professor of literature at the University of Cergy-Pontoise has written around twenty stories in which she dissects the weight of class domination and the amorous passion, two themes that marked her itinerary as a woman torn because of her working-class origins.

“In her work, she constantly explores the experience of a life marked by great disparities in terms of gender, language and class”, underlined academician Anders Olsson. His clinical style, devoid of any lyricism, is the subject of numerous theses.

On Twitter, Emmanuel Macron salutes “the voice of freedom for women and the forgotten of the century. “Annie Ernaux “joins by this coronation the great circle of Nobel of our French literature”, writes the President of the Republic.

Annie Ernaux has been writing, for 50 years, the novel of the collective and intimate memory of our country. Her voice is that of the freedom of women and of the forgotten of the century. She joins by this coronation the great circle of Nobel of our French literature.

An avowed left-wing writer, Annie Ernaux feeds on Bourdieusian sociology, the discovery of which in the 1970s allows her to identify the “social malaise” that gnaws at her as soon as she enters a private school in the 1950s.

Born in 1940, she lived until she was 18 in her parents’ “dirty, filthy, ugly, disgusting” café-grocery store in Yvetot in Haute-Normandie, from which she will extract herself thanks to an aggregation of modern letters obtained by dint of intense intellectual work.

From “Empty Cupboards” (1974) to “The Years” (2008), this tall, beautiful blonde woman will follow a writing trajectory that leads her from a bitter and violent first little novel to this generous historical autobiography.

In “Empty Cabinets”, her heroine describes with rage the two incompatible worlds in which she evolves during her adolescence: on the one hand, ignorance, filth, the vulgarity of drunken customers, the petty little habits of her grocers of parents and on the other “the facility, the lightness of the girls of the free school” from the petty bourgeoisie.

Critics and forecasters were torn between two schools this year: those who see the latest prizes as confirmation that the Academy does not like writers who are already recognized, especially when they already sell a lot of books; or those who think it could vary by crowning a world-renowned author.

Several controversies in the past

The Swedish Academy is also recovering from a long crisis, after a #Metoo scandal in 2018 and the awarding of a controversial Nobel the following year to the Austrian writer Peter Handke with sulphurous pro-Milosevic positions. Renowned – and criticized – for her masculine and Eurocentric choices, she has since successively crowned an American and an author born in Zanzibar whose work is centered on the torments of exile and refugees, anti-colonialism and anti-racialism.

The Nobel jury regularly insists on the fact that its prize is neither political nor subject to the rules of parity or ethnic diversity, and that the only guarantee is the quality of the letters and the work.

The Nobel Prize in Literature awarded to Annie Ernaux, who wants to testify for “fairness and justice”

Market your seasonal accommodation on the internet
All Saints holidays by plane: Tui cuts prices with ALL IN family rates in the sun in Spain, Turkey a...
Possession: 6 years of sleepless nights told by the members of the collective
Tweet
Share
Share
Pin
Other links: https://awardworld.net/resources/