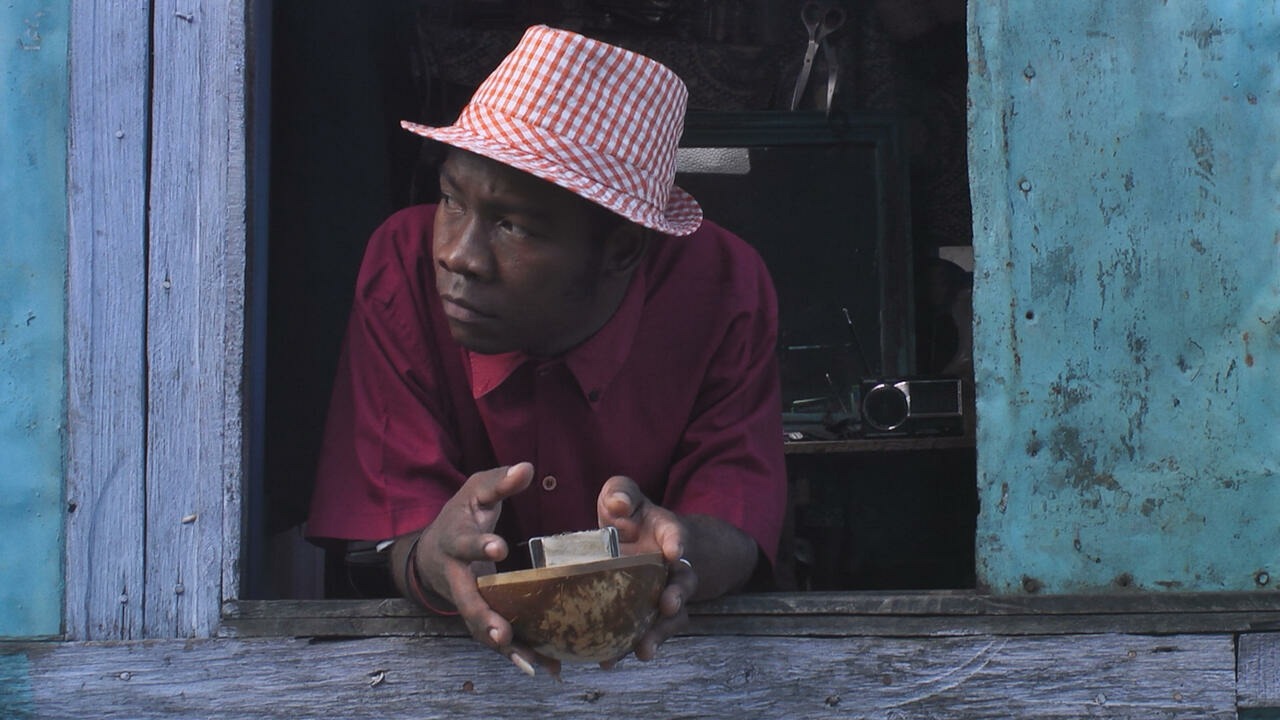 More than a retrospective, it is a vast fresco, an anthology of pan-African cinema, this ” largely unknown cinematography “. Under the title “Tigritudes”, the Forum des Images in Paris welcomes from this Wednesday, January 12, 125 films from 40 countries covering 66 years of cinema history, from 1956 to today.

tigritudes, this cycle of cinema in chronological order and of a crazy ambition brings together Arabic-speaking, French-speaking, English-speaking and Portuguese-speaking cinematographies from the African continent, without forgetting the filmmakers of the African diaspora. Interview with the Franco-Senegalese director Dyana Gaye, co-organizer of this unique event.

Dyana Gaye : I was a movie buff from a very young age. I grew up in France and in my adolescence, there were no possible places of identification in France. I grew up in Paris in the 1980s and French cinema was not crossed by black characters. Films from Africa very rarely arrived on cinema screens. I started my apprenticeship through African-American cinema and I discovered African cinema much later, during my university studies where I did this work somewhat alone. Anyway, there was still no real access for this African cinema in cinemas. So, I discovered this in cinematheques, then festivals, but it’s a cinephilia that I forged very late and in a rather solitary way.

The singularity of tigritudes is its chronological proposition. There have been retrospectives of cinema in Africa, but tigritudes is precisely not a retrospective. I am a director, Valérie Osouf with whom I co-program this cycle, is herself a director. We like to call tigritudes a subjective, two-headed anthology, which would be the fruit of crossed views, of Valérie and myself. In this regard, it is unprecedented. We are not programmers or academics, our job is to make films. This brings a singularity to the cycle.

The African continent is made up of 54 countries. In France, we are often used to splitting up and compartmentalizing the cinema of the African continent. We often have access to it through French colonial history, Maghreb cinema, films that are often separated from the rest of Africa. Of sub-Saharan cinema, we mainly know the cinematographies of Senegal, Mali, Burkina Faso…

This cycle proposes to widen the field and to mix in the same program the Arabic-speaking, English-speaking, French-speaking and Portuguese-speaking cinemas which are all the richness and the singularity of the African continent. All of this echoes screenings of the Afro-descendant diaspora, since we have decided to have the films dialogue with works from the Caribbean diaspora, from England, works from the United States, Cuba, Tahiti, etc.

In your cycle tigritudes, why does the history of pan-African cinema begin in 1956 ?

1956 is the beginning of the great wave of independence and the date of independence of Sudan. We were also inspired by a collective audiovisual work that was carried out at the INHA by the art historian and writer Zahia Rahmani, Seismography of struggles, which was exhibited last year notably at the Center Pompidou. Since the beginning of the 19th century, it has taken an interest in listing non-European journals by representing them, again, chronologically. This is what inspired us to tigritudes. To observe, from 1956, how on the continent and in its diaspora, forms, issues cohabit, aesthetics develop, liberate themselves, also leaning on this wave of independence where the continent seizes of its own image and of the cinematographic tool, even if there are stories before 1956. Egypt, for example, has a particular history of independence and its very strong cinematographic industry was developed well before 1956. But, we had to start somewhere and, with the number of sessions available, it was the best time for us.

In your cycle, the year 1956 rhymes with the release of Black water by Youssef Chahine. What impressed you about this Egyptian film with Omar Sharif ?

It’s a pretty classic movie. A love story that unfolds in the working class. These are themes specific to Youssef Chahine. This is the great social fresco and one of the themes that shape the beginning of the cycle. Opening with Chahine was symbolically very strong. He is an immense filmmaker, certainly one of the greatest filmmakers on the African continent. Black water is a rarer film, it is more of a cinematheque film, presented here in a restored print version.

You show many films by award-winning filmmakers at the biggest festivals, for example the Mauritanian Abderrahmane Sissako, the Malian Souleymane Cissé, the Senegalese Sembène Ousmane, the Nigerian Aduaka Newton or the Belgian of Ghanaian origin Anthony Nti… or not known in France, could you share with us one of your discoveries ?

O Canto Do Ossobo (“The Song of Ossobo”, 2018), scheduled for Friday February 25 at 4 p.m., was a real discovery for us. A film from São Tomé and Príncipe, a territory which for us was completely untouched by cinema. A documentary directed by Silas Tiny who comes from São Tomé e Príncipe and lives in Portugal. A very beautiful documentary, quite arid, very powerful, on the vestiges and the history of the slave trade and slavery in São Tomé through agricultural history. Another filmmaker to discover, Jeremiah Mosese, who will be presented on February 26 at 3:30 p.m. Mother, I’m Suffocating. This Is My Last Film About You (2019). A magnificent black and white poem by a filmmaker from Lesotho, a country absolutely rare in cinema, a small enclave of South Africa of which we have seen very few images so far. I would highlight these two films for their rarity.

For you, pan-African cinema remains a cinematography “ largely unknown “. In the field of literature, one may have the impression that the glass ceiling has recently been shattered, with African authors winning the Nobel Prize for Literature in 2021 (Tanzanian Abdulrazak Gurnah), the Goncourt Prize (Senegalese Mohamed Mbougar Sarr), the Booker Prize (the Franco-Senegalese David Diop)… In the field of cinema too, in recent years, many films by filmmakers of African origin have made their mark: in 2019 Talking about trees by Sudanese Suhaib Gasmelbari at the Berlinale and Mati Diop with the Grand Prix at the Cannes Film Festival for Atlantic, in 2020, Dieudo Hamadi was part of the official selection of Cannes with On the way to the billion, and in 2021, the films of Mahamat-Saleh Haroun and Nabil Ayouch were selected for the official competition on the Croisette. Do you feel like the glass ceiling regarding filmmakers of African descent is exploding ?

Yes, there are places and festivals where African directors are spotlighted. But, it’s so punctual. I want to be optimistic. There is a new generation unfolding with tremendous works. And I hope they will be distributed as widely as possible. But, there is always this ignorance and this fracture and division which fragment the distribution of films. There are a few festivals like the Berlinale or the Locarno festival that do some clearing work, but these are still fairly rare windows. Then, festivals are good, but what is important is the room, the spectators. The problem is how do these films get to theaters and not just festivals.

tigritudes starts this Wednesday January 12 and lasts until February 27. What hope do you associate with these six weeks of this unpublished cinematographic anthology ?

It is the hope of sharing these cinemas that are dear to us and essential to the broader image of the understanding of cinema and the construction of a cinephilia. African cinemas are a missing image. I hope this cycle will arouse the curiosity of a wide audience.