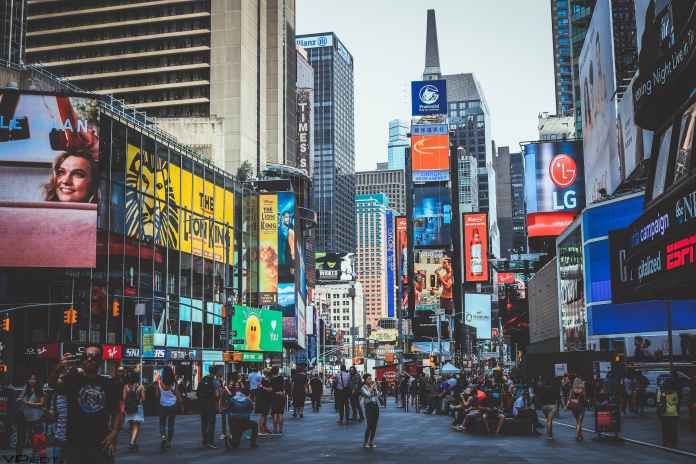 The town of Chautauqua, located southwest of Buffalo, New York, is known for its summer conferences. It is a place where people come to seek peace and serenity. Salman Rushdie, a great writer and influential intellectual, had already spoken in this context.

On Friday, August 12, he was invited to speak on a subject close to his heart: the plight of writers in Ukraine and the ethical responsibility of liberal nation-states towards them. Throughout his career, Rushdie has tirelessly championed freedom of expression for writers.

In the audience – around 2,500 people – was Hadi Matar, 24, from New Jersey, who leapt onto the stage and stabbed Rushdie in the neck and abdomen.

The fatwa and the specter of death

More than 30 years ago, on February 14, 1989, 88-year-old Ayatollah Ruhollah Khomeini, then Iran’s spiritual leader, sentenced Rushdie to death in a fatwa, a legal decision made under prevailing Sharia law. in the country. He was found guilty of blasphemy against the Prophet Muhammad in his novel satanic verses.

His biggest fault? Suggesting that Satan himself had twisted the message delivered to the angel Gabriel by Muhammad. These are, of course, hallucinatory memories of the novel’s seemingly deranged character, Gibreel Farishta. But by equating author and narrator, the fatwa makes Rushdie responsible for a character’s words and actions. And who therefore deserves to be condemned.

Blasphemy against Muhammad is an unforgivable crime in Islam, expressed by the famous Farsi saying: “Take the liberties you want with Allah; but pay attention to Mahomet”.

Ever since the fatwa issued against him, the specter of death has haunted Rushdie, even though the Iranian government ostensibly withdrew its support for that conviction, but without conceding that a fatwa issued by a qualified scholar of Islam – which was Khomeini – could be revoked. Rushdie himself has not always taken these threats seriously: in recent years he has lived more freely, often without bodyguards.

Although the writer is no longer on a ventilator, his injuries remain serious. As stated his agent Andrew Wylie, he risks losing an eye and perhaps even the use of an arm. He will recover, but it seems unlikely that he will return to being the storyteller of old, as I knew him during my visits to Emory University, Georgia, where for five years, from 2006 to 2011 , he was writer-in-residence, and where his archives were installed.

Exposing the fault lines between East and West

We do not know what motivated Hadi Matar to act like this, but his action cannot be dissociated from the 1989 fatwa, told by the magazine Time in an op-ed titled “Hounded by a Raging Faith: Salman Rushdie’s Novel Opens a Rift Between East and West”.

Rushdie was on the cover of Time on September 15, 2017, when the magazine profiled and praised her new novel, The Golden House. In the portrait dedicated to himRushdie reflects on the consequences of the fatwa and the controversy surrounding the Satanic Verses on how his writings are perceived. The humor in his books was neglected, he explains, and his later works suffered from the “shadow of attack” cast upon the Satanic Verses.

The satanic verses were published over 30 years ago – a few years before the birth of Rushdie’s attacker, Hadi Matar. But the insult to Islam felt by the writer’s detractors seems to have endured.

The ongoing debate over Rushdie (as the op-ed in the Time of 1989 on the fatwa) highlights fault lines between the West and the East which had hitherto remained hidden. These fault lines establish, according to the author’s arguments, a radical difference between artistic responsibility in the West and in the East (the latter being narrowly defined as the Islamic East and what VS Naipaul was calling the nations of the Islamic “converts”).

This discourse of radical difference had already taken root in European humanist scholarship, as Edward Said indicated in his masterful 1979 book, Orientalism. Many have asserted that the satanic verses by Salman Rushdie provided a focal point for the debate – with a tangible object that could be pointed to as the definitive example of Western antagonism to Islam.

For most readers who appreciate the novel’s autonomy as a work of art, this is a misreading, if not misleading, of the relationship between art and history. But as Rushdie’s recent stabbing shows, this reading is still powerful.

Unfortunately, Rushdie is overwhelmingly identified (by some) with anti-Islamic sentiments. It distracted from his achievement as the author of some of the best novels written during the 20th century.e century – a great writer whose name is regularly put forward as a potential winner of the Nobel Prize in Literature.

More than a writer

Salman Rushdie, an Indian Muslim, was born into a secular Muslim home and grew up with books and movies. The long-standing wish of his father, Ahmed Rushdie, was to rearrange the Quran chronologically.

Rushdie was born a few months before India’s independence. The India he knew before he left for the prestigious English Rugby boarding school in 1961 was the indisputably secular country of Nehru. This liberal vision, which India seems to have lost, guided her writing and was the source of inspiration for her second novel, The Midnight Children (1981), which had a spectacular success of its second novel and was rewarded by the Booker prize, and of the critical reception reserved for its more creative novels, namely Shame (1983), The Moor’s Last Breath (1995), The earth under his feet (1999) and The Enchantress of Florence.

Like another writer from the global Indian diaspora, VS Naipaul, Rushdie had come to the West with the aim of becoming a novelist. The fatwa radically transformed him into something more than a writer: he became a cultural icon representing the importance of a writer’s freedom of expression.

This demand for freedom is different from the general freedom of expression enjoyed by those who live in liberal democracies. The freedom of the writer is of another order. It is a freedom acquired through hard work and artistic excellence. This freedom is conditional: it is not offered to just any writer. It must be won by entering the canon of world literature, but not necessarily according to a European definition of what constitutes literature. Rushdie’s body of work indicates that he has earned it.

But we cannot stop there. Rushdie’s experience also raises the question of how to negotiate this freedom across cultures, especially those governed by carefully defined moral and religious absolutes.

The violent hysteria engendered by Rushdie’s magical treatment of Muhammad in satanic verses was ultimately limited to a small minority. But it is often this small minority that fails to read absolutes allegorically, as they should be.

The Chautauqua assault shouldn’t have happened. But that’s the price art pays periodically, especially when it’s taken as an easy scapegoat to settle complex historical differences.

This article is republished from The Conversation under Creative Commons license. Read theoriginal article.

If you have found a typo or typo, please let us know by highlighting the text in question and pressing Ctrl+Enter . This feature is only available on a computer.

What is Salman Rushdie the symbol of? | Libnanews, The Citizen Media of Lebanon