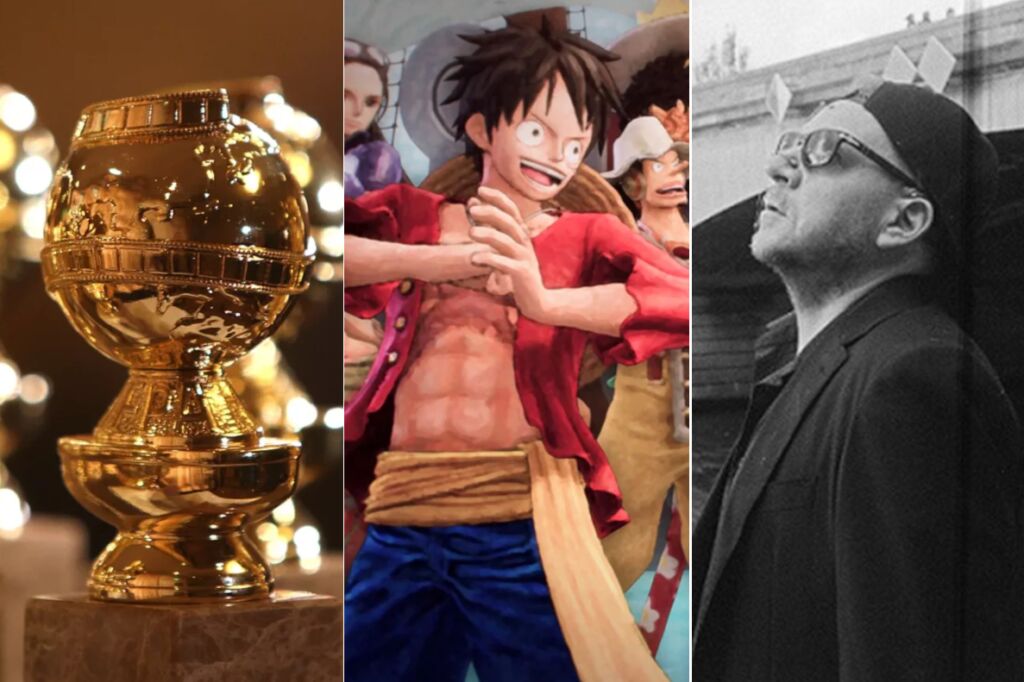 Culture, Pop Culture, technology, news, reviews and surveys… Each week, find the best of L’Eclaireur, with the most interesting articles of the moment.

Golden Globes: our recap of the ceremony and the awards

On the occasion of an 80th ceremony essential to restore their image, the Golden Globes rewarded the most deserving.

One Piece Odyssey : our complete test of the video game adaptation of the cult manga

What to do when you have already conquered the entire planet and marked several generations of fans now anxious at the idea that everything will soon be over? From the height of its 25-year career, the saga One Piece gives himself a well-deserved break from role-playing, and it succeeds rather well. Discover our complete test of One Piece Odyssey.

Our interview with Rockin’ Squat, legend of French rap

squats, rockin’ squat or RCKNSQT are the nicknames of Mathias Cassel, precursor of Hip-Hop in France. A prolific tagger, he is then on radio Nova for anthology freestyles alongside the NTM. Then he created the group Assassin with Solo and DJ Clyde. 40 years later, he is still there and is releasing a new album. Encounter.

CES 2023: review of the most striking innovations

The CES in Las Vegas lived up to its reputation and was able to show us a number of enticing innovations. The show having closed its doors on Sunday January 8, it is time for L’Éclaireur to come back to those that particularly caught our eye.

First graphic novel by Valentine Cuny-Le Callet, the superb Perpendicular to the Sun has just been awarded the BD Fnac France Inter prize. Check out our review.

Sony brings the Walkman up to date

After launching its very high-end Walkman models last year, Sony is adding a new piece to its collection of portable music players, much more affordable this time.

L’Instant lire Reading at Fnac: The literature of resilience

L’instant Lire at Fnac: the rendezvous of all literature not to be missed. Baptiste Liger, editorial director of the magazine Lire, shares his reading tips. At the beginning of the year, place for the literature of resilience.

Slightly barbaric clues appear on the technical data sheets of our high-tech devices. So what exactly is IP certification? We teach you to better understand the waterproofing of smartphones and other connected objects.

Why are musicals so fascinating?

Since their appearance at the beginning of the 20th century, musicals have never left the stage. After conquering the big screen, they are now being exported to new formats. An eternal renewal and a cultural reinvention that questions the fascination for the genre between Broadway, Hollywood and French theaters.

Is the golden age of SVOD platforms really behind us: deciphering the streaming war

The streaming war is heating up. Paramount+ arrives in Europe, when Lionsgate+ leaves the continent, HBO Max merges with Discovery+, but will not be immediately available in France, Salto is on the verge of disappearance… New rules, new prices: in a world of video at the ever-changing and increasingly competitive demand, here’s what to expect in 2023.

Winter sales: our selection of the best deals and sale products

That’s it, the winter sales 2023 are there, with their share of bargains and promotions. However, you feel drowned under the deluge of offers? Here are High Tech and home, kitchen and well-being selections of discounted products and good deals chosen by our specialists.

Golden Globes, One Piece Odyssey, Rockin’ Squat… the top articles of the week