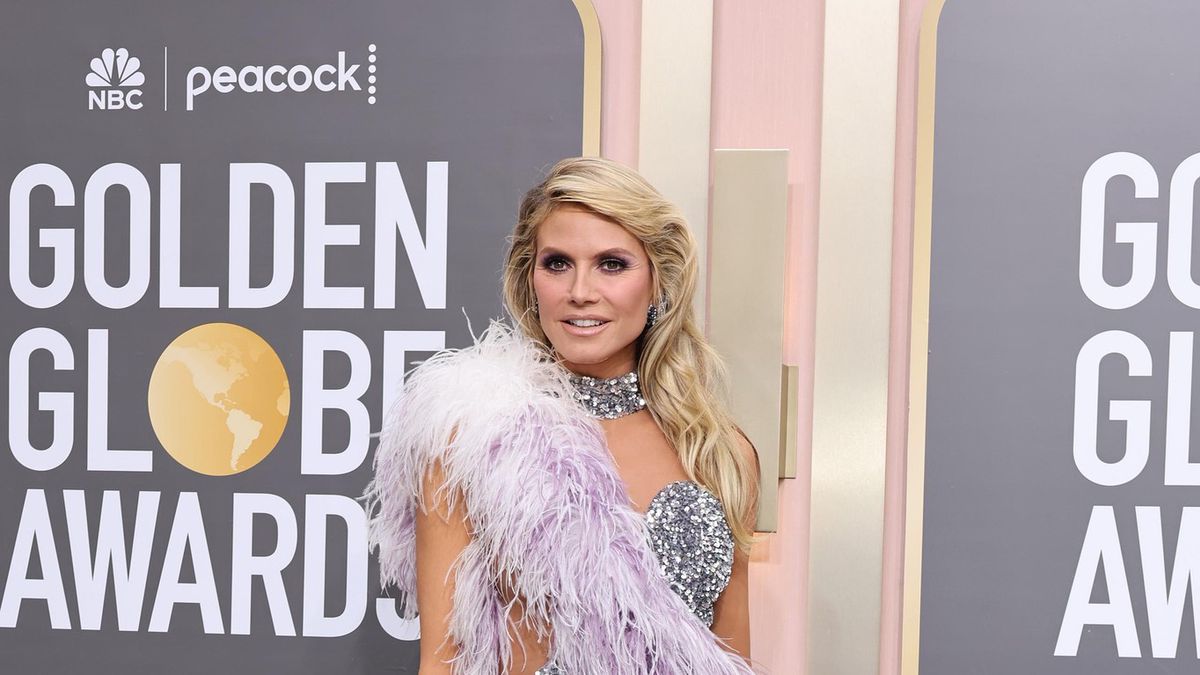 Heidi Klum’s dress at the Golden Globes is not for everyone. The Valais designer Kevin Germanier is delighted with the controversy aroused by his creation.

Heidi Klum flirts with Swiss fashion. After recently wearing a creation by Balois Yannik Zamboni, the 49-year-old model bet on a dress created by the Valais couturier Kevin Germanier at the Golden Globeson January 10 in Beverly Hills.

Valaisan Kevin Germanier founded his Germanier brand about five years ago. Since then, the 31-year-old has managed to get noticed thanks to his colorful creations on Hollywood red carpets and at Paris Fashion Week. On the internet, reactions to Heidi Klum’s sparkly feather-adorned mini-dress have been mixed, with UK media calling it the ugliest look on the Golden Globes red carpet. But that does not bother the creator.

“I am happy with the criticism”

“I’m glad the internet is divided,” the fashion designer said in an interview with 20 Minuten Lifestyle. “What’s really amazing is that Heidi was brave enough to wear an upcycled dress to the Golden Globes.” The dress, made of silver sequins and purple feathers, is 100% recycled.

“If people are wondering what it’s for and opinions are mixed on the look, that means it’s new. So I’m super happy with the review,” concludes the designer. “The important thing is that Heidi and I liked the dress and that she was happy to wear it.”

The meeting with the model would also have taken place in an unusual way. The star herself sent a message to the creator: “Heidi wrote to me personally on Instagram, which usually never happens. Normally, it is the stylist or the stylist who approaches me”. The contact with Heidi was great: “She is really adorable!”

Germanier in the limelight

Over the past few years, Germanier has steadily risen through the ranks. The Swiss fashion designer has already collaborated with big brands like Swarovski and stars like Kristen Stewart, Lady Gaga, Tracee Ellis Ross or Rihanna.

Musician Björk also wore a piece from Valais for her album “Utopia” in 2017. Since 2020, the fashion house has been present in the official calendar of Paris Fashion Week. Recently, a Germanier outfit even made an appearance in the Netflix series “Emily in Paris”.

While this show isn’t entirely new to Kevin Germanier, he’s still excited when one of his dresses makes an appearance on the red carpet. “A mini dress at the Golden Globes, plus one that’s 100% upcycled. Congratulations to Heidi Klum, I find her courageous.