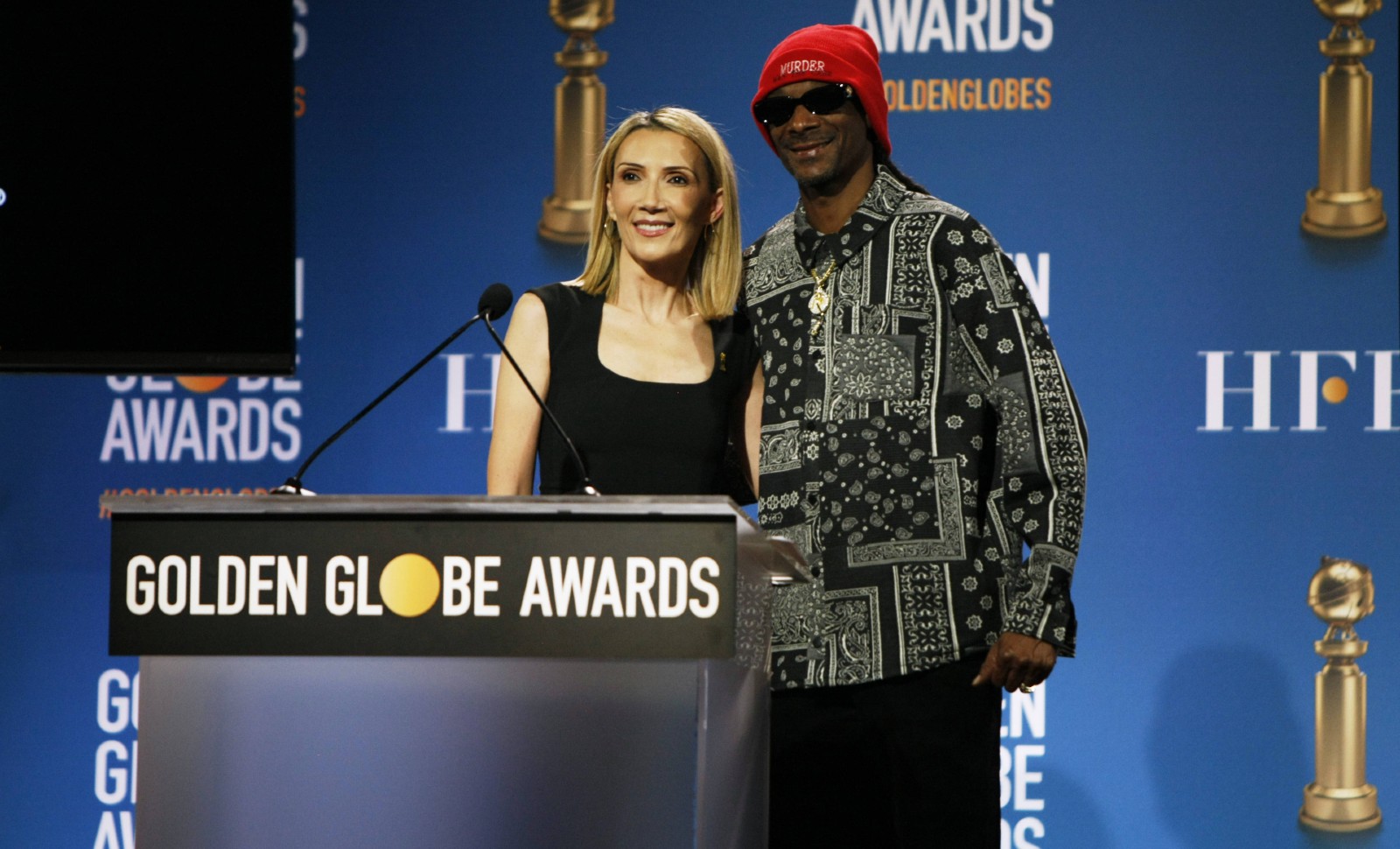 The Hollywood cultural industry is being abused like never before by the racialist revolution. Despite the efforts of the prestigious Hollywood Foreign Press Association, regular broadcaster NBC has refused to broadcast the Golden Globes this year, and the actors are boycotting the ceremony. What if the 79th edition was the last?

Are we going to attend the night from Sunday to Monday at the 79th and latest edition of this noble American institution? Accused of having failed in its missions of racial, ethnic and gender diversity with, in addition, accusations of embezzlement and corruption, the support association for this ceremony is more than ever in the sights of professionals in the sector.

Which appear clearly manipulated and fanaticized by the delirious “wokist” ambient climate and more than ever challenged and summoned to explain themselves by increasingly visible minorities, cheered up by the recent death of the emblematic “black” actor Sydney Poitier, first black star of American cinema and first African-American actor to receive an Oscar, in 1964, for his portrayal of the character of Homer Smith in Field lily.

Traditionally, the Golden Globes, the unofficial antechamber to the Oscars, opened with panache, rhinestones and glitter the official season of award ceremonies to fuel the sacrosanct system of self-promotion and the self-satisfaction of “professionals of the profession”. .

Read also: The good, the bad and… the ugly Novax

Awarded annually since 1944 by the prestigious Hollywood Foreign Press Association (HFPA), these coveted awards aim to celebrate the best works of television fiction and the best professionals in American cinema and television. This amazing structure was founded in 1943 by a correspondent of the British daily The Daily Mail, with the aim of instituting soft power lobbying everywhere on the planet, with soon as an armed wing an army of militant correspondents donning the presentable clothes of sales reps for Hollywood productions (cinema and television), with support for after-sales service and inoculation of the addiction virus into cultural programs of highly variable quality and highly questionable ideological reliability.

This 79th edition will take place this Sunday evening at the traditional Beverly Hilton Hotel in Los Angeles, but without an audience, without a star presenter, or TV broadcast. NBC, under pressure, having decided to throw in the towel, a first since the entry of American ceremonies into the media age.

What’s the problem ? The HFPA has actually been accused of many ills and dysfunctions over the past few years. They have crystallized in recent months on the thorny issue of the “satisfactory” non-representation of visible minorities on the association’s official jury.

Little throwback. In February 2021, The Los Angeles Times throws a stone into the pond by pointing out the fact that no black journalist is part of the jury of 87 members authorized to award the famous awards. Then we learn that active members of the organization would have received “gifts” such as a trip to Paris in 2019 to visit the set of the series “Emily in Paris” broadcast on Netflix, a series that will get two nominations for the 2020 edition of the Golden Globes while other apparently equally (or even more) deserving achievements are copiously ignored.

The Time’s Up movement, driven in 2018 by several Hollywood celebrities in response to the Weinstein shock wave and the famous hashtag #MeToo, then decided to launch a major campaign to demand reforms within the HFPA, in order to to be “more in tune with the racial, ethnic and gender diversity of the country”.

Leading stars, such as Scarlett Johansson, Mark Ruffalo, but also Tom Cruise (publicly abandoning his three awards previously gleaned at the Golden Globes in protest) openly support this reform. Soon joined by the biggest public relations agencies or the behemoths of the sector such as Netflix, Amazon or Warner Media.

Faced with this explosion, the Hollywood Foreign Press Association promises to engage in major structural reforms. It hires a diversity manager, changes president and statutes, and imposes new rules such as the prohibition on receiving gifts from partners, such as studios or public relations agencies.

The HFPA is also opening up to 21 new members, including black journalists (a third of new members), bringing its new composition of the jury for the Golden Globes to 104 active members. Not daring enough for the official broadcaster NBC which, as of last May, opposes an end of inadmissibility with this press release: “We continue to believe that the HFPA is committed to meaningful reform. However, a change of this magnitude takes time and work, and we believe the HFPA needs time to do this right. In fact, NBC will not be broadcasting the Golden Globes in 2022.” Damn!

What will happen then in the night from Sunday to Monday? Difficult at this stage to answer. According to the American press, a live and streaming broadcast could be set up. But for the moment, no official information on this point has been revealed. According to HFPA President Helen Hoehne, “This ceremony will be light years away from what the Golden Globes have been in previous years. »

The association should in any case take advantage of this platform, certainly much more modest and very weak in audience, to make “punches” announcement effects (radical overhaul of its mode of operation?) and try to reassure everyone world for the 2023 edition, on pain of seeing the current system explode and disappear as a historic lobbying force for American cultural interests around the world.

Beyond this psychodrama, which may appear laughable and grotesque to us on the other side of the Atlantic, is obviously a fierce and decisive ideological war between, on the one hand, the supporters of a certain historical conception of cultural production with its system of retribution/rewards (unquestionably perfectible and reformable) and, on the other hand, the current surge of this “politically correct” neo-totalitarianism decked out in the horrific masks of wokism, cancel culture, indigenism, intersectionality, decolonialism or still white-washing/white-bashing.

Two examples among many others. After having brilliantly interpreted the role of the unleashed amazon Wonder Woman in the film by Californian director Patty Jenkins (Wonder Woman 1984, released in theaters and on platforms in 2020), the sculptural Hebrew actress Gal Gadot is preparing to embody a new mythical heroine on the big screen: Cleopatra. The announcement of the project gave rise to an outburst of passion and hatred emanating from both anonymous people and certain professionals brandishing the magic word “White-washing”. Extremely pejorative, this concept designates the fact of having white actors and actresses play the roles of people who are not white.

In the present case, it is a question of denying a white actress, who is moreover Israeli, the legitimacy of incarnating a historical character of the African area (here the Queen of Egypt, necessarily having to be interpreted by an actress from color or mixed-race actress)! Not to mention the anti-Semitic attacks that Gal Gadot continues to be the object of alongside these accusations “of cultural appropriation“. Paramount, producer of the project, had to officially intervene by explaining that the real Cleopatra had Greek-Macedonian origins, therefore Mediterranean just like those of the Israeli actress! Another testimony that says a lot about the current malaise: in 2014, the legendary Anglo-American director Ridley Scott (“Alien”“Blade Runner”) turns the peplum of his life, “Exodus: Gods and Kings, obviously focusing on the legendary interactions between Moses and Ramses in ancient Egypt. Here he too is embroiled in a mind-blowing controversy that leads him to have to explain his choice of two white star actors who are neither of Arab-Muslim nor African origin! How do we get out of this delirious aporia and this world à la Ubu? Beginnings of response probably tonight! Stay connected!

Golden Globes: when the demand for “diversity” turns into psychodrama