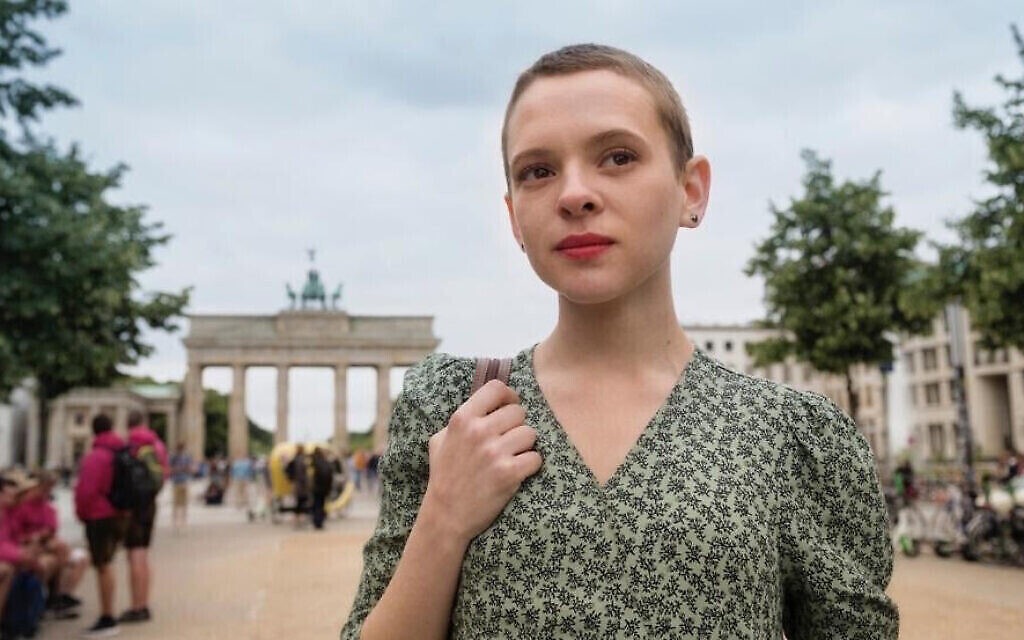 Israeli actress Shira Haas was nominated for a Golden Globe for her role in the series “Unorthodox” broadcast by Netflix.

Haas was nominated for Best Actress in a Mini-Series, Anthology Series or Made-for-Television Movie, the Golden Globes announced on Wednesday.

She would be the first Israeli actress to be nominated for a Golden Globe.

Receive our daily edition for free by email so you don’t miss out on the best of news Free registration!

Also nominated in this category are Cate Blanchett for “Mrs. America ”, Anya Taylor-Joy for“ The Queen’s Gambit ”, Nicole Kidman for“ The Undoing ”and Daisy Edgar-Jones for“ Normal People ”.

Haas stars in the four-part series as Esther Shapiro, an ultra-Orthodox young woman from Williamsburg, Brooklyn, who flees the community for an uncertain future in Berlin.

The series was inspired by the 2012 memoir “Unorthodox: The Scandalous Rejection of My Hasidic Roots,” by Deborah Feldman.

“Unorthodox” was also nominated for Best Mini-Series or TV Movie.

Haas was also nominated for an Emmy for her performance.

Haas responded to the nomination in a Hebrew video, saying, “I’m very, very excited. I wanted to say thank you to all the supporters and fans. I still can not believe it “.

Haas, 25, whose breakthrough role in “Shtisel” also saw her play an ultra-Orthodox figure, has previously been recognized for her work, receiving an Ophir – the Israeli equivalent of the Oscars – for her supporting role in “Noble Savage” in 2018.

Jewish actor Sacha Baron Cohen was also nominated for the Golden Globe on Wednesday. He was cast as a leading role in “Borat Subsequent Moviefilm” and a supporting role in “Trial of the Chicago 7”, where he played activist Abbie Hoffman.

Sacha Baron Cohen in the Borat sequel trailer. The trailer was released on Amazon on October 1, 2020 (Screenshot / YouTube)

“Borat Subsequent Moviefilm” was nominated in the category of Best Musical or Comedy Film.

The Globes are usually the first major ceremony of awards season in Hollywood, which ends with the best picture being crowned at the Oscars. This distinction will be maintained, although it was delayed by nearly two months, after an upsurge in cases of the virus in recent months pushed back the Grammy Awards to March.

The Hollywood Foreign Press Association said that on Tuesday the Globes – a typically sparkling dinner with free-flowing drinks – will be held on both coasts of the country for the first time.

Tina Fey will host live from the Rainbow Room in New York City and Amy Poehler will host from the winners’ usual home, the Beverly Hilton Hotel in Beverly Hills, California. Nominees are expected to appear from all over the world.

The ceremony will be televised by NBC on February 28.

We are glad you read X articles from Times of Israel last month.

That’s what we work for every day: to provide discerning readers like you with relevant media coverage on Israel, the Middle East and the Jewish World. Unlike many other news sites, we have kept our content free. But our work is proving more and more expensive. Therefore, we invite readers who can and for whom Times of Israel in French has become important to support us by joining the Community of Times of Israel in French. For 6 euros per month, you too can contribute to this quality independent journalism while enjoying ad-free reading.