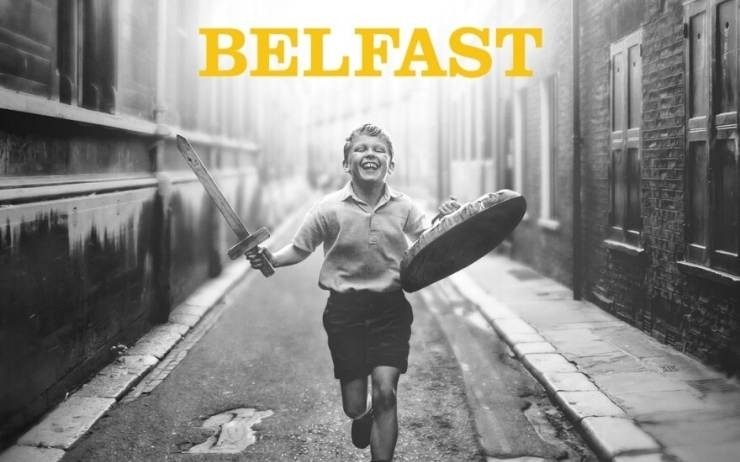 Kenneth Branagh today became the first person to be nominated in seven different Oscar categories, making history for the famous statuettes, thanks in large part to his film ‘Belfast’.

Branagh’s impressive list of nominations is a new Oscar record, as he has now received seven nominations in seven different categories over his career.

Branagh, from Belfast, thus broke the record held by George Clooney, Alfonso Cuarón and Walt Disney, who were each nominated in six different categories at the Oscars.

Written and directed by Kenneth Branagh, “Belfast”, whose action takes place in the 1960s in Northern Ireland, had already won 6 awards in 2021 including best film at the Toronto International Film Festival.

So proud of our entire #BELFAST family 💛 pic.twitter.com/09gXK0gaFk

Already awarded at the Golden Globes

Kenneth Branagh’s film had also already won the best screenplay award at the 2022 Golden Globes! Note that the 79th Golden Globes ceremony was presented this year in private. The winners having been revealed to the public via the Hollywood Foreign Press Association (HFPA) Twitter feed.

Find all the winners of Golden Globes 2022

Jamie Dornan is a famous actor and model from Northern Ireland. He was born on May 1, 1982 in County Down in Holywood and grew up in the suburbs of Belfast. He began his career as a model in 2001. He was born in Northern Ireland (in a small town called ‘Holywood’!) and rose to fame for his role in Fifty Shades of grey.

Jamie Dornan has established himself as a leading actor in both television and film. The biggest hit of his career to date was ‘Fifty Shades of Grey’, released in 2015. The film was a runaway success at the box office, leading to the 2017 sequels (fifty shades darker) and 2018 (Fifty Shades Freed).

But Jamie Dornan is also recognized for his successful roles in television series such as “Once upon a time” or “The Fall” whose brilliant performance as serial killer “Paul Spector” was widely applauded.

“Belfast” is without a doubt director Kenneth Branagh’s most personal film to date (frankenstein, Artemis Fowl or Thor): It depicts a violent and tumultuous time in Northern Ireland, but it does so through the innocent and exuberant eyes of a nine-year-old boy.

Reminiscing about his youth in an island district of Northern Ireland’s capital, Branagh has made a film that is both intimate and ambitious. Early reviews point to ‘visually stunning’ and ’emotionally harrowing’ film
All the director’s melancholy can be found in the dedication at the end of the feature film: Well before the dedication that plays out in front of the end credits—“For those who stayed. For those who are gone. And for all who have been lost. »

A personal film for Jamie Dornan too

When the film was released in Denver on Friday November 12, Jamie Dornan said in an interview with the Denverpost: “I come from a long line of Belfast men, who are often married to country women, like my mother “.
“She was really far from the city. My family history is pretty bland, as there is literally no outside influence from anywhere other than Ireland, so I feel 100% Irish. A lot of that work that you usually put into a role to find out or get to know who you’re portraying was unnecessary,” he added.

But if the film obviously depicts the particular situation linked to Belfast and the troubles ofNorth Ireland, the story according to Dornan also has universal significance: “We’ve had so many people come up to me and Ken and all the other actors saying how much it reminded them of their childhood, and most of them come away from Belfast. At its core, it’s about this family trying to deal with unprecedented situations and divisions and their future […]”

The actor also commented on the involvement of the director who asked about Dornan’s childhood during the filming of the film: “Ken did a really nice thing during rehearsals where he sat us all down and then sat us down. asked lots of questions about our childhood […] This vulnerability was a great way to break down barriers and make us all feel comfortable with each other. Some were crying and saying, “I only talked about these things in therapy!” ”’.

The film will be released on screens on December 15 in France and January 21, 2022 in Ireland.

Jamie Dornan: The next James Bond?

Indeed, according to some sources close to Hollywood, the Northern Irish actor would be on the list of actors who could be cast in the role of the most famous spy in cinema.

Although no official information has been published, two other names are circulating in the film buff community and who could also take on the costume of Agent 007: Rege-Jean Page and Henry Cavill.

Also according to the same source, Jamie Dornan could “have an advantage” over the others, having “already shown that he has what it takes to lead a successful franchise with Fifty Shades of grey“.

The film ‘Belfast’ with Jamie Dornan, nominated 7 times at the Oscars