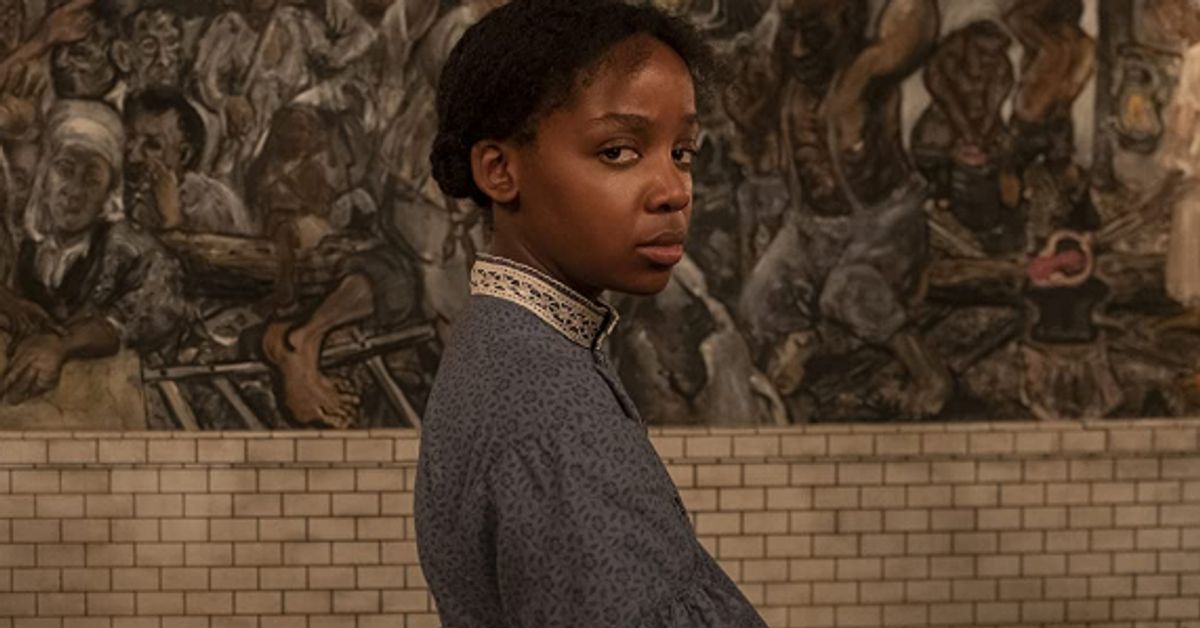 SERIES – She almost went unnoticed in France, yet she was rewarded this Sunday, January 9 at the ceremony, shunned, of the Golden Globes. Series Underground Railroad, available on Amazon prime, got that night the Golden Globe for Best Miniseries.

“There are harsh images in this production, images that speak candidly of the injustices inflicted on my ancestors during the great construction of this country.” These provident words are those of Barry jenkins with respect to its series. Adapted from the eponymous bestseller by Colson Whitehead, the story follows the dark epic of a young woman named Cora Randall, played here by South African actress Thuso Mbedu, pursued by a slave hunter after she fled the plantation in Georgia where she had been a prisoner since birth.

The violent and chilling story of the book, to which the director ofMoonlight Stayed Faithful, offers an informed reading of the history of slavery in the United States, but moves away from reality thanks to the centerpiece of the work: an underground Underground Railroad. Nothing of the secret tunnels Cora uses to sneak around, the conductors she meets or the locomotives she rides in has really existed.

Check out the trailer for “Underground railroad” below:

The said railway is an allegory. It is actually “a network of people who acted to help the slaves to hide, to escape, by loading someone into a car, for example, to drive him a few miles further north, or to help out. to cross a river ”, explains the African-American author, awarded the Pulitzer in 2015 for his novel, at franceinfo.

This network of roads and meeting points, which would have allowed 30,000 people to escape the plantations between 1820 and 1860, nourishes American culture, as the television series can attest. Underground by Misha Green and Joe Pokaski or the famous novel by Toni Morrison Beloved.

The fantastic turn it takes in Underground Railroad is different. “I grew up in New York,” says Colson Whitehead. When I first heard of the ‘Underground Railroad’, I thought it was a real metro. ” Later, his teachers explain that this is not the case. He is disappointed, but decides at the turn of the 2000s “to transform this metaphor into something real”. A way for him “to have several alternative worlds, which were as many transversal visions and reflections: races, eugenics, medical experiments”, he concedes in the columns of The Express.

As a child, Barry Jenkins had the same vision. “I have seen black people building, working and thriving on self-created vessels, deep underground,” he said in a note to reporters. “At that time, everything seemed possible to me. Despite the gloomy conditions of my life at the time and what seemed like a silo, the whole world opened up to me. ”

The underside of the railway

The symbolism of Colson Whitehead’s book marked him a lot. “When I read it for the first time,” he continues during a press conference, “I found this same emotion. Again, the trains did not fly in the sky. It’s just that black people built them underground. I was like, ‘Oh, that’s pretty cool’. ”

He continues: “This series is a return to that feeling, with the eyes of an adult instead of the innocence of a child, the memory of having made soft images appear where the harsh images were streaked from the ground. folder, hidden. ”

Barry Jenkins hasn’t done things by halves. No question of using sets in synthetic images, everything had to be “real”, he explains. He and his teams then got their hands on a private rail network. They then built tunnels over it. During the creative process, the director becomes aware of all that this surrealist symbolism covers for him.

“I remembered the penny my grandmother kept in a jar under her bed,” he recalls at the same press conference. If these kinds of rituals, which are transmitted to us, can inspire true belief, they have power. ” The railway in Underground Railroad is for him a way of telling the story of his heroine’s journey, but above all of giving a new meaning to the history of his ancestors. “One of the most creative experiences of my life,” concludes the filmmaker.

The “Underground railroad” never existed, but hides a historical reality