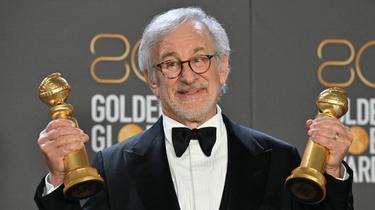 First in the class at the 2023 Golden Globes with no less than five (ultra-deserved) nominations, three of which won, the “Abbott Elementary” series is still relatively unknown in France. Here’s why you shouldn’t miss this little nugget, whose two seasons are already available on Disney+.

Series broadcast across the Atlantic on ABC, “Abbott Elementary” did well at the 2023 Golden Globes. Nominated in five categories, she left with those for best comedy, and best actress and best actor in a supporting role in a comedy.

It is a real coronation. With the awards for Best Comedy, Best Actress in a Comedy (Quinta Brunson), and Best Supporting Actor in a Comedy (Tyler James Williams), “Abbott Elementary” shone on Tuesday evening in Los Angeles, where the Golden Globes ceremony.

Unfairly little known on this side of the Atlantic, it is nevertheless already the delight of well-advised French serivores, and subscribers to Disney+ which offers it in its catalog. And it must be said that this “mockumentary” series (that is to say, shot like a mockumentary) really has something to delight fans of comedies such as “Modern Family” or “The Office (US). It is also the director Randall Einhorn, who worked on “The Office” and therefore perfectly masters the codes of the genre based on fake sequences taken on the spot alternated with fake interviews (and of course thunderous looks face cam ), who is in charge.

The school is sinking, the teachers are bailing out

“Abbott Elementary” is hilarious, and yet on paper its subject matter is nothing funny, since it leans on the American public school and its dramatic lack of means. A depressing theme to say the least which (unfortunately) has nothing exotic in France…

The series dives more particularly into the daily life of an elementary school in Philadelphia where teachers, beginners or experienced, try as best they can to provide lessons, all under the absurd orders of a director whose total inability to occupy this position (exhilarating for the viewer of course) is once again not unlike that of a certain Michael Scott (“The Office”).

Despite the obstacles (lack of budget but also unsuitable programs, insufferable parents and the mess in which they bathe literally and figuratively, being responsible for picking up just about everything), they are determined to help their students succeed. in life.

As the boat sinks inexorably, the most conscientious of them do their best to try to plug the cracks by acting as electricians or plumbers, stealing materials for the class, or taping new pages to old books to keep them up to date, for lack of new ones. They put so much heart into it that they become endearing.

The creator of the show Quinta Brunson, who had made herself known before that with a short format on Instagram, interprets herself the most devoted of them. The scriptwriter and actress breathes irresistible energy and humor and, without seeming to, a political dimension. And it is his party to laugh about it which makes the series a perfect outlet.

The quality of her writing has already earned an Emmy for the young woman selected by Time Magazine among the 100 most influential personalities of 2022.

“During a very difficult time in this country, I am happy that ‘Abbott Elementary’ is able to make people laugh,” she said in her acceptance speech at the Golden Globes on January 10, 2023.

Congratulations on your win for Best Television Actress – Musical/Comedy Series, @quintabrunson! We can’t get enough of you in @abbottelemabc #GoldenGlobes pic.twitter.com/mfs49COmlU

Biting and benevolent in the image of its creator, “Abbott Elementary” is to be caught up urgently on Disney +.

Abbott Elementary: What is this delightful three-Golden Globe-winning series about?

The Golden Globes tackle Tom Cruise by calling for the return of “Shelly”: who is this mysterious Sc...
The Golden Globes, without an audience or stars, hand out their awards on Sunday
Golden Globes 2022: results and complete list
Tweet
Share
Share
Pin
Other links: https://awardworld.net/resources/