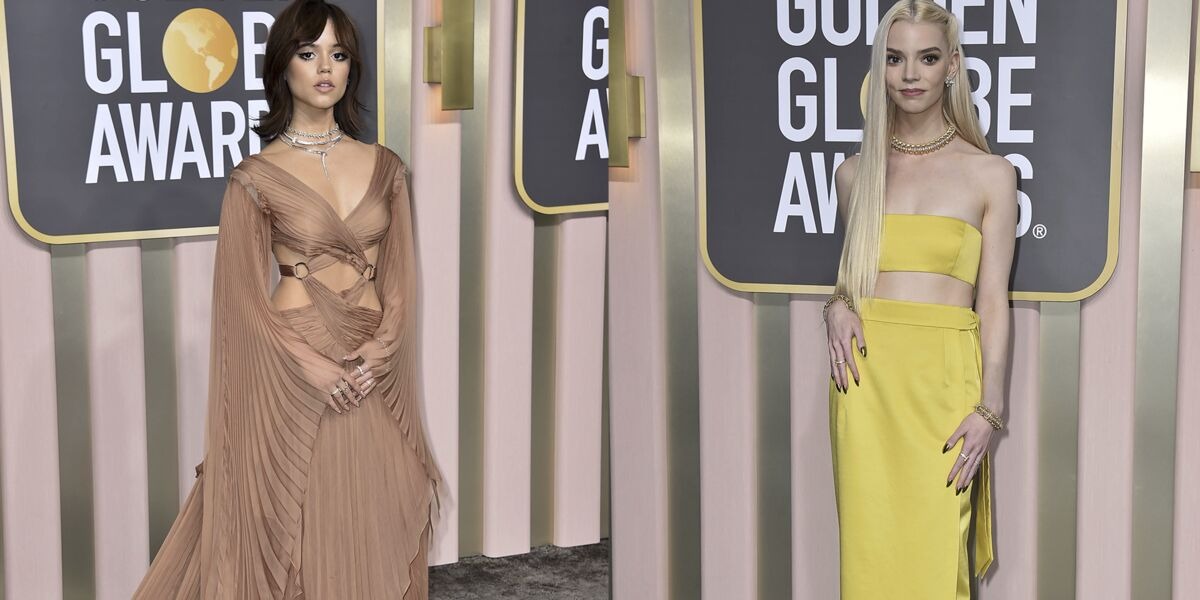 A few weeks from Oscars 2023it was already the turn of Golden Globes to reward the best productions and artists of recent months. Many prestigious guests had an appointment at the Hilton hotel in Beverly Hills, California this Wednesday, January 11, 2023 for this 80th edition of the awards ceremony, which rewards cinema and TV series. Among them: Jenna Ortega, series reveal Wednesday on Netflixor Anya Taylor-Joy, unforgettable orphan in The Ladies Game. Night owls could follow the ceremony tonight, from 1:10 a.m. on Canal + and on MyCanal.

On the red carpet, we could see many couples. james cameronwho saw his film Avatar 2 at the heart of a boycott in the United Stateswas thus accompanied by his long-time partner Suzy, just like Eddie Redmayne who posed on the arm of Hannah Baghshawe, mother of his two children. Equally cute: Quentin Tarantino and his wife Daniella Pick, who appeared on the steps of Cannes alongside her in 2019but also Eddy Murphy and Paige Butler or Adam Scott, seen at Series Mania 2019, and his wife Naomi. And as unity is strength, the film crews The Fabelmans of Steven Spielberg and the hilarious series Abbott Elementary posed in a group.

But some (and some!) obviously shone solo. Starting with Jennifer Coolidge, very happy with her award, who made the creator of The White Lotus because of his speech. Salma Hayek and Jessica Chastain saw life in rhinestones, while others had opted for bright colors: Laetitia Wright, Julie Garner, Laverne Cox, Lily James…Not to mention Heidi Klum’s feather thing!

The winners of this 80th ceremony

Best Comedy or Musical: The Banshees of Inisherin

Best Actress in a Drama: Cate Blanchett for Tar

Best Actor in a Drama: Austin Butler for Elvis

Best Actress in a Comedy or Musical: Michelle Yeoh for Everything Everywhere All at Once

Best Supporting Actor : Ke Huy Quan for Everything Everywhere All at Once

Best Screenplay: Martin McDonagh for The Banshees of Inisherin

Best Actress in a Drama Series: Zendaya for Euphoria

Best Actor in a Drama Series: Kevin Costner for Yellowstone

Best Actress in a Comedy or Musical Series: Quinta Brunson for Abbott Elementary

Best Actor in a Comedy or Musical Series: Jeremy Allen White for The Bear

Best Actress in a Miniseries: Amanda Seyfried for The Dropout

Best Actor in a Miniseries: Evan Peters for Dahmer – Monster: The Story of Jeffrey Dahmer

Best Supporting Actress in a Miniseries: Jennifer Coolidge for The White Lotus

Best Supporting Actress in a Series: Julia Garner for ozark

All these photos and much more can be found in our special slideshow Golden Globes 2023 this way.