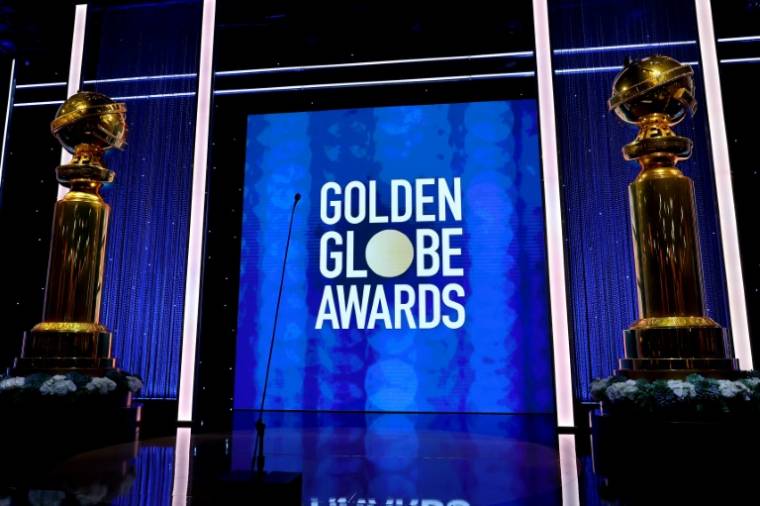 The scene of the 79th Golden Globes ceremony, held on January 9, 2022 without an audience or television (HFPA / Emma McIntyre)

After a ceremony shunned by all of Hollywood last year, the Golden Globes are to announce new nominations on Monday and hope to get out of the racism, sexism and corruption scandals that have destroyed their prestige.

These awards open the film awards season in the United States and are traditionally the most watched after the Oscars. But the Hollywood Foreign Press Association (HFPA), which constitutes their jury, has been in turmoil since revelations about its questionable practices in early 2021.

The last Golden Globes were awarded without an audience or television last January. After carefully put forward reforms, the organization hopes to get out of the rut for its 80th edition.

Its historic partner, the NBC channel, has agreed to rebroadcast the 2023 ceremony, which will take place on January 10 in Beverly Hills.

It remains to be seen whether the Hollywood gratin is ready to return their letters of nobility to the Golden Globes. The presence or not of the nominated stars will be followed very closely.

Two headliners are already likely to be conspicuous by their absence: Tom Cruise, who made a box office hit with “Top Gun: Maverick”, and Brendan Fraser, praised for his role as an obese professor recluse at home in “The whale”.

Faced with the scandals that rocked the HFPA, Tom Cruise returned his three Golden Globes in protest. And Brendan Fraser has already warned that he would boycott the ceremony if he is nominated.

“It’s because of the history I have with them. And my mother didn’t raise me as a hypocrite,” the actor, who accuses the former HFPA president, recently told GQ magazine. of sexually assaulting him in 2003.

The former leader in question, Philip Berk, who denies the accusation, was dismissed from the organization for calling “Black Lives Matter” a “hateful racist movement”.

His removal in the spring came after a turbulent year for the HFPA, mired in member corruption scandals and singled out for its lack of diversity.

Since these controversies, the organization has notably renewed its members, including 103 new entrants.

The Golden Globes jury is now made up of 52% women and 51.5% people from ethnic minorities. The HFPA also banned its members from accepting luxurious gifts and all-expenses-paid hotel stays from studios courting their voices.

“I respect Brendan Fraser’s decision. (…) And personally, I sincerely hope that there is a way for us to move forward and regain Mr. Fraser’s trust, as well as the trust of the entire audiovisual industry,” she added.

But in Hollywood, some remain skeptical. In July, the HFPA, which is a non-profit association, announced that it would hand over the organization of the Golden Globes to a company created by American billionaire Todd Boehly. The terms of this agreement provide for the payment of an annual salary to HFPA members.

Away from those considerations, the organization will focus on the past year in TV and film on Monday, with nominations split into two main categories, unlike the Oscars: “dramas” and “comedies or musicals.”

The very intimate “The Fabelmans” by Steven Spielberg, taken from the childhood of the American director, is a favorite for the prize for best dramatic film.

The second part of “Top Gun”, “Elvis”, extravagant biopic by Baz Luhrmann on the life of the king of rock’n’roll Elvis Presley, and the feature film “Women Talking”, which stages women victims of assault within a religious community, should also be nominated.

On the comedy side, the breathtaking “Everything, Everywhere, All At Once”, where Michelle Yeoh portrays a mother washed out by paperwork and daily hassles, suddenly immersed in parallel universes, is tipped for a nomination. Just like the continuation of the “Glass Onion” saga, with Daniel Craig as a detective, and the very Irish “The Banshees of Inisherin” with Colin Farrell.

Nominations expected at the Golden Globes, who hope to regain their prestige