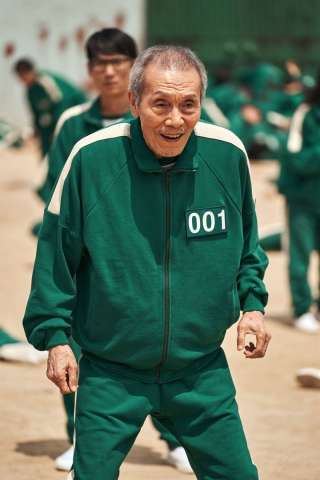 This is the first time that a South Korean actor has won this distinction, dismissing big names in American cinema: Billy Crudup, Kieran Culkin, Mark Duplass and Brett Goldstein.

This recognition from the world of cinema comes at the same time as the sudden notoriety of O Yeong-su. The 77-year-old actor has seen his life change since the release of Squid Game on Netflix. “I feel like I’m floating in the air,” he explained on MBC. “Things have changed a lot. Even when I go out to a cafe or a place like that, I now have to be aware of [l’image que je véhicule]. It made me think that being famous is hard too.”

O Yeong-su is a victim of the “Squid Game Syndrome”. “So many people have contacted me, and since I don’t have a manager to help me, it’s difficult for me to manage the volume of calls and messages that I receive,” he says. It is his daughter who helps him to manage all these new requests.

If O Yeong-su acted in other feature films and plays before Squid Game, since he started his acting career in the 1980s. But it is thanks to the Netflix series that he has achieved worldwide notoriety.

Planetary success, Squid Game, who will have the right to a season 2, broke all records on the Netflix platform. The series was released on September 17, 2021 on Netflix and has won over 140 million households worldwide. It was ranked number 1 in 94 countries. And Squid Game has been a boon for the streaming platform, as its broadcast has earned it 4.4 million new subscribers and earned nearly $1.4 billion. Double the amount earned in the third quarter of 2020.

O Yeong-su therefore enjoyed worldwide notoriety in the twilight of his life, and welcomed it with philosophy. “Our society often only recognizes the first place, as if all the others don’t matter. As if only the first place existed, and the second had no meaning. But even though second place lost to first, second place also beat third. Everyone is therefore a winner”, he confided in October on the South Korean television channel.