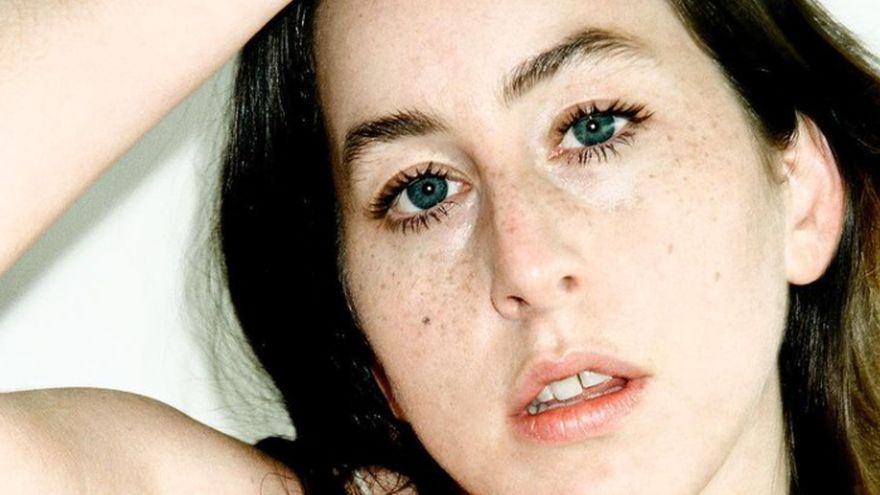 “I’m living the craziest year of my life,” says the musician and actress Alana Haim. The little one of the Haim group, a trio of sisters from California, was already facing 2022 with a tour that will take them to play in the most coveted places in the US, from Madison Square Garden in New York to the Hollywood Bowl in Los Angeles. Before, they had made history when they became the first all-girl rock band to be nominated last March for the Grammy’s top award, album of the year, that Taylor Swift finally took. To Haim’s musical success, Alana now adds her acclaimed film debut under the direction of Paul Thomas Anderson in ‘Licorice Pizza’, where he rubs shoulders with acclaimed actors like Sean Penn or Bradley Cooper. However, the director of ‘Boogie Nights’, ‘Wells of Ambition’ and ‘Magnolia’ has opted for two neophytes to star in this love story set in 1973 in the San Fernando Valley of Los Angeles: Alana Haim and Cooper Hoffman, whose father, Philip Seymour Hoffman, was Anderson’s pet actor.

The choice of Alana Haim for ‘Licorice Pizza’ is not by chance. Originally from the San Fernando Valley, like Paul Thomas Anderson, her mother had been the principal’s art teacher in grade school. Anderson had already directed several music videos for Haim, which began her career in 2007, a luxury only available to artists like Radiohead or Fiona Apple. The director was attracted to her Alana’s charisma, whom he compares to “a magnet” that made him think about a story that could fit his talent. To such an extent does the script fit Alana Heim’s personality that her character keeps the name (Alana Kane), the momentum, and even the real-life family. She is joined in the cast by her famous sisters, Este and Danielle, as well as her parents, Donna and Mordechai (Moti, an Israeli-born soccer player), who play fictionalized versions of themselves.

Until the interweaving with the music of Alana Haim, Anderson had in mind to launch it into the cinema. ‘Licorice Pizza’ (liquorice pizza) takes its name from a popular Californian record chain that served as the setting for Patti Smith or Blondie in the 1970s. Set to the beat of David Bowie’s ‘Life on Mars’, the trailer stars Tom Waits and Bradley Cooper plays Jon Peters, a former hairdresser-turned-producer who launched Barbra Streisand and became Pamela Anderson’s fifth husband. As she has confessed to ‘Harper’s Bazaar’, Alana Heim met Paul Thomas Anderson before for his soundtracks than for his films.

His first contact with the director was a CD with the songs from ‘Boogie Nights’, with which Licorice Pizza shares time and aesthetics. Licorice Pizza starts with four nominations for the Golden Globes, including best actress for Alana Haim, who also has a nomination for the bafta and apply for the Oscars.

She embraces all of her amazing achievements with self-confidence and humility. She confesses between laughs that, when Paul Thomas Anderson announced to her that he would cast her in a film after a collaboration at the Coachella festival, she thought it would be an extra. “I hope someone wants to see me act again, but if not, this will have been the greatest gift of my life,” she has declared to Vanity Fair. Alana Haim has elevated the ‘valley girl’ to a new category, far from the stereotype of ambitious empty head that was awarded to Marilyn Monroe. As a Jew, she celebrates contributing to breaking Hollywood’s Aryan Beauty Standards, like Barbra Streisand and Pam Grier did in the 70s. Luxury brands raffle it.

His permanent acne, his frizzy hair, have helped make his relationship with Cooper Hoffman’s 18-year-old character, who plays a budding director, more believable in ‘Licorice’ Pizza. She has just turned 30 and has celebrated at a joint party with Taylor Swift, also a Sagittarius and a close friend despite the romp she gave her at the Grammys. “I don’t feel like an adult”, reflected Alana Haim, who says she has the confidence of a teenager: “Everyone plays spin the bottle and nobody wants to kiss me”. Even in Peter Pan syndrome, Alana captures the fate of the time.

Alana Haim: from the Grammys to the Baftas in a year with ‘Licorice Pizza’