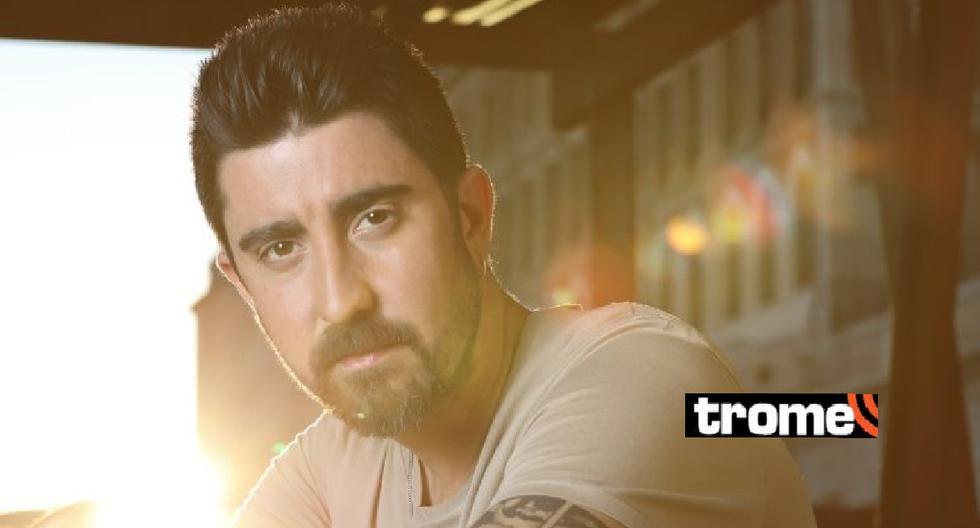 20 years after the publication of his first album ‘¿Qué pides tú?’, Alex Ubago he confessed in an exclusive interview with Trome. In 2001, that young man marked the adolescence of many with his deep and romantic lyrics songs. Today, at 40 years old, he continues to steal sighs with his greatest singles, for which he prepares an album with 18 collaborations recalling his best hits.

READ ALSO: Juan Carlos Orderique will have a program in Trome: “We will hold competitions in the markets”

A few weeks ago, Alex Ubago He surprised with the launch of the new version of his song ‘A cries of hope’ with his great friend, the singer Jesus Navarro de Reik. This first single is part of his new album, which has already moved all his fans.

Alex opened the doors of his heart to us to tell us what these 20 years of musical career have meant, what it has been to record with friends his oldest songs that have passed from generation to generation, the love he feels for his mother, and also about the controversial discussion between J Balvin and Residente about the Latin Grammys.

What reflection allows you to celebrate your 20 years of experience?

There are several, I think the main one is to realize that all this has not been a dream and to have the great luck of continuing here doing what I like the most. I feel very fortunate, very grateful to the people who have made it possible for me to dedicate myself to music during these 20 years, who have been able to take my music to so many places, connected with so many people, so many concerts, so many friends, people to whom that I have known, my experiences, not even in my best dreams I could have imagined. Everything ends in happiness and gratitude and I celebrate it with this beautiful, special album that I have also made accompanied by great friends.

In this album what I have done is re-record my successes accompanied by friends, it is an album of duets, there are 18 songs from my entire career re-recorded in collaboration with other artists and indeed the first advance is “A gritos de esperanza”, the song that it was on my first album, which I have re-recorded with Jesús Navarro, from Reik.

How has it been to record with Jesús and why did you decide that the first song should be ‘A cries of hope’?

Jesús is an artist that could not be absent from this album, he is a guy I love very much, with him I connect a lot at all levels, as a person, as an artist, I think we have many things in common, both on a personal level and on a musical level. , and he is a guy who has always been good to me and who I admire a lot. ‘A cries of hope’ is one of the most special songs for me and I think it is one of the ones that best represents my music and in part, that’s why we decided to make it the first single.

The comments of the new video clip ‘A cries of hope’ have been very good. Many have highlighted that the style is still intact

On the album, the vast majority of the songs have remained in their original essence. I even think it sounds better, there is a difference, it shows that they sound more current, there is a renewal of the sound. It is true that there are three or four songs that I have dared to play a little more and change, but in most I do keep them.

Can you mention who these collaborative artists are?

I can reveal something to you about the collaboration. Of the 18 collaborations on the album, 17 are more or less well-known artists, some more, others less, and then there is collaboration number 18, which is with a very special person for me: my mother. She has always liked to sing, she sings very well. In fact, a large part of my love for music has to do with it and, well, all our lives we have sung at home and it was a pending account, something that I really wanted to do a long time ago, record an album with her and for the end has been possible. That is the only one I can tell you at the moment, the rest we keep a mystery.

When will this next album for your 20 years see the light of day?

The album does not have an exact date yet, but I estimate that it will be in the middle of next year.

What has been the most difficult thing you have had to overcome in these 20 years as an artist?

What this profession implies is sometimes having to spend a lot of time outside your home for tours, trips, sometimes it has taken its toll on me in the sense of fatigue, in the psychological sense, spending a long time without seeing the yours, your family, your friends, your wife and children. When I was a father is when I suffered the most that absence, that loneliness that tours, travels and that feeling that this profession sometimes has that you can be doing a concert in front of five thousand people and at two hours you are in a room of Hotel by yourself 10 thousand kilometers from your family and that sometimes leaves you with feelings that, when you have been on the road for a long time and are tired, can be a little harsh.

What do you think about the recent discussion that was generated by the Latin Grammy?

I have a good opinion of the Grammys and of the awards from the Academy, which is made up of people from the industry, musicians, artists, producers, people from record companies and, well, they are the awards that sometimes do not always reward to the most popular. They are like that, as they are, you have to accept them, you don’t have more. Without intention of putting myself on the side or against, regarding the controversy that was generated between Residente and J Balvin, frankly I think that J Balvin was wrong in his approach, the opinion of all people is respectable, but for me perhaps he was wrong in the sense that, when he says that the Grammys do not award urban music, I do not agree. There are many urban artists very awarded by the Grammy Awards, Residente is one of them, who was the one who came out a little to stand up to his opinion. I think there are many urban artists who do very good things and that I like and others that I don’t, that I don’t like, that don’t reach me, how there will be people who I don’t reach, how there will be people who … music is like that . There are artists that you like and others that you don’t. Nobody has the absolute truth if someone is good or not good, music is something that you have to like and it is very subjective, and the Grammys are voted by people with subjective opinions and everything.

At some point it slipped out that there was discrimination based on urban gender. Don’t you consider it then?

I do not consider it that way. In these last Grammys we see people nominated and awarded, we see in the nominations a lot of urban artists, from Mike Twoers, Raw Alejandro, to Nathy Peluso, a lot of urban artists. Perhaps this is also true, that without having too much knowledge, I am not very involved either, I am part of the Grammy Academy, I speak from my point of view, I do not have any type of discrimination against urban music. It may be that there are people who have it, of course there are, but I don’t think it is a general thing in the Academy.

What message do you leave to your Peruvian fans? We hope to see you here soon.

I have a thank you message, I can not give another. Thank you in capital letters for all these years of love. Peru is one of the most important countries in my career, one of the countries where more people listen to me, listen to my songs, a place that has given me many wonderful moments, many concert nights, a lot of love and I have not been there for a long time, I am sure that I will be next year in a tour of this album, where we will return to many places that we have not been in for a long time, even more so about this damn pandemic that has had us almost two years without being able to do concerts, but, well, just thank and express my love to all the people, followers, to all the people who keep my music current and who keep those songs that are 15, 20 years old, and that to this day still continue to sound on radio stations, people continue to sing it as if it were from Yesterday.

Alex Ubago in Trome: “J Balvin was wrong, the Latin Grammys do not always reward the most popular”