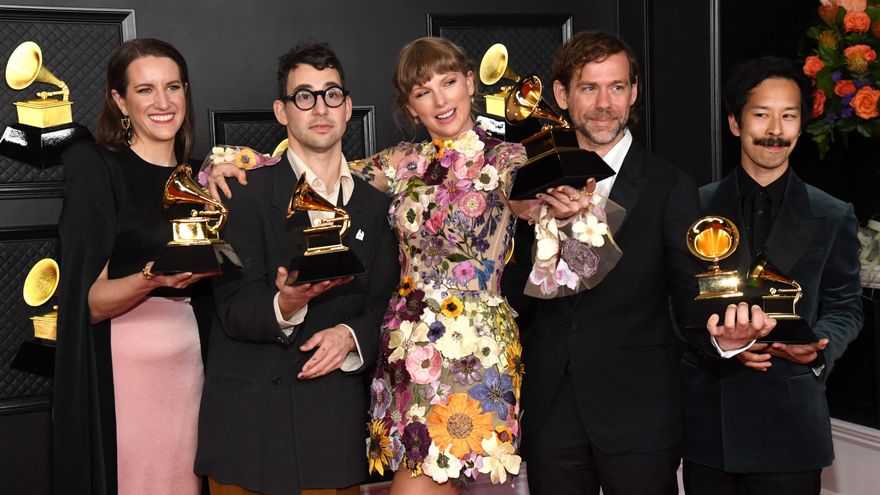 Just a week after the Oscars, which this year overshadowed the sad moment of Will Smith’s slap in the face of Chris Rock, for the first time in its history the MGM Grand Garden Arena in Las Vegas will be the scene of a gala of the Grammy awardsthe largest global event for artists, producers and music lovers.

This 64th edition It was to be held on January 31, but the rebound in covid cases in the US at the beginning of the year forced the event to be postponed until this next Sunday, April 3 (Although the retransmission in Spain will begin to be seen at two in the morning on Monday).

That night all eyes will be on a gala, which this year is again 100% face-to-faceunlike last year, which was held at the old Staples Center in Los Angeles, in March, in a reduced format and without a red carpet due to the pandemic.

The great music festival organized by the US Recording Academy moves, for the first time, to the MGM Grand Garden Arena in the city of Las Vegas, Nevada, which has a capacity of 17,000 spectators. It is the same auditorium that usually hosts the Latin Grammys. Also, in addition to the Academy of Country Music Awards and the Billboard Music Awards.

📌A comedian at the controls

The master of ceremonies will be Trevor Noah, the multifaceted South African writer, producer, political commentator, actor and television presenter. The comedian from ‘The Daily Show’ already presented the awards in the last edition.

In a great musical event like this one could not miss a good handful of actings of the best artists of the moment. The performances of BTS, Beyoncé, Billie Eilish and Finneas (her brother), Olivia Rodrigo, Drake, Jack Harlow, Lil Nas X, Brothers Osborne, Brandi Carlile, Chris Stapleton, HER, Ben Platt, Cynthia Erivo, Jon Batiste, Rachel Zegler, Nas and Leslie Odom Jr.

However, the performance of the musician now called ‘Ye’ has been canceled by the organization of the Grammy a little over a week after the insults made by the artist on social networks against the pete davidson actorthe current partner of his ex, kim kardashian, and even against the presenter of the musical gala, Trevor Noah, who had also referred to the rapper’s failed relationship with the ‘celebrity’. For all these reasons, West not only will not perform at the gala, but they have withdrawn the invitation to enter the venue.

Jon Batistea musician somewhat unknown to the general public, leads the nominations for the awards with 11 mentionswhich as an attraction for the audience will face Taylor Swift and Kanye West, one of the most notorious feuds in pop, for the album of the year award.

Behind Batiste, the artists with the most nominations are Justin Bieber, Doja Cat and HER., with eight each, and Billie Eilish and Olivia Rodrigowith seven each.

Bad Bunny, Nathy Peluso, Karol G, Camilo, Selena Gómez, Natalia Lafourcade and Rubén Blades are some of the artists nominated in the sections of Latin musicwhere the Spanish are also nominated Pablo Alboran, who will fight for the award for best Latin pop album (with ‘Vertigo’) and C. Tangan, for the best Latin rock album (with ‘El Madrileño’).

Within the Latin music section this year a new category is inaugurated: Best urban music album.

📌The most daring ‘red carpet’

In the 64th edition, The red carpet returns to the Grammys. And it is that these awards are not only the most prestigious showcase of the music industry, it is also one of the events of the year in the world of fashion, almost at the level of the MET Gala. Unlike in other more sober galas, in this one the artists seek to show their personality and musical style through clothing, giving free rein to their more ‘fashionista’ and extravagant side.

In Spain, the gala can be followed live through Movistar +, with the special that Arturo Paniagua will present, starting at two in the morning. Also on the Grammy website, as well as the Recording Academy’s YouTube channel.

All about the 2022 Grammy Awards: complete guide to follow the gala