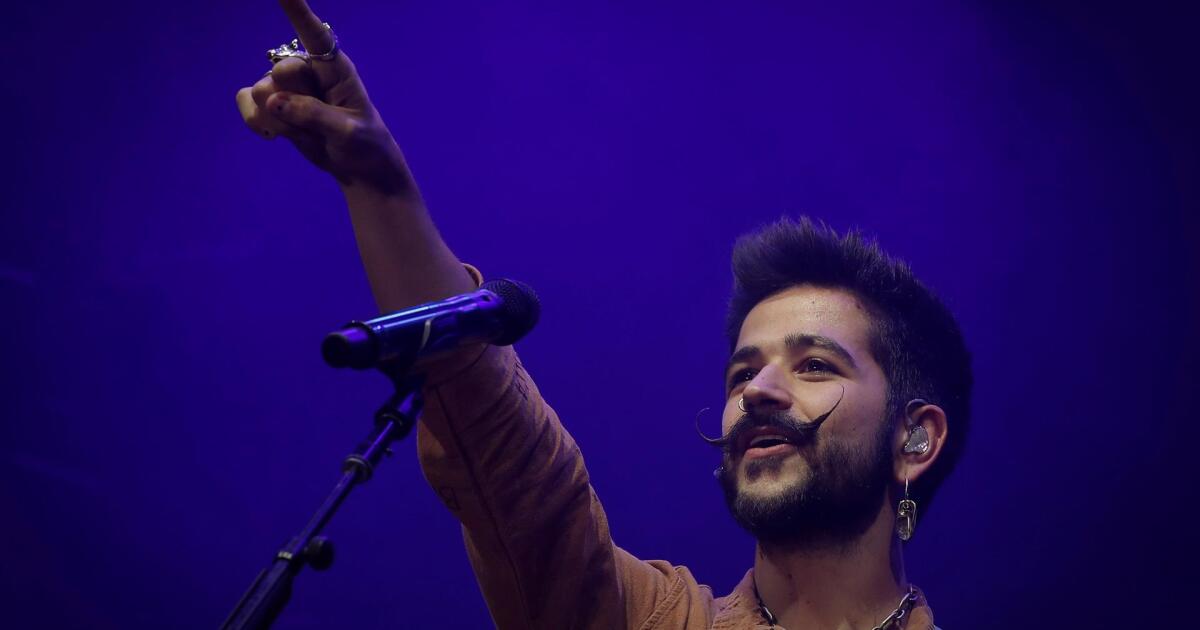 The nominations for the 22nd edition of the Latin Grammys were announced this morning, bringing with them several surprises that we analyze thematically in the following note.

After being recognized for the first time in the previous edition of these awards with the trophy for Song of the Year, Camilo has become the lord and master of the current nominations, with 10 chances of winning that show his devotion that it has generated among lovers of pop in Spanish.

In this way, the native of Medellín will arrive at the event on November 18 with an abundance of options that include such important items as Album of the Year, Song of the Year and Recording of the Year, which is highly significant not only because his current facet as recognized figure was revealed only in 2018, but because it proves that the voters of the Latin Recording Academy (who all belong to the industry) favor the absolutely ‘mainstream’ and inoffensive style of an artist who has a very particular voice, who frequently resorts to urban rhythms and who loves to speak with diminutives.

What has happened is also a kind of indirect recognition of the Montaner family, of which Camilo is a part after marrying Evaluna and whose members constantly collaborate on the songs they perform.

The role of the urban

Being a representative that emerges from pop and practices various fusions, Camilo could have become convincing proof here that pop has surpassed the urban genre when it comes to nominations; but we must not forget that he frequently uses the rhythmic tools of reggaeton.

Be that as it may, with regard to artists directly linked to that school, it is surprising that Bad Bunny has not predominated, who just a few days ago collected 10 Billboard Latin Music Awards and who has undoubtedly been the most named artist of the last time. The interpreter of “Dakiti” has “only” four nominations and has not been included in the Song of the Year section, but he could definitely surprise in the Album of the Year thanks to the achievements of “El Último Tour Del Mundo”, a production which sounds much more ‘alternative’ than you might expect.

Interestingly, above him is C. Tangana, a Spanish artist who – correct me if I’m wrong – hasn’t been heard much in this part of the world, who has been described many times as a rapper and who practices a musical tendency that is difficult to classify (he has even recorded rock with Andrés Calamaro), but which undoubtedly flirts with the ‘denbow’. Of course, it should be noted that, like ‘Rabbit Bad’, the Madrilenian has not been nominated for Best Song, although he has been nominated for Album of the Year and Recording of the Year.

In any case, the least favored in terms of the superstars of the genre has been Maluma, whose most recent production, “Papi Juancho”, qualified for the contest, but who finally shines by his absence in an Album of the Year category in the that, simply, there is no plaque really dedicated to reggaeton.

Despite everything we have said, the second artist on the list of nominations is Juan Luis Guerra, a veteran of the music scene who has always enjoyed the favors of the Academy despite the fact that his recent music is not exactly one of the most listened to -Again, correct me if I’m wrong-.

Guerra, who is generally recognized as a bachata artist but also practices many fusions, has six mentions, and not necessarily in minor categories, because one of them finds him in the Album of the Year category, where he participates thanks to “Privé”, a production whose existence we did not know until now.

The Song of the Year

Although our note does not intend to analyze each one of the categories, we must give a special space to Song of the Year, which is the easiest to recognize by the general audience and probably the most popular in those same terms.

But it is also necessary to mention it because it includes “Patria y vida”, the theme of the Cuban artists Gente De Zona, Yotuel Romero and Descemer Bueno that shows an open ideological position (it goes directly against the Castro regime) and that has been used live voice for many of those who have been demonstrating in recent months in the streets of Miami and Havana. The Latin Grammys have never been ‘leftist’, of course, but it is still surprising that such a political piece is now nominated.

And the most interesting thing is that he has a chance of winning, not only because his proclamation is in tune with the feelings of many members of the Academy and because it is a ‘serious’ composition, but also because 2020 did not present us with a musical ‘hit’ absolutely devastating in commercial terms.

The closest thing to something like this was undoubtedly “Hawái”, by Maluma, which also appears in this section and which could give a sound triumph to a singer who should not be very happy at the moment with the lack of inclusion of his album ” Papi Chulo” in the category of Album of the Year, as we said above.

ANALYSIS. The Latin Grammys approach pop and move away from reggaeton in their nominations