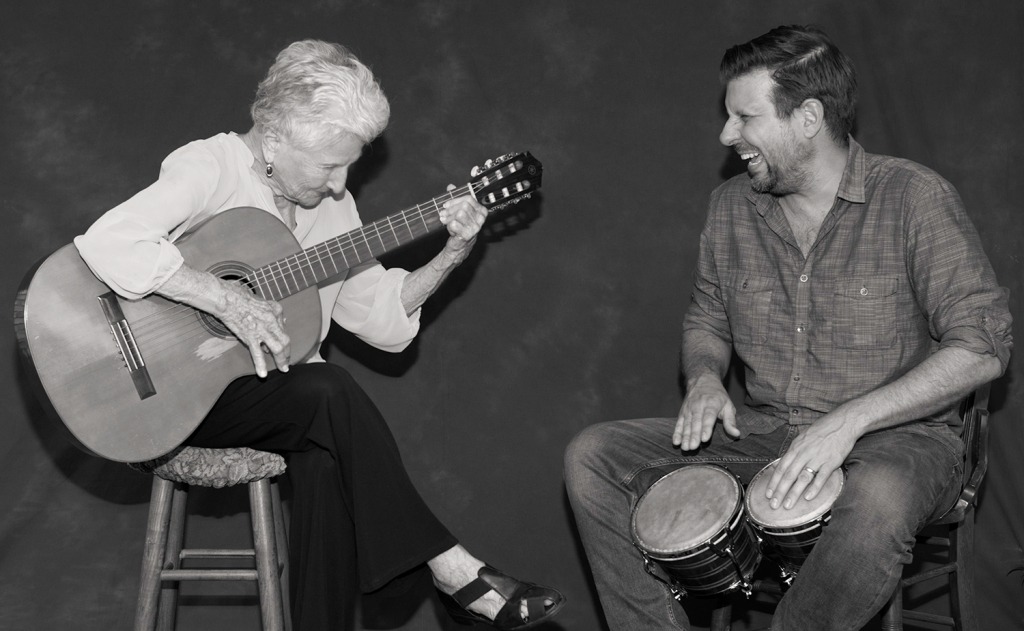 (CNN Spanish) – Ángela Álvarez’s dream began to be written 80 years ago. As a teenager, when she was between 14 and 15 years old, she told her father that she wanted to be a singer. However, her dream was frustrated by the customs or visions of the time in her native Cuba.

“My dad liked me to sing but when I told him I wanted to be an artist he told me Oh, my only daughter! No no no. But there I always kept the idea that I wanted a record,” Cuban-American singer Ángela Álvarez told CNN Pop Zone.

At the age of 95, Álvarez was nominated for the 2022 edition of the Latin Grammys. And to the surprise of many, won the best new artist category along with the Mexican singer-songwriter Silvana Estrada.

Ángela Álvarez wins Latin Grammy at the age of 95 1:02

The story Ángela Álvarez made music

Listening to the music of Ángela Álvarez is like reading an autobiographical book. Each song recounts key moments in her life, when she had to take her four children out of Cuba, her own departure from the island, the early death of her husband, the song she wrote for the wedding of her daughter.

Álvarez began to document these experiences on paper and on guitar since the early 1960s. These notebooks not only tell a family story, but also that of Cuban exile after the arrival of Fidel Castro.

“When I was given the departure flight from Havana to Miami, when the plane took off, I was sitting at the window and I looked out the window and I saw my Cuba down there. I said Oh, Cuba, how beautiful you are! When will I see you again? And I haven’t left yet,” recalls Álvarez.

The singer left the island in 1962, after sending her children to Miami in the American program known as Operation Pedro Pan, in which more than 14,000 children were exiled in the United States in the midst of Castro’s communist rise in Cuba.

“I knew I had songs, I didn’t know I had so many,” says Carlos José.

After processing those dozens of pages of music, which she wrote and composed herself, Carlos José proposed to his grandmother to record that album that he had yearned for all his life.

It’s never too late to make a dream come true

“I called her and told her: Nana, do you ever want to go to a studio and record this music, your music, your songs? And his answer was: Carlos, my dream is to leave this life knowing that somehow my music would last.. And that was the beginning”, says Carlos José.

Without knowing it, the impulse that Ángela Álvarez gave her grandson years before following her passion for music was that seed that years later led her to fulfill her dream and reach the Latin Grammys.

“I felt very, very proud to be able to tell my story, to touch people who have probably gone through the same thing, or more than what I have gone through. There are people who give up, but I didn’t give up. I always fought”, says Ángela Álvarez.

“The fire that kept alive all these decades, if it hadn’t been for that fire and for his desire, his desperation to be an artist, this would never have happened,” says Carlos José Álvarez.

The Cuban singer-songwriter received her first Latin Grammy nomination on September 20 in a category unexpected by many, including the family.

In this category it is customary to see new artists, a few decades younger than Ángela Álvarez.

“I couldn’t believe it,” says the incredulous grandson. Carlos José thought it was a mistake. His album, being boleros, had been sent in the application process for the best tropical album category, but that was not where his name would shine.

“I went to the tropical album and the other albums and his name was not there. So I came back to the top (of the list) and I just couldn’t believe it”, says Carlos José.

It was precisely her grandson who called Ángela to tell her the news, that she was nominated for a Latin Grammy.

“He told me: Nana, sit down, sit down. You’re nominated for a Grammy. I told him: wait, are you serious or are you kidding? Because I can’t believe that! Well look, believe it because you’re nominated for the Latin Grammy. Wow! But how has that been? But how did I get there? I have not done anything! You don’t, but your music does”, says Ángela Álvarez.

His compatriot Ibrahim Ferrer, won in the first edition of the Latin Grammys, in the year 2000this same category at 73 years.

This story was published on October 11 and updated with new information.

At 95, Ángela Álvarez is the winner of the Latin Grammy in the best new artist category: “My dream is to leave this life knowing that somehow my music would last”