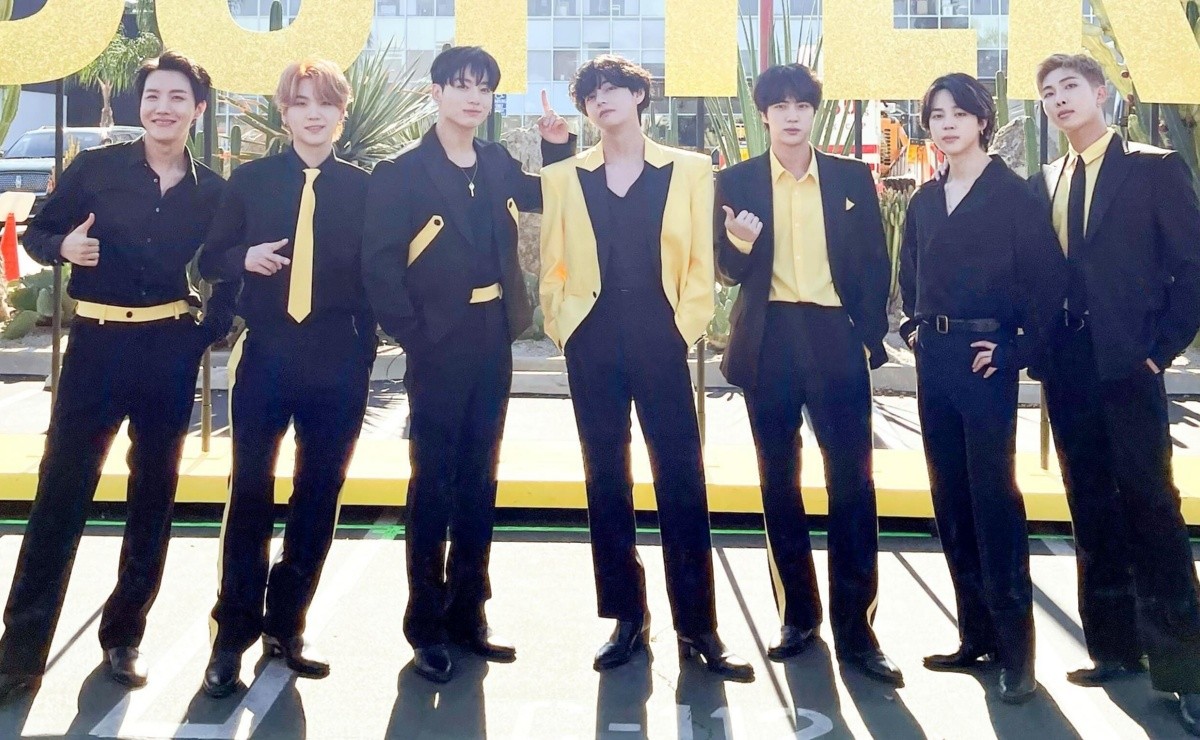 AAAARMYYYYYYYYY! The BTS new world tour It is just around the corner. Big Hit Music, the agency that represents the boyband originally from South Korea, released four concerts in Las Vegas, Nevada, United Statesas well as the possible assistance from RM, Jin, Suga, J-Hope, Jimin, V and Jungkookat the 64th installment of the Grammy awardsawarded by the National Academy of Recording Arts and Sciences of the United States.

The concerts of “BTS Permission to Dance On Stage – Las Vegas”They will be carried out April 8, 9, 15 and 16 at Allegiant Stadiumwith a capacity for 65 thousand people.

In a statement posted on Weverse, Big Hit Music said, “While looking for ways to meet more ARMYs in person, we have decided to hold concerts in Las Vegas, USA. We are doing our best to prepare in accordance with the guidelines.” of medical care for a safe and quality concert”.

The concert on April 16 will be held with live streaming online. Likewise, it was reported that the four dates of “BTS Permission to Dance On Stage – Las Vegas”, will be broadcast live on a big screen at the MGM Grand Garden Arena in a “Live Play” event.

“Live Play is a paid face-to-face event where ARMY can watch the concert in real time, on a big screen to feel the lively moment of the concert. In addition, there will be several face-to-face programs such as Photo Card Random Box and Photo Zone to enjoy even more.” of the concert”.

The tickets sale will be carried out through the system ticketmaster; In the next few days all the details will be announced.

These four face-to-face concerts of btswill take place one month after the three shows at the Olympic Stadium in Seoul, South Korea, and five days after the delivery of the Grammy Awards 2022where the idols are nominated in the category “Best Duo/Group Performance”for his international hit “Butter.”

On the possibility of BTS attending the Grammys, a ceremony that will take place at the MGM Grand Garden Arena in Las Vegas, Big Hit stated in the statement:

“We put the health of artists and fans as our top priority, to keep participation in the 64th Grammy Awards and ‘BTS Permission to Dance On Stage – Las Vegas’ concert as safe as possible. We will provide you with more information about the live stream online in a separate notice at a later date.”

The confirmation of the four concerts in Las Vegas, Nevada, comes after what was commented by Park Jiwon, CEO of HYBE, during a company conference with the subsidiary record companies, including Big Hit Music: “in addition to the three concerts scheduled for March , BTS is planning others overseas. We’ll keep you posted with more details soon!”

Graduated from the Universidad de Occidente in 2010 with a degree in Communication Sciences, passionate about human journalism. After participating in the “La Oveja Negra” Talent Workshop given by the Ideas Machine, I was recruited by El Debate companies and months after graduating, I began working as a general information and police reporter. I am the proud founder of Periódico La i (where I worked as editor and reporter) in the city of Guamúchil, Sinaloa, the popular newspaper of El Debate. Two years later I became editor of the newspaper La Sirena, another of the company’s popular newspapers. Later I migrated from paper to digital, when I went to our web portal www.debate.com.mx, witnessing the evolution and growth it has had. I am currently a web reporter and entertainment journalist, conducting interviews with local, national and international singers, groups and actors, I have also specialized in K-Pop and K-Dramas. In these years working in the company, I have acquired knowledge about SEO positioning in Google and Analitycs, as well as content development for social networks.