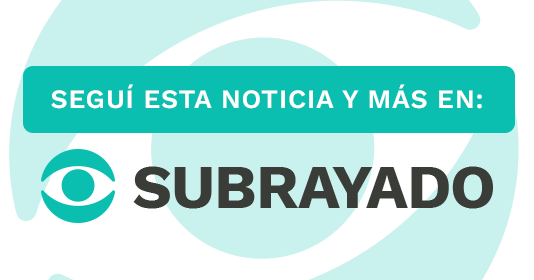 “Every year it is a privilege for us to have the opportunity and responsibility to review and award our research and preservation grants. We have great pleasure in recognizing this year’s recipients for their outstanding contributions and work,” said Manuel Abud, CEO of The Latin Recording Academy. “It has been very inspiring to witness the abundance of musical talent and projects that honor and preserve the legacy of Latin music. We look forward to continuing this program for future generations.”

Preservation Grants are awarded to:

— Dr. Rosa Iraima Sulbarán and Melisa Colmenares, Mérida, Venezuela – “Audiovisual Archive of Resiliences: Traditional Music” is a project that aims to preserve audiovisual documents and highlight resilience in centuries-old rituals and musical genres recorded in various areas of Venezuela . The materials are part of personal collections to which the public does not have access, so they remain invisible. It is hoped that these collections will be made widely known to the public. The audiovisual, photographic and testimonial records cover six musical cultures, which were recorded with advanced technology under scientific and ethical principles. They reflect emblematic rituals, characteristics and meanings for the continent and show a history of regional conflicts and crises throughout Latin America. In this stage of history, manifestations are addressed in popular religiosity environments that reveal imagination and resilience to rebuild life, and the symbolic practices of the cultic peoples. The material not only makes it possible to observe and transmit qualities such as resilience, but also helps to appreciate the true value of traditional popular cultures and their musical genres.

— The Regents of University of California, Santa Barbara, UC Santa Barbara Library – The funding for the “Preservation and Assessment of the Astor Piazzolla Materials in the Edouard Pecourt Collection” project comes at a significant time as it is celebrated around the world the centenary of Piazzolla’s birth in 1921. This anniversary has generated attention among artists and audiences internationally, and has led to tribute concerts and recordings, documentaries and exhibitions in a variety of cities, from Buenos Aires to Trondheim, Seoul and Houston. . The occasion offers additional motivation to raise awareness of Piazzolla’s life and promote research into his work. The Pecourt Collection contains important documents related to Piazzolla’s life and career. There are open reel recordings, audiocassettes, videos, manuscripts, photographs, and other items that need additional documentation and study. The correspondence between Piazzolla and Pecourt also requires further exploration and documentation. These materials offer clues about Piazzolla’s decisions, ideas and compositions. Since Piazzolla was a musical revolutionary and a highly popular composer of tango and Latin American music, it is important that this collection be made available to scholars and included in the larger context of Piazzolla’s work and 20th century Latin American music. XX.

Research Grants are awarded to:

— Andrea López and Víctor López, Mexico – The purpose of the project “The past that sounds and resonates: our nineteenth-century heritage” is to produce three videos with works of musical genres of impact in the nineteenth century in Mexico that are registered in historical archives. The discovery of this set of works will help explain how these sounds and genres persist to the present day, as well as provide a visual context to help listeners better understand and enjoy this type of music. Among the generated materials that will be offered free on the Internet will be videos, sound tracks, digital versions of scores, books, and complementary audiovisual material. Members of the Music Seminar in New Spain and Independent Mexico (Musicat) of the Institute of Aesthetic Research of the National Autonomous University of Mexico (UNAM) will be able to continue their research, and will offer a perspective for historical interpretation informed by the unpublished works of different genres from the 19th century that are proposed for the project. The sound production will be contextualized with graphic elements and visual elements to produce three videos. Traditional practices that are still relevant will be observed in the field and recorded in order to contrast them with the historical ones from which they arose and preserve them as a living testimony.

A committee of experts from Latin America, the Iberian Peninsula and the United States selected the recipients from among many prominent candidates. Since its inception in 2015, the program has awarded grants totaling more than $155,000. One of these projects won a Latin GRAMMY® and a GRAMMY®.

ABOUT THE LATIN GRAMMY CULTURAL FOUNDATION:

The Latin GRAMMY® Cultural Foundation is a 501(c)(3) non-profit charitable entity by The Latin Recording Academy® in 2014 to increase international interest in and appreciation of the significant contributions of Latin music and its creators to world culture. The Foundation offers college scholarships, educational programs, and grants to support the research and preservation of its rich musical legacy, and to date has donated more than $6.5 million with the support of members of The Latin Academy, artists, corporate sponsors, and others. generous donors. For more information or to make a donation, please visit latingrammyculturalfoundation.com, Amazon Smile, or our Facebook page. And follow @latingrammyfdn on Twitter and Instagram, and the Latin GRAMMY Cultural Foundation on Facebook.

© 2022 Business Wire, Inc. Disclaimer: This document is not an AFP document and AFP is not responsible for its content. For any questions regarding such content, please contact the persons/entities mentioned in the press release.