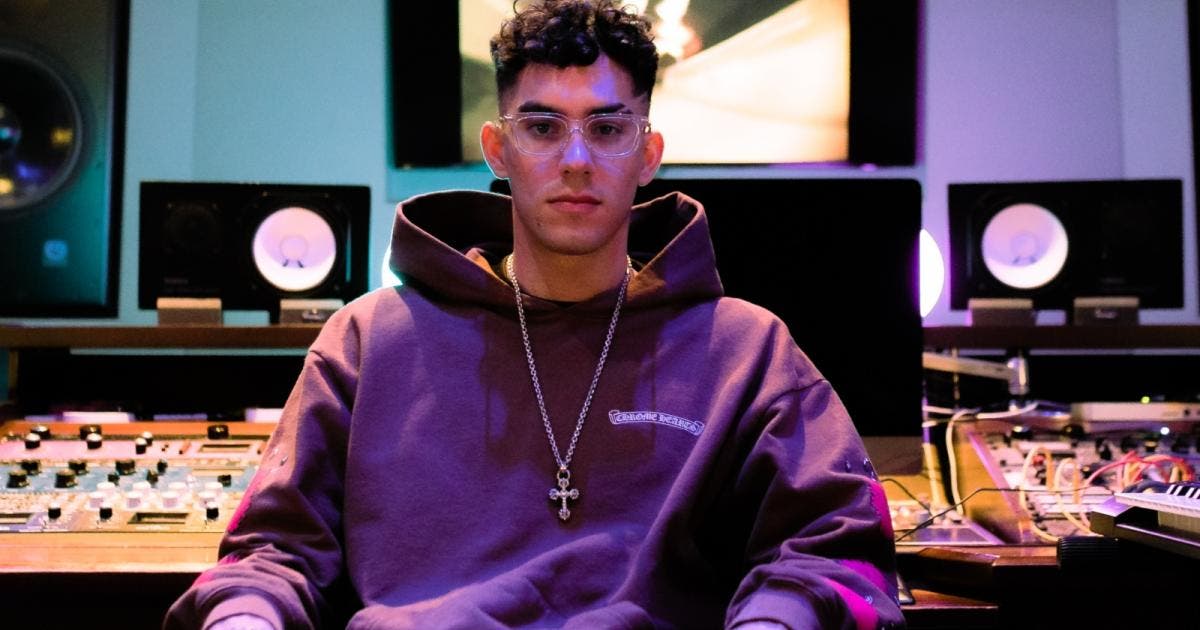 Adrián Sánchez, a young multi-platinum Venezuelan producer who, at only 25 years of age, has managed to work alongside the most important artists in the world. Better known as Eydren, he left his home country behind with the sole mission of fulfilling his dream, a sacrifice that has paid off so far.

He started in music at the age of 15, but it was until he was 23 years old -between 2019-2020- that he began to reap his first achievements. However, for different reasons, Eydren hesitated to pursue her musical career until she moved from her native country to Miami in 2020, where she received support and advice to continue her project, thus achieving her signing with Universal Music Publishing. .

“When I left Venezuela I got my first contract, I started working on sessions with artists in the studio, and I saw that they liked my sound and my vision. That’s when I finally understood that music was going to be my career,” he said.

Eydren has managed to put together a huge curriculum of collaborations in which successes stand out together with one of the greatest representatives of the urban genre: Rauw Alejandro, as well as songs with Lele Pons, Piso 21, St. Pedro, Luar La L, TiagoPZK, Bryant Myers , KHEA, Anthony Ramos, among others.

On the momentum that his career has had in recent years, the artist born in Caracas detailed the story:

“I started working as a producer in Venezuela, creating songs, little by little I was marking my sound. But my life changed when in 2019 I received a response from Rauw on Instagram, ”he highlighted with a laugh.

“At that time I sent my beats to different artists through messages on social networks, trying to be heard, and one day I received a DM from him telling me that he liked what he had heard (…) Rauw believed in me and I will be grateful to him for life. He has given me the opportunity to work closely with him on his projects, and it was thanks to him that I was able to have my first big songs, that my sound was heard worldwide”.

This year Eydren joined the select group of Venezuelan producers who have been nominated for Grammys, on this first occasion for Rauw Alejandro’s album “Afrodisiaco”, which appears in the Best Urban Music Album category. Likewise, the young man has been able to work on songs such as “My Days Without You”, “Tell Him”, “Enchule”, “Cosa Guapa” and “Museo” in the various projects of the Puerto Rican singer. In addition, with artists like Lele Pons he produced “Al Lau”, ​​with Piso 21 the song “Mató Mi Corazón”, with St. Pedro and Luar La L, for the song “VEN” and with Joonti he performed “Life”.

Eydren is recognized for his versatility when creating music, this due to the wide spectrum of artists that serve as inspiration in which are names like: Linkin Park, blink-182, My Chemical Romance, Red Hot Chili Peppers, Eminem , Kanye West, The Weeknd, Skrillex and, of course, his greatest influence: the king of pop, Michael Jackson.

“I started producing because I wanted to be in the electronic music scene, for people to feel something when they heard what I was doing. Then I tried to make songs with established composers and artists, until I got to where I am today. I love music, my influences are a variety of genres, from Rock N Roll, electronic music to reggaeton and hip-hop”, commented Eydren.

Eydren is very clear that his career is just beginning and he hopes to leave his name marked in the music industry, which is why he works every day for that purpose.

“As a producer I work and learn every day to improve. I want to mark my sound and implant it in music worldwide, without barriers or any kind of qualification. Music is what I am most passionate about and I give my best in everything I do. I want to leave my mark ”, he sentenced.

Eydren, the multi-platinum producer who went from sleeping on couches to being nominated for a Grammy