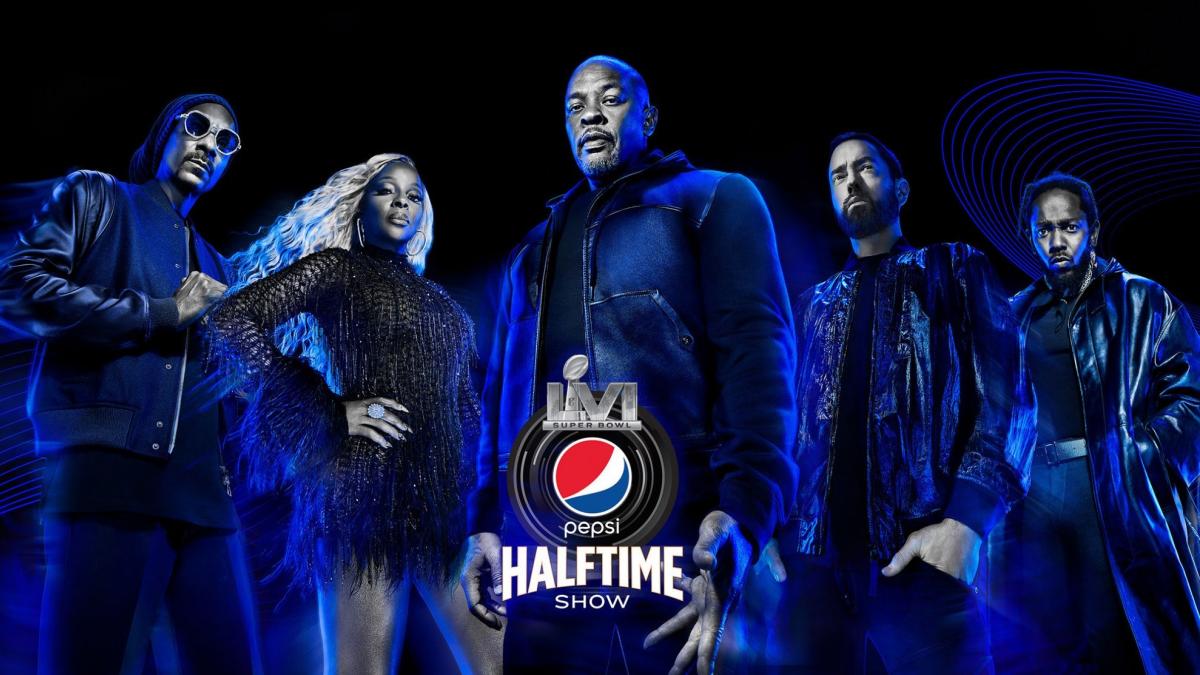 This Sunday the Super Bowl is played, the popular final of the championship of the National Football League (NFL in English) of the United States. The Cincinnati Bengals (the winners of the American Conference) and the Los Angeles Rams (the winners of the National Conference) play the final in its 56th edition, which is broadcast in Spain through Movistar +. The match starts at 00:30 (at dawn from Sunday to Monday) and can be followed on the #Vamos and Movistar Deportes channels.

Like every year, apart from the match and who will sing the US national anthem, one of the things that generates the most expectation is the halftime performance. Even people who don’t follow the NFL are watching the timeout show. The intermission show of the final began in the 70s with local musicians and has been evolving and after the success of Michael Jackson’s performance in 1994, every year a great band or a popular singer takes on the task of surprising the audience from all over the planet.

Last year, The Weeknd had the difficult role of performing in a stadium with 30% capacity due to the restrictions of Covid 19 and, despite the fact that the singer invested 7 million euros in his performance to make it as spectacular as possible, ended for not fully convincing viewers. Well, apart from the covid, he acted in the shadow of Jennifer López and Shakira, who offered an amazing show in February 2020.

This year it is the turn of five great names of American rap who will sing live at the SoFi stadium in Inglewood: Dr. Dre, Snoop Dogg, Eminem, Mary J. Blige and Kendrick Lamar will be in charge of enlivening the intermission of the final in one of the biggest stages in the world.

The four rappers will be joined by R&B singer Mary J. Blige. Around 02:00 a.m. Spanish time, these artists will take to the stadium stage, becoming one of the best casts in Super Bowl history. Together they have a total of 43 Grammys and 21 number 1 albums on the prestigious Billboard list. But who is each of the artists?

Watch these five music titans get ready for the #PepsiHalftime Show on Feb 13th. https://t.co/Zgesis0IWB pic.twitter.com/KiUqUjYZxi

Andre Romelle Young, better known as Dr. Dre, is a 56-year-old American veteran rapper. He started his musical career in the 80’s with the hip hop group NWA. During all these years he has won six Grammy Awards as a music producer.

He is also the founder of the Aftermath Entertainment record label and the Beats headphone company. Before his current music company he worked at Death Row Records and was responsible for various works by Eminem, Snoop Dogg and Kendrick Lamar. For this reason, in the Super Bowl Halftime Show teaser, Dr. Dre is responsible for calling and bringing together the other artists.

Snoop Dogg, Calvin Cordozar Broadus Jr. is his real name, he is one of the most popular and successful rappers in the world. He started his career on a Dr. Dre song, Deep Cover and since then he has released 18 albums the last one last year under the name From tha Streets 2 tha Suites. It’s over, the beginning of the Dr. Dre song The Next Episode in which Snoop Dogg participated, is one of the most viral songs on the internet in recent years.

The 50-year-old rapper is also a US television personality. In 2016 he started presenting Martha & Snoop’s Potluck Diner Party alongside Martha Stewart. Likewise, Snoop Dogg has participated in the Roast aired on Comedy Central from Justin Bieber, Flavor Flav and even Donald Trump before he became president. He has also served as a commentator on UFC fights.

At 49, Marshal Bruce Matther III, better known as Eminem, is one of the most streamed rappers in the world. The musician is about to celebrate his 26-year career, has 15 Grammy Awards and is the ninth best-selling artist of all time, with 220 million sales.

Eminem became popular in the late 90s with the nickname ‘Slim Shady’ his alter ego that actually appears at the beginning of the teaser announcing the Super Bowl 2022 performance. In recent years he has been a bit missing, but everything points out that the rapper is back and still has a lot to offer.

For her part, Blige is a 50-year-old rhythm and blues singer who burst onto the music scene in 1991. Since then, she has released 13 studio albums and won eight Grammy Awards.

In addition to her singing side, Blige has also appeared in various movies and television shows. In fact, in 2017, his performance in the movie mudbound and his song created for this feature film received nominations at the Oscars.

Kendrick Lamar is the youngest of the cast of artists who will perform at the Super Bowl this year, but he is no less important for that. The 34-year-old rapper has 13 Grammy Awards to his credit and his album Damn published in 2017 received the Pulitzer Prize in the category of Music. Thanks to this milestone he became the first non-classical or jazz artist to win the Pulitzer Prize.

In all, Lamar has four studio albums and has also produced several albums for other artists. In addition, he is responsible for the soundtrack of the film Black Panther from Marvel.

From Snoop Dogg to Eminem: All the Artists Performing at Super Bowl Halftime