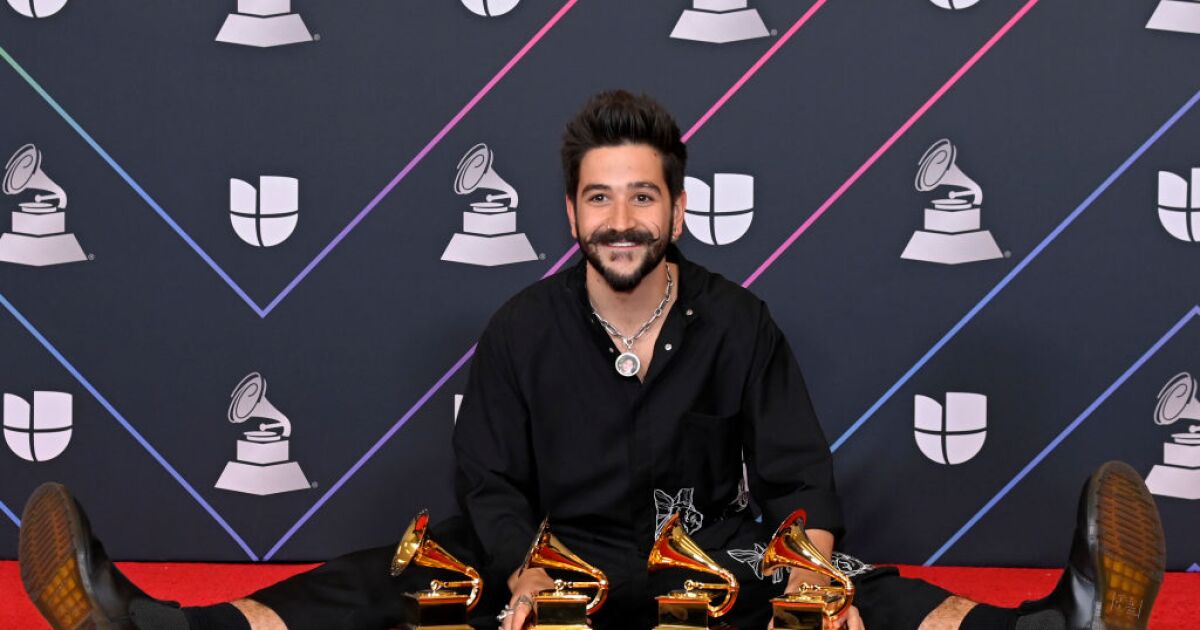 A new edition of the Grammy Awards, still considered the most important awards in the music industry in the world. For this year, several Colombian projects are finalists in the Latin categories.

After his album Visceral. That earned her three Latin Grammy nominations in 2019, the Bogota singer released six songs gathered in an EP dedicated to her great loves.

This launch represents a pause in her career, as she admits, “I did it in a pandemic, it does not talk about the issue of the pandemic, but it doesí talks about the love of joining the family, of being a mother for the first time, of all the new experiences and experiencesFrom there I started to make this collection of songs, some were already there, others we did from scratch ”says Paula.

It is a finalist in the Best Latin Pop Album category.

Camilo tells about his new album that “These songs were born from the need to feel close to my followers, which I think are the best I have written in my entire life. I am sure that they will travel at the speed at which I would like to be traveling to embrace them ”.

For this album, the Colombian worked with hitmaker Edgar Barrera, who has become the co-pilot of his musical project.

This 24-track album is one of the reggaeton projects that were born and grew up in a pandemic. J Balvin has collaborations on this album such as Dua Lipa, Skrillex, Sech, Feid, Maria Becerra, among others.

The new of Karol G is thought of the future, but musically it has an interesting exploration in the past exploring genres such as bossa nova in Boat, sampling Sean Kingston’s hit on the track Beautiful boy, appropriating country music in Location, reverting a classic of perreo like I’m just better by Yandar and Yostin or paying homage to their reggaeton idols in Legends.

‘Without fear (Of love and other demons) ∞’ is the second full-length album by Kali Uchis. The first to sing almost entirely in Spanish. If we had already heard her doing neo soul with reggae and R&B, on this album Kali embraces not only the language, but also the rhythms associated with Latin.
The result was a visionary songbook that twists the experience of a Paisa cantina, refines it and filters it with trap and neo soul until it becomes the most hardcore perreo. There are thirteen cuts that, from the outset, are presented as minimal, synthesized and watery beats but that gradually intensify in dembow.

Four years after releasing his fifth album, Tutor, the duo made up of Simón Mejía and Li Saumet returned with a work that recalls the Caribbean verve of the classic Tropical Elegance. Let, Produced by the guitarist José Castillo and the percussionist Efrain “Pacho” Cuadrado, it is composed of four EPs of three songs that Bomba Estéreo released during the year and that represent the four elements of nature: Water, Air, Earth Y Fire.

The first two made up a block with the most contemplative and motivational songs in rhythm and text; they sing to the water and included sounds of the landscape (Now). The seconds sped up and turned to dance music: in Earth highlights anti-narcissist Afrobeat with Nigerian Yemi Alade (Total Connection) and in Fire the disco conversion of the music of the Mexican singer-songwriter Leonel García.

Although El Diamante Eléctrico already has in its backpack three Latin Grammys and the recognition of the industry for the neatness of its previous albums, this is the first time that it has felt that the project has connected with a mass audience in the country.
The album had four Latin Grammy nominations and, although that is pure adornment, his songs are, more than ever, to sing at the top of his lungs; to feel like a Colombian citizen. Curiously, when they turned to less universal letters, and adjusted more to our time and space, they encompassed more emotions. Sometimes Y Let go of me Bogotá They are themes to save in the playlist and repeat over and over again.

‘Origen’ is an album devoid of gadgets and electronic resources that could have adorned and diverted attention. We meet a Juanes who, just as he pays homage to his sonic heroes, is also capable of stamping that repertoire.

Grammy Awards 2022: the 8 Colombian albums for the Academy Awards