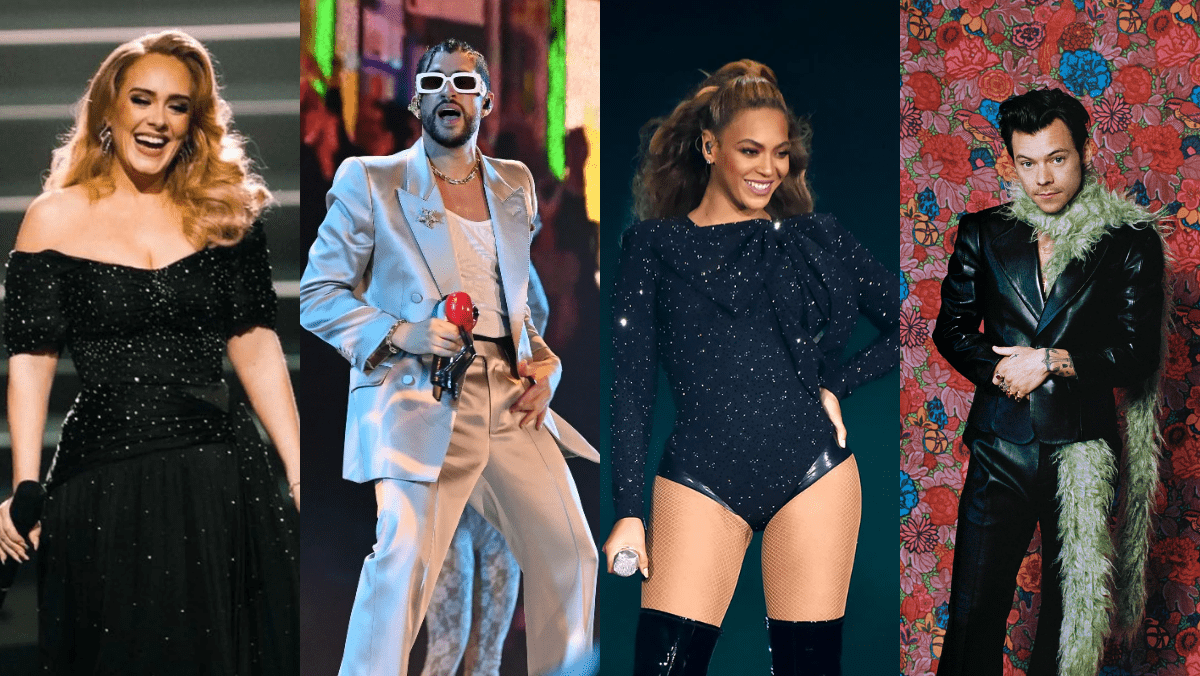 There is little left to know the expected 2023 grammy nominations list: below we will let you know when, what time and where to see the ceremony.

The most important award in the music industry is about to announce its nominees. It’s about the Grammys 2023, that in November the artists and albums that are candidates to win more than one golden gramophone will finally be announced.

And it is that after knowing the list of nominations to the LatinGrammy 2022, It is the turn of the American version. This year, nominations are expected from Beyoncé, The Weekend, Adele, Harry Styles or Bad Bunny.

When and what time is the 2023 Grammy Awards nominations ceremony?

The Recording Academy will announce nominations for the 65a 2023 Grammy Awards Annual Showin its 91 categories, live from the Grammy Museum and during the week of the Latin Grammy, that is on Tuesday, November 15 at 9 am (Pacific) / 12 pm (Eastern Time).

“We are so excited to celebrate all of this year’s Grammy nominees who contributed to such a prolific year in music.”said Harvey Mason Jr., CEO of the Recording Academyit’s a statement. “With the addition of five new categories and a diverse new class of voting members, we look forward to honoring all of this amazing music and the people who made it.”

What are the new categories in the 2023 Grammy nominations?

The five new categories in the 2023 Grammy nominations are as follows:

In addition, a new special award of merit will be awarded to the best song for social change, which “celebrates a song that addresses a current social issue and promotes understanding, peacebuilding, and empathy,” according to the Academy.

Where can you SEE the 2023 Grammy nominations LIVE?

The event will be broadcast live, by streaming, through live.grammy.com and through the channels of the academy in Facebook, YouTube, Twitter, Instagram Y TikTok. The full list of nominees will be posted on grammy.com immediately after the announcement. The presenters will be announced in the coming days.

The nominations will be announced just two days before the 23rd annual Latin Grammy Awards at the Michelob Ultra Arena in Las Vegas.

When will the 2023 Grammy ceremony be?

For Latin America, people will be able to see the ceremony LIVE, through the TNT signal.

Who will present the Latin Grammy 2023?

Anitta, Luis Fonsi, Laura Pausini and Thalía will host the LatinGrammy 2022, which will be broadcast on Thursday, November 17 by Univision.

Grammy nominations 2023: when, what time and where to see the ceremony