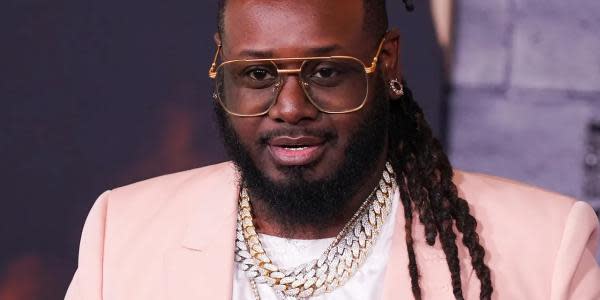 Unfortunately, toxicity remains one of the most serious problems in the video game industry. On many occasions the insults evolve and become threats against the developers, a deplorable situation whichever way you look at it. Given this, a famous rapper raised his voice and criticized toxic gamers.

As we told you a few weeks ago, Respawn Entertainment, the studio responsible for apex legendsshared that many of its developers are targets of harassment, insults and threats from a sector of the community. In a statement, he attacked these undesirable behaviors and assured that he will take the corresponding measures to protect the integrity of his workers.

In case you missed it: STUDY: one in 2 women suffers harassment and violence in online games

The publication of the study generated all kinds of comments on social networks. Although the vast majority of users showed their solidarity and strongly criticized the harassment, there were those who justified the toxicity by ensuring that it is a consequence of not listening to the community’s requests.

Related video: Chat banned in the most toxic game in the world: League of Legends

T-Pain, rapper and Twitch streamer, lashes out at toxicity in gaming

In any case, it is clear that no cause justifies harassing and threatening an employee of a video game studio. Among the people who expressed their disgust at the wave of toxicity we found Faheem “T-Pain” Najm, a prestigious American rapper.

In case you don’t know him, T-Pain is a musician who in 2008 won a Grammy Award for his single goodlife. Beyond his extensive music career, which spans 5 albums and over 30 artist collaborations, he also enjoys showcasing his passion for gaming on his Twitch channel.

When Respawn Entertainment made the situation known to its workers, the rapper lashed out at the toxic gamers in the community and called for sanity.

“Brothers, you have to relax. It’s a fucking game, man. Play something else if you hate it so much. Step away from your PC or console if a game consumes you so much that you feel the need to threaten the people who work hard to make it. Relax bro, ”said T-Pain on his Twitter account.

Certainly, Faheem Najm knows firsthand the toxicity present in the gaming community. As he demonstrated in a TikTok video, on some occasions must deal with racist players in titles like Call of Duty.

But tell us, what do you think of this situation? Do you agree with T-Pain’s statements? Let us read you in the comments.

Stay informed here, at LEVEL UP.

Related video: THEY WERE PARTYING! Video game genres we thought were dead