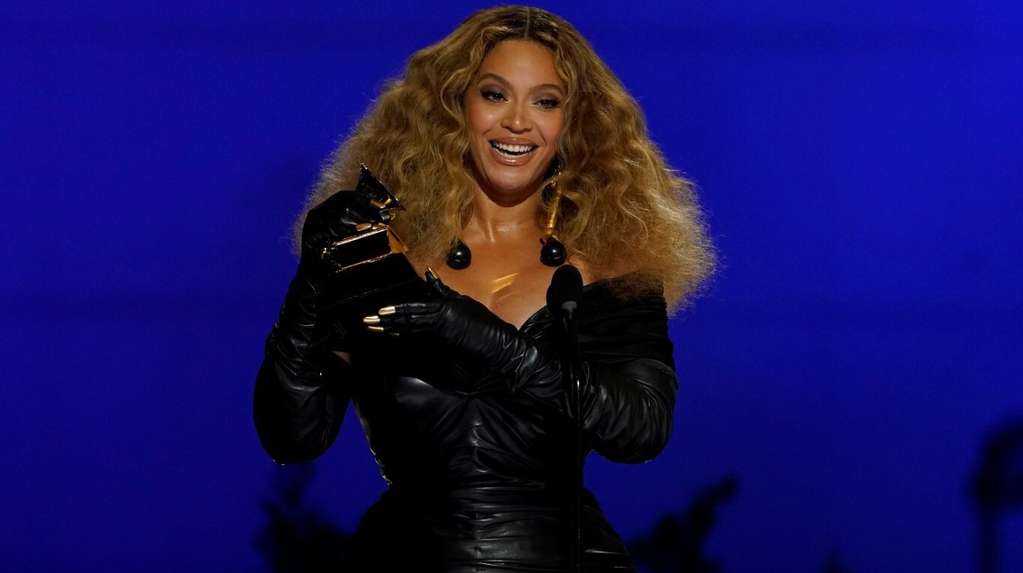 For the ceremony of Grammy Awards 2022 there will be 69 categories with statuettes waiting for their recipients but, as happens in each edition, they will wait for know who will be big winnersa characteristic always implicit in the gala that celebrates the best of music from the United States and to the world.

On this occasion, the event will be held on a different date and place than those repeated in recent years, as a result of the coronavirus pandemic: It will be at the MGM Grand in Las Vegas this Sunday, April 3.when it usually took place in February in the city of Los Angeles.

In the face of this new installment of the Grammy awardsis a review of the big winners of the last five editions.

In a reduced format and without a red carpet due to the pandemic, but with a handful of artists gathered at the Staples Center in Los Angeles, the The 63rd edition of the Grammys had two women who made history: Beyoncé and Taylor Swift.

I also read: Grammy Awards 2022: the list of all the nominees

After having reached the highest number of nominations for the grammys for a female figure (79), Beyoncé raised four gramophones and entered the books as the most awarded woman with 28 statuettes, beating Alison Krauss’s 27. “Queen Bey”, this time, won for Best Song and Best Rap Performance (Savage –remix-), Best Music Video (Brown Skin Girl) and Best R&B Performance (Black Parade).

With the recognition of Best album of the year for FolkloreTaylor Swiftmeanwhile, became the first woman to obtain this recognition three times (beside Fearless in 2010 and 1989 in 2016). Thus, she also joined the table where Frank Sinatra, Stevie Wonder and Paul Simon sit.

the young billie eilishwho had just swept the previous year, won the award at the end of the gala for the best recording of the year for his song Everything I Wanted.

Special mention for the Argentine Fito Paez: Won the Grammy Award for Best Latin Rock or Alternative Album thanks to your album The conquest of space.

What was said: Billie Eilish was the big winner of the 2020 Grammy Awardsin a Staples Center moved by the death of former basketball player Kobe Bryant hours before.

The American singer-songwriter, who had already scored a record for being the youngest person nominated in the four main categories of the Grammy (he was 17 years old at the time), he left none when the awards were given and he had already turned 18. His harvest: Best New Artist, Best Song and Best Recording (Bad Guy), Best Contemporary Pop Vocal Album, and Best Album of the Year Overall (When We All Fall Asleep, Where Do We Go?).

It was the second time in 62 editions that someone won the four general categories of the Grammy Awards in the same year.. The previous one had been Christopher Cross in 1981. Adele also knew how to win them but in different seasons.

the rapper Lizzo was the other winner of that night in 2020 with three Grammys: Best Pop Solo Performance for Truth HurtsBest Traditional R&B Performance for Jerome and Best Urban Contemporary Album for Cuz I love you (Deluxe).

Grammy Awards 2019: the night of country and trap

Kacey Musgraves reigned at the 61st Grammy Awards, which was presented by Alicia Keys. The country singer dominated her field from end to end and won four awards, including Best Album of the Year (Golden hour).

Childish Gambinowho did not attend the ceremony held at the Staples Center in Los Angeles, was another of the big winners of the night: your theme This is America It was consecrated as Best Song, Best Recording, Best Music Video and Best Rap/Sung Performance.

Cardi-B had a dream and historic gala as it was the first woman to win Best Rap Album (invasion of privacy).

Lady Gaga was another of the artists recognized in these Grammy: the song shallow, which she performed alongside Bradley Cooper for the film “A Star is Born”, won in the categories for Best Pop Duo and Best Composition for Audiovisual Media. In addition, she received two other statuettes for Best Pop Solo Performance and Best Solo Performance for Joanne (Where do you think you’re going?).

And if it’s about winning women, there she was Claudia Brant, the Argentine living in Los Angeles who won the Grammy for Best Latin Pop Album for sincere.

For this edition of the Grammys, the 60th, which took place at Madison Square Garden in New York, a close feud between rappers Kendrick Lamar and Jay-Z was expected, but Bruno Mars arrived and became the sensation of the night.

The Hawaiian singer got in total six awards, and swept the main: Best Album (24K Magic), Best Recording (24K Magic) and Best Song of the Year (That’s What I Like).

For its part, Lamar got five gramophonestopping the rap categories, and Jay-Z, who was up for eight awards, walked away empty-handed.

At the Staples Center in Los Angeles, Two London artists were featured at the 59th Grammy Awards: Adele and the late David Bowie.

Adele won all five awards she was vying for, including the top three: Best Album (25), Best Recording and Best Song of the Year, both for Hellowhile David Bowie, who died on January 10, 2016, also won in five categoriesthose for Best Rock Song (black star), Best Rock Performance and Best Alternative Music Album, and in the fields of Best Packaging Design (shared with Artistic Director Jonathan Barnbrook) and Best Music Engineering in a Non-Classical Music Album (joint Tom Elmhirst, Kevin Killen , Tony Visconti and Joe LaPorta), all of them for their latest studio album, black starnumber 25 of his career.

Beyoncewho aspired to nine gramophones, had to settle for two awards: Best Contemporary Urban Album for lemonade and Best Music Video for Formation.

Grammys 2022: the big winners of the last 5 editions