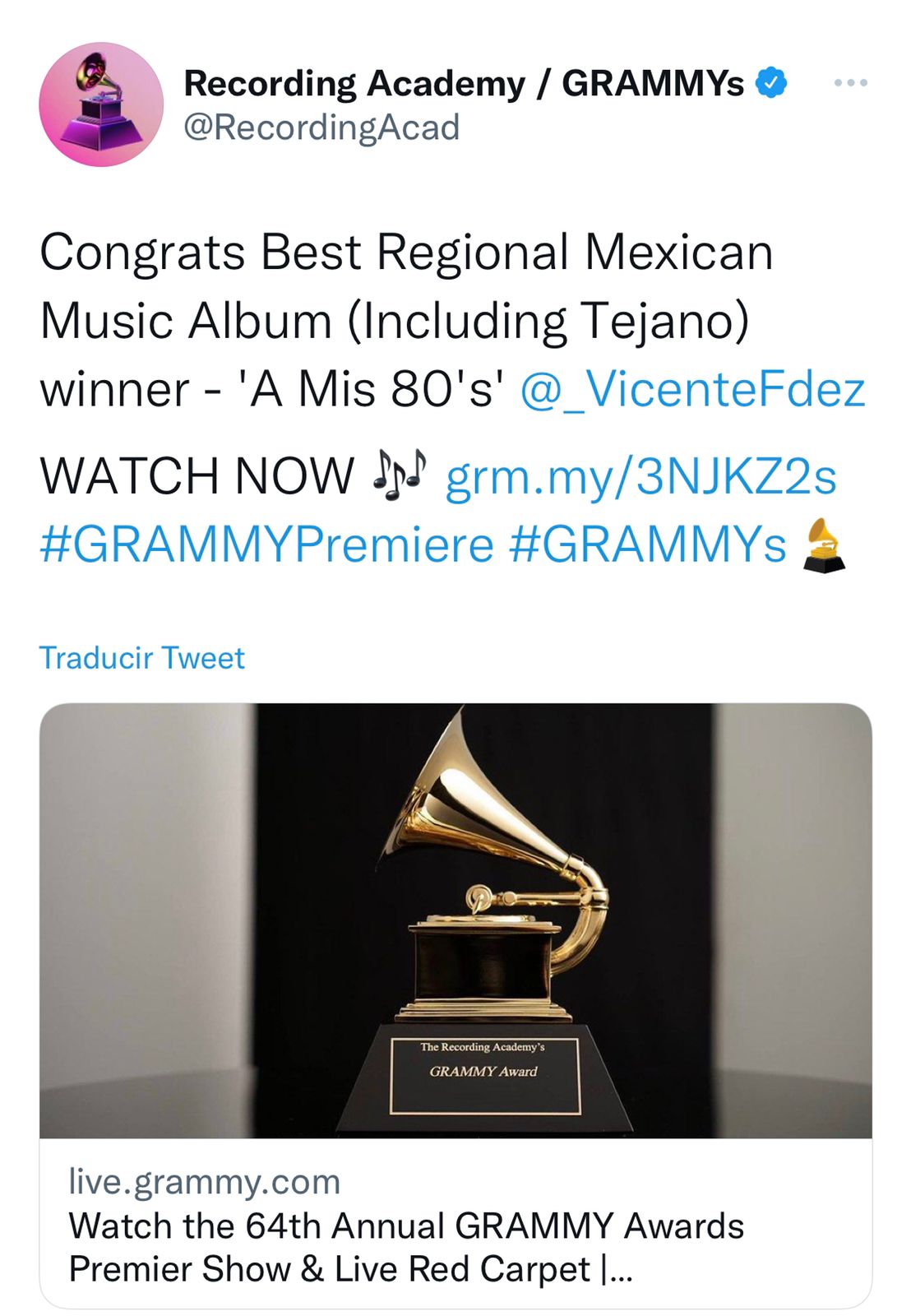 During the non-televised event prior to the Grammy Awards 2022where mention was made of the first winners of any of the multiple categories of the gala, A disconcerting event occurred that Internet users, especially Mexicans, did not ignore.

And it is that the singer of music country jimmy allenwho presented the winner to Best Regional Mexican Albumhe said after announcing as the winner Vicente Fernandez who could not attend the award ceremony in Las Vegas, since the famous charro of Huentitan passed away on December 12, 2021.

the singer of Law of the hill Y Divine women he won a posthumous award for his last work before he died: to my 80sbut at the time of making it known, the American musician made a mistake and made it clear.

“He (Vicente Fernández) did not come either, but congratulations. This is a great honor, even if you were not able to attend today”said Allen, who probably does not know the identity of Fernández and also that the charro has passed away.

Criticism was immediate against the musician, as it seemed, according to multiple Internet users, that Allen did not know one of the greatest icons of the regional Mexican genrecausing greater surprise the fact that the musician presented such a category without knowing much about the subject.

“How did they say that Vicente Fernández could not go to the Grammys”, “Do they award Vicente Fernández and the presenter says he did not come?”, “Who tells Vicente Fernández not to go?”, are some of the comments that They were surprised at the musician’s ignorance regarding the internationally famous charro.

The National Academy of Recording Arts and Sciences of the United States wanted to recognize the latest album by Vicente Fernández in a section of the Grammys in which musical subgenres such as banda, norteño, corrido, mariachi, grupero and ranchera are grouped. And although this category could be thought to be more related to the Latin Grammy, it is the “Anglo” edition of the gala where he joined. 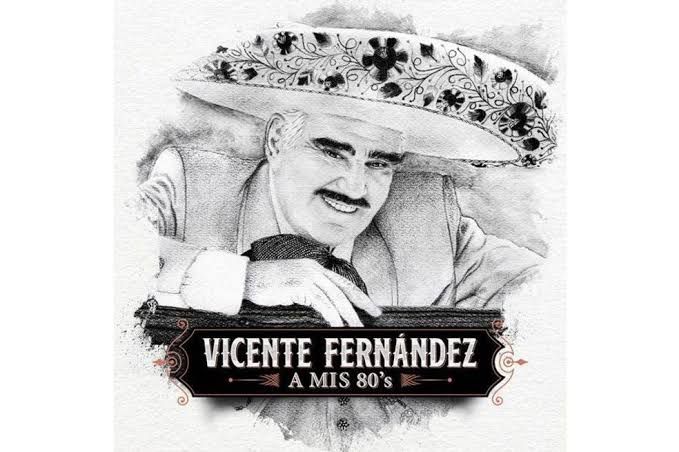 His work “A mi 80’s” was recognized by the academy (Photo: Instagram/@_vicentefdez)

The album to my 80scomposed of 13 songs of his authorship that include The boat, don’t insist anymore, sweetheart, I swear I’ll never come back oh my grandsoncame to light in December 2020 and tonight was awarded at the 64th edition of the Grammys, which return to the ‘normality’, but this time from the MGM Grand Garden Arena, in the city of Las Vegas, Nevada, due to the increase in positive cases of COVID-19 experienced by Los Angeles, the city that traditionally hosted the gala, in January.

Throughout his entire career, Chente recorded more than a hundred albums, filmed 20 films and received innumerable awards in life such as: three Grammy Awards, eight Latin Grammy Awards, 14 Lo Nuestro Awards and a star on the Hollywood Walk of Fame.

The death of charro of Huentitan deeply shocked his millions of fans, his colleagues and above all his family, according to the reporters who came to receive the health report, His children and grandchildren had been meeting at the Country 2000 hospital in Guadalajara for a couple of dayssite where the singer died in December 2021.